S. Korea to Launch FTA Talks with Cambodia in July 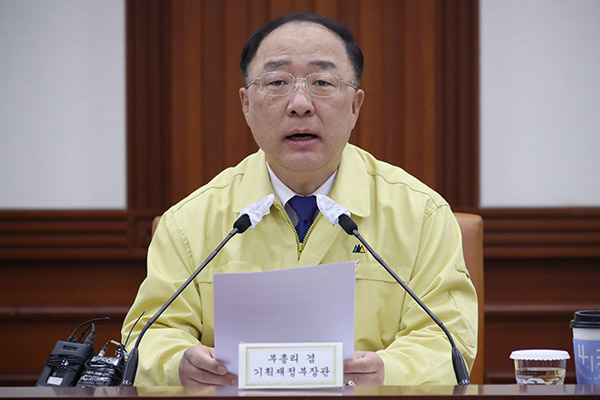 On June 15, Deputy Prime Minister and Finance Minister Hong Nam-ki said that South Korea would start negotiations for a free trade agreement with Cambodia in July. While South Korea has already signed an FTA with the Association of Southeast Asian Nations or ASEAN, the efficiency and the level of openness of the trade pact are rather limited. Against the backdrop, expectations are running high for a bilateral FTA between South Korea and Cambodia. Here is Kim Hyun-su(김현수), chief researcher at the Institute for International Trade under the Korea International Trade Association.

An FTA with Cambodia is part of the South Korean government’s efforts to strengthen political and economic ties with countries in Southeast Asia. Under the so-called “New Southern Policy,” South Korea seeks to elevate its relations with ASEAN to the same level as those with four major countries such as the U.S., China, Japan and Russia. In November last year, South Korea and Cambodia started a joint feasibility study on their FTA in line with the South Korea-ASEAN summit.

In fact, both countries have been subject to the South Korea-ASEAN FTA that took effect in 2007. A bilateral FTA between South Korea and Cambodia has the purpose of promoting greater market access with the existing FTA and further expanding economic cooperation. About half of South Korea’s trade with ASEAN is concentrated on Vietnam. The top three trading partners in the region, namely, Vietnam, Singapore and Malaysia, account for more than 70 percent of South Korea’s total trade with ASEAN. For South Korea, it is essential to diversify its economic partners and explore a new consumer market and production base. Cambodia is a promising country that is believed to meet this demand.

South Korea and Indonesia signed a trade deal, known as the Comprehensive Economic Partnership Agreement, last year. Taking a step further, Korea is ready to embark on FTA negotiations with Cambodia this year so it will hopefully secure a new growth engine. Cambodia is indeed considered an attractive trading partner.

Cambodia is an emerging Asian economy that has posted high economic growth of around 7 percent annually. About half of the population is under the age of 25, so robust economic growth is anticipated. Demand for social infrastructure is high, as relevant facilities are inadequate in the country.

Cambodia has few regulations on foreign capital. In most sectors, investment is allowed simply upon reporting and 100 percent foreign ownership is permitted. Transactions are mostly conducted through the U.S. dollar, not the local currency, so the exchange risks are relatively small. Also, investment projects approved by the Cambodian government are exempt from corporate tax and import duties for raw materials and facilities for up to nine years. That’s why Cambodia is regarded as an attractive investment destination.

Cambodia’s per capita gross domestic product stood at 1,500 US dollars in 2018. But the country has world-renowned cultural attractions such as the Angkor Wat, abundant labor resources and friendly policies toward foreign investment. Thanks to these advantages, the Cambodian economy has grown more than 7 percent on average for the last 20 years. In Cambodia, wage levels are low, which is another strong point. Last year, the minimum monthly wage in the country’s garment sector was 182 US dollars, about 60 percent of that of neighboring Thailand. Armed with young, plentiful labor, Cambodia has the highest labor force participation rate in ASEAN.

What is better, Cambodia is one of the beneficiaries of the Generalized System of Preferences. Under this preferential tariff system, goods imported from developing economies are granted reduced or zero tariff rates. Therefore, the country can enjoy tariff benefits when exporting products to the U.S., the European Union and Japan. It is little wonder that Cambodia is called the “hidden pearl of Southeast Asia.” Researcher Kim now explains trade relations between South Korea and Cambodia.

Trade volume between South Korea and Cambodia in 2019 reached 1 billion dollars. Of that, South Korea’s exports to Cambodia amounted to 700 million dollars and its imports from the Southeast Asian country came to 300 million dollars. South Korea mainly ships vehicles like used cars and freight trucks to Cambodia. Other export items include beverages and textile materials. South Korea mostly imports clothing and shoes from Cambodia. Some Korean garment manufacturers have set up factories in Cambodia to import the goods produced there. Lately, Cambodia produces a large amount of automotive wiring harness parts.

South Korea and Cambodia established diplomatic relations in 1970, but their ties were severed in 1975 when Cambodia was communized. Bilateral diplomatic ties were again established in 1997, and the two countries have since developed their cooperative relations.

Cambodia is the third largest beverage export market for South Korea. Dong-A Pharmaceutical’s signature energy drink called Bacchus is by far the most popular energy drink in Cambodia. When the South Korea-Cambodia FTA is concluded, the Korean manufacturing industry is expected to see 100 percent tariff reduction, while consumer benefits are estimated to increase by 33 million dollars. However, the prospects are not entirely rosy.

Cambodia’s GDP worth 26.7 billion dollars is less than one-50th of South Korea’s. Cambodian Prime Minister Hun Sen has ruled for 35 years since he took power in 1985. He forcibly disbanded the main opposition party in 2018 to facilitate the ruling party’s win. His dictatorship will continue through 2023. Corruption and an infringement on democracy and human rights in Cambodia have drawn ongoing criticism.

Another problem is the sharp rise in wages in recent years. The minimum monthly wage in the garment industry was 61 dollars in 2012. But it jumped to 140 dollars in 2016 and 190 dollars in 2020. In other words, it tripled in eight years. The soaring wages place a significant burden on South Korean companies that have already been doing business in Cambodia. Those who plan on entering the country should take this situation into consideration.

While Cambodia has great growth potential, its poor infrastructure, rampant corruption and low labor productivity are cited as stumbling blocks. The country was placed 133rd in labor market competitiveness in 2018, one of the lowest in the world. Yet, Premier Hun Sen has promised to raise the minimum wage to 250 dollars by 2023. South Korea should also note that other countries have already built their own business models in Cambodia.

South Korea is not the only country that shows interest in Cambodia, so it is necessary to carefully examine how its rivals have been doing in the country. China, in particular, is the largest importing market for Cambodia, accounting for more than 35 percent of Cambodia’s total imports. The two countries have launched their FTA negotiations.

Japan, meanwhile, has already built production bases of cars and electronic equipment in the ASEAN region, including Thailand. Economic integration and tariff elimination within ASEAN have helped Japan raise its price competitiveness. South Korea should take these circumstances into account.

The envisioned FTA has both a hopeful future and investment risks. When the trade negotiations begin next month, the two nations should come up with smart and effective strategies of increasing opportunities and reducing risks so they can find a way to grow and prosper together.