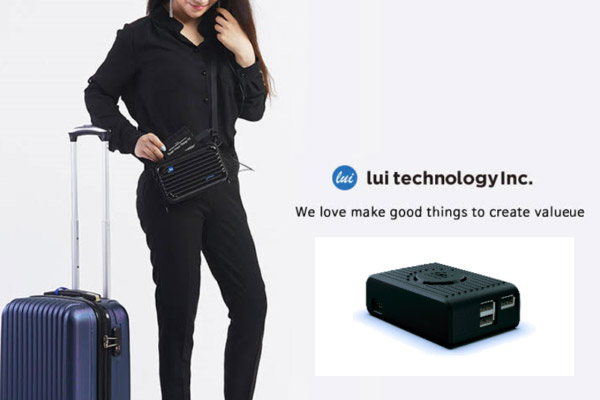 LUI Technology not only possesses the original technology related to wireless communication and AI speech recognition, but it is a company based on the philosophy of creating products with the sincerity and soul of an engineer. I greatly benefited as an engineer and member of the IT workforce in South Korea. I started off in 1994 as an information and communication researcher in charge of optical communications for the nation’s primary network. As a South Korean as I was able to witness the country’s rapid IT shift from using optical communication networks and ATM switch networks to ADSL, VDSL, then to 10G firewalls, WiFi networks, 3G, LTE, and now IoT. I was working in a market that gave me the chance to learn about the latest technology.

1994 was the year that Korea Telecom (now KT Corporation) began commercial internet services in South Korea for the first time. 1994 was also the year that Lee Sang-ho jumped into the IT industry as an information and communications researcher.

Lee had been working in Korea’s rapidly developing IT scene for over twenty years when he established LUI Technology in 2017. The company’s name is a combination of two Chinese characters that mean “to be sincere” and “to be beneficial.” The name reflects the company’s philosophy to “make products that benefit the world with the utmost sincerity.” As their philosophy suggests, the company developed a product that eliminates some of the inconveniences of existing products.

Existing two-way radios are difficult to use and are heavy. However, if you take a look around, people all over the world use smartphones. Our idea was to use them intelligently and provide free data voice services in any city in any part of the world without using a separate device. In other words, if the user’s smartphone is connected to WiFi, it does not need a separate wireless receiver to be able to listen to hear from the other end and will not be affected by the noise from the surrounding environment. Our product’s biggest merit is that you don’t need to install a separate app. There is also a function that allows users to conduct customer satisfaction surveys on the spot and put the recorded files into their smartphones.

LUI Technology’s product is an IoT solution that provides live voice sharing and wireless communication services. Wireless radiofrequency receivers are commonly used at museums and conferences held in a foreign language. These receivers are used for simultaneous interpreting at conferences or by travelers and visitors on tour programs. The receivers are usually rented and must be returned. The sound quality is subpar due to frequent radio frequency collisions and there is the hassle of battery charging. LUI technology’s “Voice Things” resolved these inconveniences. Voice Things allows users to use the voice services directly through their smartphones. In other words, if the user has a smartphone and earphones, they can easily hear the person speaking and listen to the contents. They can also ask questions on the spot in a group chat room, and once the conference is over, they can receive a transcription through their email. Voice Things radically changed the existing method of transmitting and receiving speech. 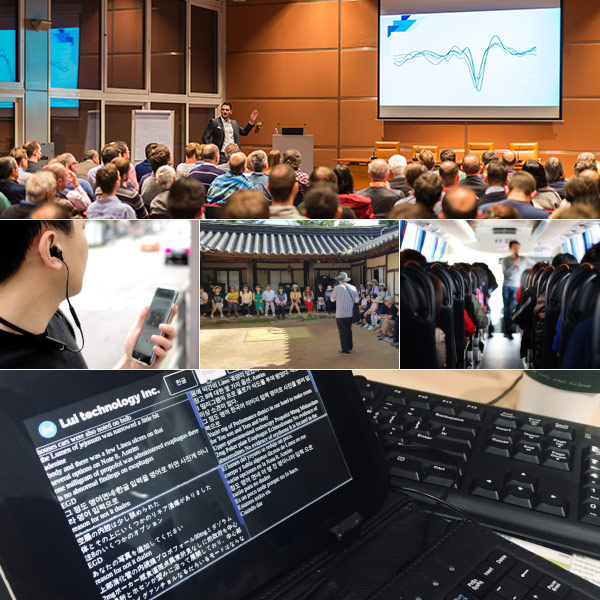 Voice Things is a non-face-to-face AI voice sharing technology. Our equipment supports wireless communication and has the technology to convert voice into digital data and encodes it in real-time. It also turns it into streaming data to provide users with a web interface and has a dictation function to change voice to text format, which can be sent through email. If you just attach a regular 10,000 mAh(Ampere) secondary battery, the device itself acts as a wireless AP (Access Point), so you can access it as you would a regular router.

LUI Technology possesses the original technology for voice recognition and wireless communication protocol. In 2017, the year LUI Technology was established, it already patented the speech processing wireless communication technology and installed an AP router in the device using the original technology. In other words, the device uses a smartphone’s application processor to relay to other networks, so the smartphone itself is acting as a base station. That is why Voice Things does not need a separate application installed on the phone. After hooking up a supplementary battery, the user just needs to log onto a website using their smartphone to be connected to the speaker’s transmitter or conference room. The company is now selling its products on the world’s largest online shopping mall, Amazon, and through various other channels.

Not only do we have domestic patents, but we’ve also applied for international patents as well. Out of 280,000 Amazon products, LUI Technology’s Voice Things was regarded as “very unique” and “without any other overlapping products.” Because of this, been featured on Amazon Launchpad, which is a category page for new idea products. We are currently focusing on promoting our product for use on presentations, at language institutions, by travel agencies, field trip programs or work sites and drive-thru chains. Living in an era of non-face-to-face contact, we want to provide not only one-way but two-way services. You’ve probably seen the transmitter being used at a McDonald’s drive-thru.

That particular transmitter costs 3.8 million won for six people to use. Our product is more affordable, and we are planning on launching a solution that will allow staff to talk both ways as if they are in the same room.

LUI Technology’s Voice Things is a new voice sharing solution that allows users in various sectors to conveniently listen to the speaker’s voice on a smartphone, and also converts the voice to text. That is why the product has already attracted the attention of many overseas buyers.

We launched the product in September last year, and we successfully found buyers at the Consumer Electronics Show in Las Vegas. Last November, we successfully signed a $2 million export supply contract with overseas buyers through the KOTRA overseas branch project. We’ve also been successful in obtaining references from Dallas, Texas, in the US and we’re slowly forming relationships with buyers from the Middle East. There’s something that all of our clients tell us. They say that the sound quality for Voice Things is the best out of any two-way radio or wireless transmitters and receivers they’ve used so far. They also say it’s a very attractive product because it makes use of a smartphone. We’re humbly approaching the market that has given us positive signs.

By applying patent-based original technology, LUI Technology has presented a new method of communication. We will continue to focus on the changes this company will make as it continues to make products that benefit the world with passion and sincerity.