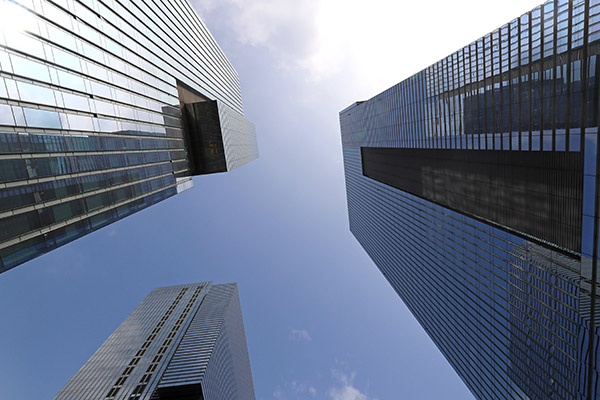 The earnings season, where companies report their earnings for the past quarter, has begun. Earnings reports are directly related to a company’s stock in the stock market. This is why investors are highly interested in the reports released at the end of each quarter. The 2nd quarter of this year was marked by unfavorable conditions due to COVID-19. Let’s take a look at how South Korean companies fared through the crisis during the 2nd quarter with economic commentator Chung Chul-jin (정철진).

With Samsung Electronics releasing their tentative performance for Q2, domestic companies have begun to release their earnings reports marking the start of earnings season. Why are these reports important? As you are well aware, the shock coming from COVID-19 was intense and concentrated in the 2nd quarter. Therefore, taking a look at the earnings for Q2 will help us know if the situation deteriorated for companies or if they were able to weather the crisis well. It will also tell us if we’ve hit bottom, this needs to happen in order to start making a recovery from Q3.

Looking at the major listed companies in the stock market for the 2nd quarter, compared to the same period last year, the operating profits are estimated to have decreased by more than 20%. Of course, some companies will have seen a bigger decrease than others. Meanwhile, others may have been able to maintain the status quo or even fared well, so we’ll take a look at some of these companies.

The earnings expectations for South Korean companies in the 2nd quarter were not high. With the economic shutdown of advanced nations in Europe as well as the US, there were fears that the export industry would have been hit hard.

Nonetheless, the reason why the Q2 earnings reports are important is that through the reports, we will be able to accurately estimate this year’s performance as a whole.

Also, if we see good performances from corporations, the South Korean stock market, which had fallen to the 1400 mark in March last year and recovered to 2200 in three months, might be able to continue its bullish run. The Q2 Earning Season started off with Samsung Electronics’ positive performance.

The driving force for Samsung’s earnings surprise was semiconductors with increased demand for non-face-to-face services.

Telecommuting, online classes, video conferences and online games spurred by COVID-19, the demand and prices for PCs and memory chips for servers increased, turned the crisis into an opportunity for Samsung. Samsung’s earnings just for its semiconductors sector are estimated to be in the higher five trillion won range, which is the largest figure since the 4th quarter of 2018. With the demand for non-face-to-face services increasing due to COVID-19, LG Electronics also showed a positive performance.

If we look at sales for LG Electronics, it decreased 18% from the same quarter last year, and 14% from the previous quarter. Their operating profit also decreased over 24% year-on-year, recording nearly 500 billion won. Then why are we saying it’s a positive performance? Samsung and LG have very different business structures. Semiconductors is a key operating division for Samsung Electronics but LG does not have a semiconductor sector. So, LG weathered the COVID-19 shock only through the sales of electronics and home appliances.

Originally, LG Electronics was only expected to see an operating profit of around 300 billion won due to the domino effect of temporary shutdowns at its overseas factories due to COVID-19. Of course, compared with last year’s earnings, there is a big drop in the figures. However, given the current COVID-19 situation, they performed better than expected. The basis for their sound performance is their solid competitiveness in the home appliance sector. As some countries and regions saw the COVID-19 situation settle down, online sales of home appliances started making a recovery. In addition, new products such as clothing dryers and clothing care systems saw an increase in sales.

With its strong performance in the home appliance sector, LG Electronics is expected to surpass the US firm, Whirlpool, to become the world’s #1 in terms of home appliance sales and operating profit. However, not all South Korean firms recorded positive performances for the 2nd quarter.

As a whole, the shock from COVID-19 has had a negative influence on the market. But even amid that impact, some companies saw an increase of over 10% in operating profit compared to the same quarter last year. These companies include those related to games, software, groceries, non-face-to-face (untact) shopping, and media industries such as Celltrion Healthcare, Nongshim, Kakao, Netmarble, etc. These firms saw a large increase in their operating profit, while airlines, traditional manufacturers such as steelmakers, financial firms, and automakers saw their earnings decline.

The 2nd quarter earnings reports are mostly negative for most of South Korea’s listed companies. Biotech firms and game industries, which are closely related to non-face-to-face services, showed performances that met or exceeded market estimates. However, these industries are very sensitive to the economy. Meanwhile, oil, gas, automobile and chemical industries have seen their deficits expand in the 2nd quarter. Their earnings are expected to plummet due to sluggish business conditions, which show that polarization by industry is occurring. As such, there is much attention being put on the direction of the South Korean stock market for the 2nd half of this year. With differentiated performance by industry due to COVID-19, what will the stock market look like?

The main focus will be on whether the rally we saw from the end of April through June will continue in the 2nd half. Bank of America analyzed that the upward moment will decrease in the 2nd half as it focused on the real economy. In other words, it said liquidity power could slightly decrease while emphasizing that the focus will be on economic recovery, that is, how real economy indicators are identified. On the other hand, Credit Suisse projected an expansion saying that despite the government’s massive spending, South Korea has structural advantages due to fiscal soundness and its efforts to contain the spread of COVID-19 were excellent.

JP Morgan also said the upward momentum for South Korea’s stock market will continue in the 2nd half, even estimating KOSPI’s target value at 2,400. However, if we closely look at JP Morgan’s analysis report, in order for the South Korean stock market to make a huge jump, there has to be foreign buying.

Despite concerns that earnings will shrink significantly due to the effects of COVID-19, South Korean companies’ were shown to have defended themselves well in the 2nd quarter. Last week, the stock market also had a bullish run. However, in the post-COVID-19 environment, our standards of evaluation could change as the advantages of existing industries could turn into disadvantages and vice versa. So, we must keep an eye out for changes in the stock market while keeping in mind how the changes brought on by COVID-19 influence corporate earnings.