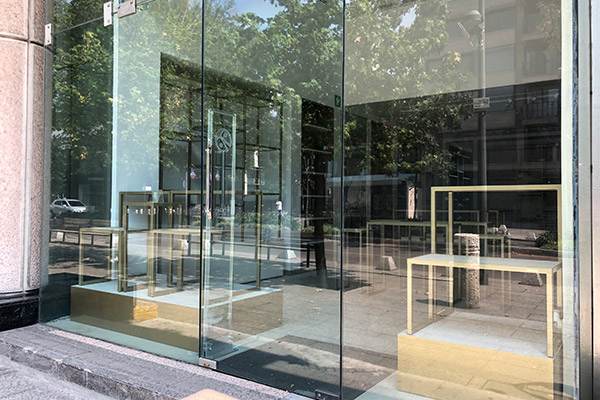 Amid the prolonged economic fallout from the COVID-19 pandemic, South Korea’s gross domestic product or GDP shrank 3.3 percent on quarter in the April-June period, marking the biggest decline in 22 years since the first quarter of 1998. Following a 1.3 percent drop in the first quarter of this year, the Korean economy posted negative growth for two consecutive quarters.

Some experts say that worries have become a reality, while others maintain that the local economy fared relatively well in the midst of the COVID-19 crisis. Here is Bae Min-geun, a researcher at the LG Economic Research Institute, to examine the mixed views on Korea’s second-quarter economic growth.

This is the sharpest decline since the eruption of the Asian financial crisis in 1997. The underperformance gives a shock to the Korean economy, which has already been mired in a low-growth trap. Meanwhile, the Chinese economy returned to positive growth in the second quarter, which is definitely an encouraging sign.

On July 30, the U.S. Commerce Department announced that the U.S. second-quarter GDP plunged at an annual rate of 32.9 percent, marking the worst contraction.

The setback in the global economy comprised the biggest factor behind the weak performance of the Korean economy, dealing a direct blow to the nation’s exports. Korea’s outbound shipments plummeted 16.6 percent in the second quarter, marking the largest drop in 56 years. The net exports’ contribution to GDP growth recorded negative 4.1 percent. Considering the 3.3 percent contraction in the second quarter, the Korean economy, excluding the export factor, actually grew 0.8 percent.

The local economy relies heavily on exports, which are centered on the manufacturing sectors such as automobiles, smartphones, ships and semiconductors. An overseas sales plunge in the manufacturing industry led to a drastic fall in the nation’s second-quarter growth.

Yet, supplementary budgets and disaster relief funds managed to prop up consumption to prevent the growth rate from tumbling further.

For now, it seems the economy is kept in a relatively good place. In the early stage of the COVID-19 outbreak in Korea, the highly contagious disease rapidly spread in the Daegu region. Fortunately, the situation stabilized quickly. People were keenly aware of how serious the outbreak was and faithfully followed the government’s quarantine instructions, including social distancing measures.

Korea’s quick, effective response to COVID-19 and the decreasing number of confirmed cases have contributed to a pick-up in private consumption. Government spending has also played a major role in supporting the economy.

Even so, there are concerns that the Korean economy has entered a recession, as it posted negative growth for two quarters in a row. The government predicts that the economy will rebound in the third quarter after hitting bottom in the second quarter. It explains that the virus-led global lockouts will unlikely intensify and China’s quick economic rebound in the second quarter will prove helpful for the Korean economy.

The Korean economy is expected to bottom out in the second quarter and take a turn for the better from the third. But opinions are divided on whether the economy will actually rebound and, if so, how quickly.

While Korea is highly dependent on exports, markets in the U.S. and Europe are recovering more slowly than they appear. On a more disturbing note, there are worries about new waves of virus infection. Therefore, government spending might not be enough to achieve an economic rebound in Korea. I agree that things will be better from the third quarter. But it is uncertain if it will actually be a considerable rebound.

A crisis often creates new opportunities. South Korean President Moon Jae-in says that now is the right time for an economic rebound, noting that various economic indexes such as domestic consumption and exports are showing signs of recovery. He has promised to resolve difficulties faced by local exporters and provide various support measures for a quick recovery in outbound shipments. He has also stressed that his government will create more jobs and increase investment through its ambitious Korean New Deal project. But it is unclear how effective the government measures will be.

In the first half of the year, the government improved liquidity conditions in the financial market and spent a great deal of money in compensating the loss in income of self-employed and small firms. These measures could work in the short term, but it is doubtful that the effect will ever last. The government stresses the importance of investment in the second half of the year, when even more aggressive fiscal spending is anticipated.

Government expenditure will certainly have an effect on boosting the economy. But the government’s policies to encourage investment, including the Korean New Deal project, need participation from the private sector to have the desired effect. But it is questionable if companies and other investors are willing to invest.

Korea will inevitably have to revise its earlier growth forecast. In May, the Bank of Korea projected the local economy’s annual growth outlook at a contraction of 0.2 percent. To this end, on-quarter growth of 3 percent should be achieved in the remaining two quarters of the year.

While this year’s economic growth will largely depend on the future course of the COVID-19 pandemic, the central bank and the government in Korea pay attention to two economic elements. First, countries are seeking to ease lockdowns when dealing with the epidemic, even though the pandemic is ongoing. Second, the Chinese economy has bounced back sharply. China is the world’s second-largest economy and Korea’s top export market. Given these two factors, Korea’s growth rate could improve this year, despite the sharper-than-expected contraction in the second quarter.

Korea’s fiscal conditions are relatively good, compared to other nations. It also has sufficient capacity to execute additional fiscal expenditures. But it is necessary to ensure fiscal soundness. In the first half of the year, the government was busy taking care of the most urgent problem, that is, the coronavirus outbreak. The pandemic is unlikely to subside anytime soon, so the government should now devise long-term fiscal plans. Companies and households aren’t in good enough shape to spend money yet, as seen in a rise in the savings rate in line with a decline in consumption propensity.

Amid a potential recession triggered by the COVID-19 pandemic, we should not be too optimistic or pessimistic about economic conditions. Rather, it is necessary to prepare for effective measures for an economic recovery, in consideration of foreseeable factors. It remains to be seen if the Korean economy will achieve a quick V-shaped recovery after hitting bottom in the second quarter.