Jerrybag, a Social Enterprise that Produces Bags for a Better World 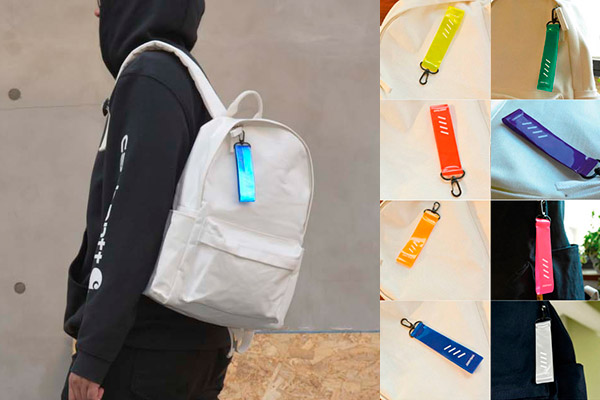 Today, we’re going to introduce a social enterprise and bag maker named Jerrybag. Interestingly, when the company sells a bag, it donates another one a child in Uganda. Let’s hear from company CEO Park Joong-ryeol.

Jerrybag is a manufacturer of bags. We started business in Uganda, East Africa, in 2014. We go back and forth between South Korea and Uganda to produce and donate bags using the, “buy one, give one” model.

Many people are curious about what Jerrybag means. You may have seen the scenes of African women and children carrying water containers on their heads and walking a long distance. Those containers are called jerry cans. Little children may have an accident while carrying the heavy jerry cans. We wondered how to resolve the problem of this uncomfortable and even dangerous practice. We decided to make a bag that could hold a jerry can in cooperation with the local people. We called the new product the jerrybag, which became our company name.

Park majored in product design at Hongik University. While studying design in Finland in 2012, he visited Uganda for his master’s thesis.

At the time, downtown areas in the African country were developing rapidly, but surrounding areas were still behind the times. In regions where there wasn’t a water and sewage system, he saw the socially weak, such as women and children, carrying water laboriously and dangerously. He came up with the jerrybag, designed in the form of a hands-free backpack. Equipped with a fluorescent reflector, the bag can also help prevent traffic accidents. Bags are mostly produced in South Korea, but some of them are also manufactured in Uganda.

Local people who made bags are mostly women. Although they can handle a sewing machine, they have a tough time making bags capable of withstanding the weight of 10 kilograms. So, I created simple designs and focused mainly on the functionality of bags. I also tried to find ways to use as little material as possible. In Uganda, we operate a studio where locals produce bags to solely donate to children. Separately in Korea, we manufacture bags tailored to general consumers. That is, consumers can buy good quality products, while the same amount of bags is produced in Uganda for donation purposes.

Park started his bag business to help out people in Uganda. But some didn’t believe that bags would resolve the problem overall and even advised him to dig a well instead for local people. Park, himself, wasn’t too sure if he made the right decision when a non-profit organization expressed its wish to sponsor 100 bags made by Jerrybag.

After we donated 100 bags through the organization, I saw a child carrying a bag that we had delivered. The girl came to me, held my hand and said, “Thank you.” A shiver of excitement ran through me. I felt as if all my hair stood up on end. As I opened her bag, I found a jerry can, of course, and a bunch of flowers. It turned out that she picked some flowers for fun with her free hands and put them in her bag.

As soon as I saw the flowers, it came to me that a small change, when it lasts for some time, would lead to a bigger one. I decided to make things with great care, even though they might be small, rather than hurry to complete something big. I learned to let go of my greed. Afterwards, I didn’t really care about what people were saying about my business. I’ve run the business in that way over the last five years.

The company plans on delivering 13,000 bags to children in Uganda by the end of this year. It has made constant efforts to improve product quality and adopted new marketing strategies to overcome the difficulties it had faced in the initial stage. Previously, the company actively publicized its donation drive in Uganda. But it changed the way of promoting its products among consumers. Now, it emphasizes its light but durable bags with charming designs first and then introduces its donation program in Uganda. The company is expanding its business scope to various daily items, other than bags. 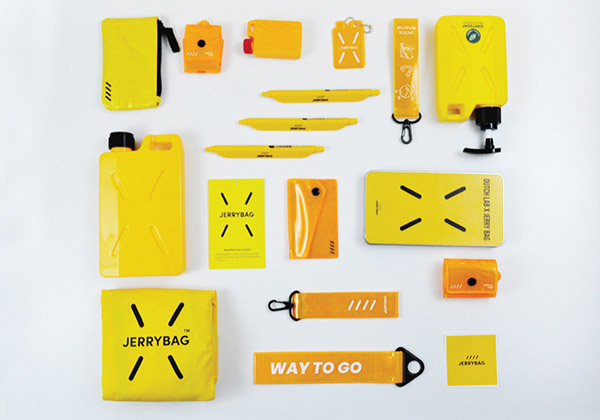 We provide various types of backpacks. But we wanted to share our experience and value with consumers, not just bags. To help the consumers learn more about life and people in Uganda, we have released a jerry can-shaped hand wash product and an environmentally-friendly water bottle, which is also shaped like a jerry can, as well as sanitizer. We incorporate our story into these daily goods. At first, consumers are curious about the cute, interesting design. We then explain why we made the products in that way and why we started our activities in Africa. I think our approach like this can leave a deeper impression on consumers.

Jerrybag began to run an experience program in Uganda three years ago to encourage consumers to empathize with and experience life in Africa. The company set up a foreign branch in Los Angeles in the U.S. in 2018 to secure a bridgehead in the American market, in an effort to establish itself as a global brand, moving beyond Korea and Africa.

In fact, Uganda is one of the regions that have received the least attention. Our activities have focused on delivering our experience to consumers and motivating them to show more interest in something they had not really paid attention to before. We hope to continue to carry out these activities consistently to reach out to many more people in Korea and other regions as well.

When you bump into a person who wears the same clothes or carries the same bag with yours, you may feel a bit awkward. But for the same reason, you could also relate to them. At a baseball park or a football stadium, you may feel in a similar way when you see people wearing the same uniform as yours.

Likewise, if you happen to meet a person who carries Jerrybag’s product, you may identify with him or her at the thought of sharing the experience and value of this social enterprise. We support and cheer for a better and warmer world that Jerrybag is dreaming of.