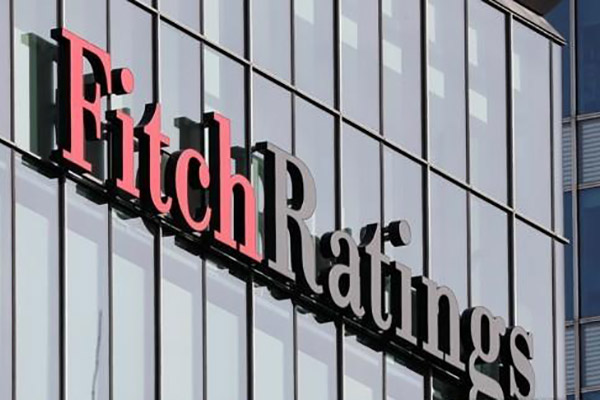 While major economies have seen their credit ratings downgraded this year in the aftermath of the COVID-19 pandemic, Fitch’s decision to hold Korea’s credit score unchanged has reaffirmed the external credibility on the Korean economy. Here is Bae Min-geun, a researcher at the LG Economic Research Institute, to explain in more detail.

Its’ been over six months since COVID-19 began to spread worldwide. South Korea’s domestic consumption froze temporarily in March, when many COVID-19 cases were confirmed in the Daegu region. But Korea has managed to keep the economy up and running as it did not resort to massive lockdown measures that have been adopted by the U.S. and other major economies in Europe. Demand for IT products is still high in the U.S. and China, so Korean exports of relevant parts and materials have muddled through somehow. Along with the nation’s successful response to the pandemic, this has contributed to the stable flow of the local economy overall and also Fitch’s steady rating on the country.

Fitch has maintained Korea’s rating at AA- since September 2012. It is the fourth-highest rating in the agency’s credit scale. The U.K., Hong Kong, Belgium and Taiwan belong to this category. The highest AAA (triple A) rating is given to ten countries including Germany, Singapore and the U.S., while three countries, including Finland, are under the second-highest rating of AA+. The third-highest AA rating is held by five countries including France.

Due to the virus-driven global economic slowdown, the three major credit evaluation agencies such as Moody’s Investors Service, Standard & Poor’s and Fitch Ratings have lowered 211 credit ratings or outlook for 107 countries this year alone.

In the first quarter of this year, Fitch cut the U.K.’s credit rating to AA- from AA with a negative outlook. Canada was stripped of its AAA credit rating by Fitch, which revised it down to AA+. The agency also adjusted the credit outlook for Japan and the U.S. to negative from stable. If a negative outlook is maintained for a year, it usually leads to a downgrade in the nation’s credit rating. So, even if COVID-19 may show signs of abating at the end of this year to the beginning of the next, the scaled-back credit scores or outlooks of major economies are expected to place a burden on the global economy next year and beyond.

Standard & Poor’s and Moody’s evaluate Korea’s credit rating more favorably, keeping their ratings at AA and Aa2 (double-A-two), respectively. Both agencies maintain a stable outlook on their ratings, which are at the highest level among all the emerging economies in the world.

Korea suffered from a downgrade in its sovereign rating during the Asian financial crisis in 1997 and the global financial meltdown in 2008. But now, global credit rating agencies do not seem to be very concerned about Korea’s current economic situation, despite the COVID-19 crisis.

Government debt will increase fast from next year, but the total amount is still considered acceptable. Household debt is rising fast as well, but its amount is worrisome. In 2019, South Korea’s government, household and corporate debt came to 2,200 trillion won, 1,600 trillion won and 1,100 trillion won, respectively. In total, the nation’s debt rose to a record high of nearly 5,000 trillion won, which is roughly 4.3 trillion US dollars. That’s a staggering amount, which is three times the size of Korea’s GDP. There are concerns over whether the government will be able to manage the debt situation stably.

Geopolitical risks have so far been one of the major factors to affect South Korea’s credit rating. Fitch has also pointed out the stalled diplomatic efforts in improving relations between South and North Korea over the last six months.

Fitch forecast that the South Korean economy would contract by a modest 1.1 percent this year—far better than the average 7.1 percent contraction for AA countries.

An annual negative growth, if realized, will mark the first of its kind for Korea since 1998 when the country suffered from the aftermath of the Asian financial crisis.

International organizations and financial markets predict that the Korean economy will contract between 1 and 2 percent this year. But it is still better than the projections for major economies, where COVID-19 continues to spread. Much of the credit should go to Korea’s effective virus containment strategy without strict lockdown measures. Also, Korea’s exports rebounded for the first time in seven months in September, brightening the prospects for the economy for the remainder of the year.

The Korean economy has been faring relatively well, despite the impact of COVID-19. But the nation cannot be optimistic about the economy in the ensuing quarters, considering that it has experienced the second wave of COVID-19 infections since mid-August and subsequently practiced tougher social distancing rules.

Other factors that might affect the Korean economy and the global financial market include the virus situations around the world, the health conditions of U.S. President Donald Trump, who tested positive for COVID-19, the result of the U.S. presidential election in November and the economic stimulus plan of the U.S. Amid growing uncertainties in the global economy. Korea may need to speedily come up with appropriate measures to tide over the difficulty.

In Korea, a quick fiscal injection has helped cushion the negative impact of the pandemic. But over the long term, the country should brace for its fast-aging demographic transition, which is feared to accelerate even further in a post-COVID-19 era. Preparing for the future, which will never be like the past, will be a grave task.

Korea maintains global competitiveness in the IT-centered manufacturing industry, especially in the semiconductor business. But other manufacturing areas have been overtaken by China, which has eaten away at Korea’s share in the global market.

I think it’s necessary to sharpen competitiveness in those areas by offering proper education and creating favorable conditions for companies to conduct business in a freer and more creative way.

For Korea, it’s still too early to relax. As it experienced during the Asian financial crisis in the late 1990s, once the credit rating is lowered, higher interest rates on government bonds will put a strain on finances, leading to the vicious circle of affecting the sovereign rating again. It took 13 long years for Korea to reclaim the credit rating it had held before the financial crisis. That’s why it is important for Korea to analyze risk factors surrounding its economy and take action in an appropriate and timely manner.