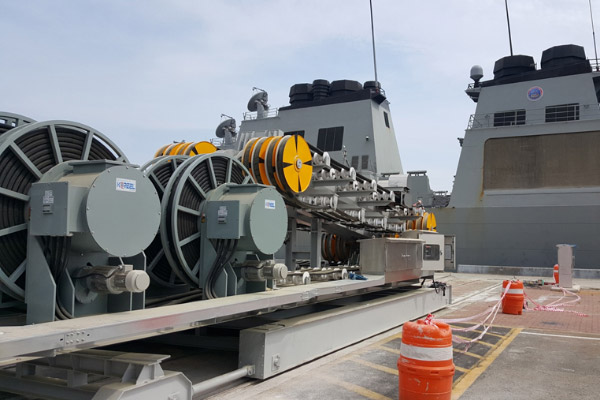 Today, we’re going to introduce you to Koreel, a leading manufacturer of industrial reels in Korea. Let’s hear from company CEO Oh Hyun-kyu.

The company was established in January 1991 under the name of Samkook Industrial. At the time, there was no reel manufacturer in Korea. When I saw foreign-made reels, I decided to produce them locally to replace imported ones. For those who have no idea of what reels are, just think of a vacuum cleaner with a retractable cord. Under the same principle, reels are used for air hoses and water hoses as well. They are also widely used in auto repair shops and large restaurants.

A reel is a revolvable device, on which something flexible, such as an electrical cord or a hose, is wound for storage and is unwound again when necessary. Water, air, fuel or electricity is provided through the reel. Imagine the cord of a vacuum cleaner. When there were no automatic reels in the past, the electric cord should be manually wound and stay outside the cleaner. Now, the cord quickly retracts back into the cleaner at the push of a button, with the retractor winding the cord around a spool inside the cleaner. Reels are easily found in car repair shops, where a ceiling-mounted air hose reel is used to fill tires. At the airport, reels are used to supply fuel and electricity to aircraft. It is also essential to use them at ports. In a word, reels are used for various daily and industrial purposes.

Mr. Oh saw great potential in reels, which were indispensable in many areas, but no one actually paid attention to. Having expanded its business for the last 20 years, Koreel now holds an unchallenged position in the domestic reel market.

Koreel makes up more than 65 percent of the local reel market. As of 2019, we provided our products to 7,000 companies/establishments in Korea. We also export goods to some 33 countries around the world. The U.S. is definitely a large market. When an American client made contact with us at first, it compared our products to Chinese ones and decided to trade with the Chinese firm. But about four years later, the client visited us again and signed a business deal with us. Our products have been sold in the U.S. market for the last five years. The American client says that our products receive “good” and “excellent” marks in customer evaluation. Our goods are also available in markets in the U.K., Australia and Europe. We’re proud of that.

It was challenging for the company to take root in the domestic market that was entirely dependent on imported reels. But Oh was sure that locally-made reels would replace foreign products successfully. He was right on target. During the Asian financial crisis in the late 1990s, prices of imported reels soared, leading to greater demand for more affordable domestic ones. The increasing number of customers prompted Koreel to release various types of products. Reels are used in a wide range of areas, with their shapes and sizes varying. Non-standardized reels, in particular, should be made to order. Koreel covers almost all reel products made by its rivals. It can also manufacture diverse products in small quantities, thanks to its high technology. That is the company’s competitive edge.

On the back of its constant efforts toward technological development, Koreel received the Grand Award for New Technology Innovation at the 2020 Korean Innovation Frontier Award. 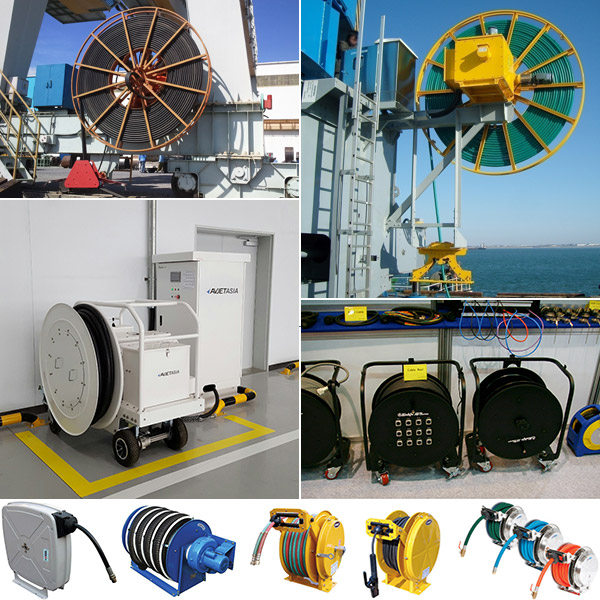 We’ve developed the “Alternative Maritime Power” or AMP system on our own. After the announcement of the 1997 Kyoto Protocol on reducing greenhouse gas emissions to help ease global warming, we decided to develop systems that could reduce pollution sources and control environmental pollution. We began to develop the AMP system after seeing thick exhaust fumes from a ship at Incheon Port. The system can reduce exhaust gas emissions by more than 98 percent.

Koreel’s AMP system can significantly reduce the diesel engine use by ships. When a vessel activates its diesel engine to provide electricity, pollutants like nitrogen oxides, carbon oxides and fine dust are emitted. But using the AMP system, the ship may turn off the engine but can still secure power from land when it is docked at the port. The system can effectively respond to strong waves as well as the ebb and flow of the tide. Koreel was able to develop this innovative system because it was keenly aware of environmental issues, and put so much effort into research and development.

Koreel invests more than 6 percent of its annual sales in R&D. It set up its own research center, where seven researchers are stationed. It is not easy for a manufacturing firm to run a seven-person research center. But we continue to invest in R&D, in the belief that there will be no future without R&D. People say that it is pretty hard for any manufacturing company to last ten to 20 years. I firmly believe that we’ve been able to keep the business going for decades because of our R&D efforts.

Last year, Koreel’s sales amounted to 24.3 billion won, which is roughly 22 million US dollars. The number of its employees has shot up to 100 from a mere 2. In 2010, the company set up its second factory covering 6,600 square meters in Gunsan.

The company never relied on luck for its growth and success. For the last three decades, it has focused on its work, carried out R&D constantly, managed product quality thoroughly and never failed to deliver goods by the appointed date. It has always been faithful to the basics, which seem to be the easiest thing to do but not everyone can actually do. That’s how the company has become a leading reel maker in Korea.

Currently, we’re making a device for aircraft charging. I imagine electric vehicles will dominate the market in the future, so we’re developing a product for quick charging. Another product we’re working on is for harbor cranes. We’ve set a goal of increasing our sales to 100 billion won by the year 2025, export our products to more countries across the globe and continue to do business for over 100 years.

Koreel has turned crises into opportunities. It grew fast during the Asian financial crisis and its sales increased further this year amid the COVID-19 situation. Perhaps, this is because the company has looked ahead into the future and prepared for necessary technology and products. Koreel’s innovation is still in progress. We’re looking forward to the future of this company, which is moving toward its goal of going beyond Korea’s No.1 reel maker and becoming a global market leader.