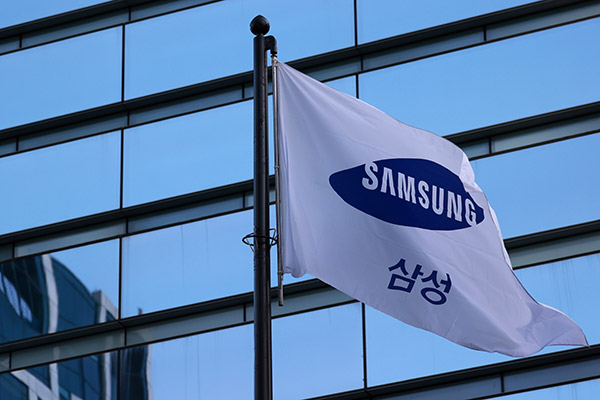 Samsung Electronics Chairman Lee Kun-hee died on October 25. He made bold investments in semiconductors and mobile devices, which have become the company’s two main pillars and eventually transformed Samsung into a top-notch global technology brand. The passing of Lee has officially paved the way for leadership transition to his son and Samsung Electronics Vice Chairman Lee Jae-yong, who has already taken his father’s place in corporate management over the last six years.

Here’s commentator Choi Young-il to discuss the achievements of the late Lee and Samsung’s tasks under new leadership.

It will be hard to see a figure similar to Lee Kun-hee, who left such a significant mark in the Korean economy, especially amid growing market uncertainties. Under the farsighted businessman’s leadership, Samsung became the world’s leading player in the semiconductor and mobile phone industries. He was enthusiastic about semiconductors, in particular.

By the turn of the 21st century, he said that semiconductors were the “rice” for the information-technology era. Thanks to his strong, much-needed leadership, Samsung became a global electronics giant. It will be difficult for any company to match the leadership like his in the future.

Samsung Group’s assets stood at 10 trillion won in 1987, the first year of Lee’s inauguration, but increased to 803 trillion won in 2019. The number of affiliates rose from 37 to 59. The late business tycoon propelled Samsung to the number one spot in the global markets for semiconductors, consumer electronics and mobile phones to lay the groundwork for South Korea to become a global IT powerhouse.

In fact, many officials within Samsung were opposed to the chip business at first, as Korea was considered a barren land for semiconductors. However, Lee persistently continued with investment and technological development. Samsung has retained its leading position in the global DRAM market since 1992. The achievement served as a bridgehead for the brilliant success of Samsung’s Galaxy smartphone series.

The late Lee indeed raised the quality of Samsung products to a world-class level. Just a few days before his death, it was announced that Samsung’s brand value was ranked fifth in the world this year in Interbrand’s latest top 100 best global brands list. This is the first time that Samsung rose to the list of the global top five. The top four spots were all occupied by U.S. tech firms, with Apple topping the list, followed by Amazon, Microsoft and Google. It’s amazing to see the Korean company in the highly-coveted top-five list.

Despite Lee’s great contribution to Korea’s economic growth, there are mixed evaluations about his achievements. Many point out that he consolidated an undesirable economic system centered on family-run business conglomerates. He is not free from controversies over the conglomerates’ problems, such as obscure corporate governance and the collusion between politics and business.

Lee’s legacies have both positive and negative aspects. He had embarrassing moments in the 2000s. In 2008, for example, he was questioned by special prosecutors for allegedly keeping slush funds. Samsung has to deal with some controversial issues, including the group’s “no labor union” policy and its alleged attempt to conceal industrial accidents. The company will have to resolve these internal problems in a proper way first and then find ways to contribute to society.

Samsung will now usher in a new leadership. Vice Chairman Lee Jae-yong has led the company since the unexpected collapse of his father in May 2014. So, the company is unlikely to see any major change in management.

But the new Samsung leader has daunting tasks to contend with. In the process of reshaping the company’s ownership structure, it is urgent for Lee to secure necessary funds to pay 10 trillion won in inheritance tax. He should also address his own legal risks, which have placed a burden on his corporate management for the last four years.

First, Lee has to deal with his two court trials. If he is found guilty, he may have to serve his sentence in prison or pay the penalty. Whatever the punishment, he should rightly pay for what he did so he can solve his legal risks in an appropriate way. Only after going through this process, he will be able to break the dark link of the past. From then on, he must observe the law, contribute to society, and explore future business models. He should resolve the impending problems first by admitting his wrongdoings and then move on step by step. Being clean and honest will enable Samsung to enhance its corporate value.

In addition, Lee needs to explore new growth engines, other than semiconductors and smartphones, and come up with a strategy to solidify his leadership within the group in the post-Lee Kun-hee era. The new leader has streamlined the group’s business portfolio by selling its non-core businesses like chemical and defense units. Rather, he is concentrating on new businesses such as system semiconductors, 5G network equipment, artificial intelligence and bioproducts.

He has also stressed the importance of co-existence and cooperation. Samsung has provided technology support to manufacturers of COVID-19 test kits and masks both in Korea and abroad to help prevent damage from the highly infectious disease. While major companies in Korea have decreased the number of new employees due to the deteriorating business environment, Samsung has done the opposite by offering more jobs. Lee has expanded corporate social responsibility activities, saying that sharing and growing with neighbors and society is the company’s task in becoming a 100-year enterprise.

Samsung has so far been known for its strong drive to seek external growth. But these days, more emphasis is placed on details and something delicate. I think Lee’s style better fits these elements. Also, social value is becoming increasingly important. Companies should make a profit, of course. But their social contribution and their intimate, sustainable relationship with customers are also important. Samsung’s infrastructure is optimized for this. The thing is how effectively the new Samsung leader will build empathy with the general public. Lee once described his company’s new vision as “accompany.” Whether and how Samsung will implement its corporate value hinges on Lee’s ability to communicate with the public.

Samsung Electronics said last week that its sales reached 66.96 trillion won in the third quarter of the year, representing its largest-ever quarterly sales. In the same period, its operating profit amounted to 12.35 trillion won, which is the best quarterly performance in two years.

The achievement definitely deserves praise, all the more because the global economy has been struggling throughout the year due to the COVID-19 pandemic and the prolonged trade war between the U.S. and China. Indeed, Samsung’s strong potential props up the Korean economy. That’s why people put much expectation on Samsung’s new leader, who shoulders heavy responsibility. We hope he will be able to nurture Samsung, already a top-level global firm, into a 100-year enterprise to help both the company and the Korean economy take another leap forward.