How COVID-19 Vaccine Rollout in the U.K. may influence the Economy 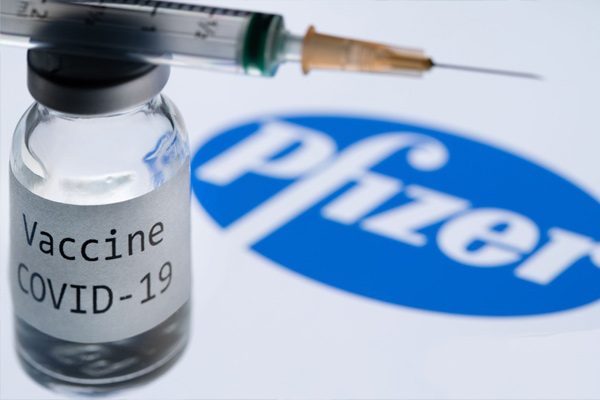 The U.K. began administering COVID-19 vaccines to the public on December 8, becoming the world’s first country to roll out the vaccines that completed three-phase clinical trials. The vaccination of the general population came 343 days after the international community was informed of the outbreak of COVID-19.

It seems that a long-awaited end to the pandemic is gradually becoming a reality, although there is still a long way to go. Expectations are running high that things will go back to the way they were before COVID-19, while the economy will also see a recovery soon. Here is economic commentator Chung Chul-jin to examine the potential impact of the mass COVID-19 vaccination on the economy.

The U.K. has launched the world’s first mass COVID-19 vaccination, with priority given to senior citizens. It remains to be seen how the vaccination program may evolve in the country, which has secured sufficient doses of the Pfizer vaccine for 20 million people.

Russia has started its own vaccination program on a trial basis with the locally developed vaccine called Sputnik V. But it has not drawn attention from foreign media because of safety issues. The U.S. and Canada are ready to start inoculating their populations, while Germany and Japan are expected to follow suit in January.

As major economies are accelerating the vaccination process, we may confirm the effectiveness and side problems of the vaccines.

Countries are scrambling to secure vaccines and administer them as early as possible. Some have signed pre-purchase deals with drug makers to procure different types of vaccines, as it is uncertain for now which ones will be safer and more effective.

On December 8, the South Korean government said that it had acquired vaccines for 44 million people or 85 percent of the nation’s population. The amount is larger than the government’s initial plan for 30 million people. But some point out that it is still too small, considering that other countries like the U.S. and Japan have reserved two to five times what’s needed to vaccinate their populations. Also, Korea will begin inoculation more than three months later than countries that start the process within this year.

The government explains that it needs some time to check whether the vaccines will work properly without side effects. However, there are concerns that the three-month-gap between Korea and countries getting vaccines early may delay the process to end the pandemic and slow down an economic recovery in Korea.

While stocks related to non-contact industries have enjoyed the bullish trend, offline service providers are struggling and private consumption remains in the doldrums. In countries where vaccines are introduced fast, people will feel safe and begin to spend money to revive consumption. In countries where vaccines arrive late, an economic recovery will also be late. Considering opportunity costs, those countries will lag far behind.

For that reason, many urge the Korean government to start vaccination in January.

Some others, on the other hand, say that it is better to follow the authorities’ policy and watch the efficacy of the vaccines through foreign cases in the U.K., the U.S., Japan and Germany.

While there are still concerns about the safety and effectiveness of vaccines, the approval and administration of vaccines are raising hopes for the global economy in the coming year. The distribution of vaccines and treatments for COVID-19 is certainly great news for the Korean economy as well. The positive development is expected to give impetus to industries requiring face-to-face interactions, including the service sector, in particular.

Commentator Chung now explains the ongoing efforts to develop vaccines and treatments in Korea and the potential impact of vaccination on the local bio-industry and pharmaceutical business.

Global drugmakers such as Pfizer, Moderna and AstraZeneca have been developing COVID-19 vaccines. South Korea, too, continues with vaccine development. It seems the country is faster in developing drugs for treatment rather than vaccines. We can expect some results from Korean pharmaceutical companies including, Celltrion and GC Pharma.

In fact, South Korea has widely been recognized for its quick and effective response to the pandemic, as the new term “K-quarantine” indicates. COVID-19 testing kit makers in Korea, including Seegene, performed pretty well and saw their stock prices soar. Some are worried that this trend will end once vaccines come out. But experts say that there will be demand for testing kits even after vaccines and treatments are developed and are widely used. That’s because it is necessary to confirm whether or not people are infected first before getting vaccines or treatments. So, I don’t think the effect of K-quarantine will disappear any time soon.

On December 8, the day the U.K. described as “V-day” when the mass vaccination program began, the South Korean government warned against potential overheating in stock and property markets. First Vice Finance Minister Kim Yong-beom stressed that the government should be wary of the possibility of market volatility. The government supplied abundant liquidity to the market in an effort to revitalize the virus-hit economy, but it might generate an unintended effect of a sharp rise in asset prices. Now the government feels the need to preemptively manage the debt risks that weigh on households and companies.

The government released massive liquidity to the market and allowed credit loans to tackle the COVID-19 crisis. At present, stock and property markets are abnormally overheated. But once the pandemic crisis is over, the government will phase out its expansionary policy. When the economy gets back to normal after the distribution of vaccines, households and businesses will then have to deal with their debt problem.

Some point out the need to make thorough preparations for the post-COVID-19 era, in which society will be clearly different from the one before the pandemic. We’ve seen a drastic industrial transformation triggered by the pandemic, like a growing demand for non-face-to-face services. The government is urged to devise necessary measures to strengthen industrial competitiveness and find an appropriate exit strategy to minimize the fallout from the transition.

Once the vaccination programs should prove effective, private consumption will revive. Fiscal stimulus is needed at this very point. It is ideal to inject the finance when the economy begins to rebound rather than when the economy slows down or hits bottom. In the post-COVID-19 era, Korea is feared to see a “K-shaped” recovery” in which some industries and individuals recover fast while others continue to decline or fall behind.

This polarization issue will remain a problem.

In a “K-shaped” recovery, well-educated, high-income workers recover fast from an economic recession, while the situation for low-educated, low-income earners deteriorates. In other words, the economic shock of the pandemic and the recovery pace could vary, depending on the level of education and income. According to Statistics Korea, South Korea’s income gap between the haves and have-nots widened in the third quarter, as the lower-income group suffered more from the pandemic than high-income earners, despite the government relief aid.

On top of an economic recovery, the government should also make efforts to prevent socioeconomic polarization from deepening, in preparation for the post-COVID-19 era.