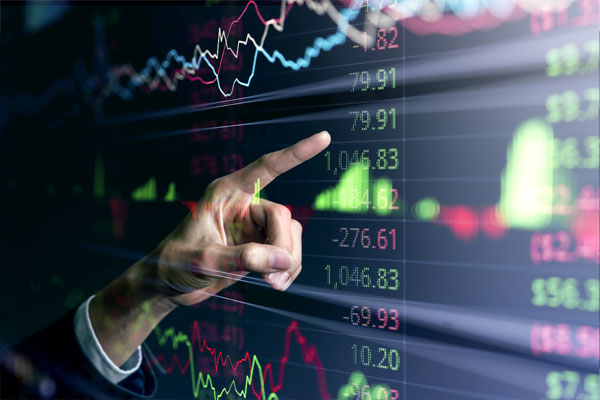 The main Korea Composite Stock Price Index or KOSPI exceeded 3,000 points during trading on January 6 for the first time ever since the nation’s stock market opened on March 3, 1956. It took 13 years and five months for the KOSPI to reach the historic high after it first passed 2,000 points in July 2007.

The benchmark stock index underwent dramatic changes in 2020. Starting in the 2,100 range early last year, it plummeted below 1,500 points in March in the aftermath of the COVID-19 pandemic. But it made a rebound and continued its bullish run. Eight months later, it has surpassed the symbolic threshold of 3,000 points.

Here is Kim Gwang-seok at the Institute for Korean Economy and Industry to discuss what has driven the strong rally and the significance of a new era of KOSPI 3,000.

It seems the Korean stock market itself has advanced to a higher level. The stock feat is all the more significant, with the pandemic still going on and the strict social distancing rule enforced. Many analysts believe that economic uncertainties have been somewhat eased, while corporate governance structures have become more transparent.

Korea has a number of items that lead the global market, including memory semiconductors and secondary batteries. Coupled with these factors, improved economic fundamentals are considered to have pushed the benchmark KOSPI above 3,000 points.

It turned out the KOSPI has outperformed other global stock indexes. According to the Korea Exchange, the KOSPI made the fastest recovery among G20 bourses last year after hitting the lowest point amid concerns over the pandemic. As for the background for the quick recovery, experts say that Korea has been relatively successful in containing the spread of the virus and strengthened its economic fundamentals.

Analysts do not think the Korean bourse simply happened to touch the 3,000 mark. Rather, they believe that the level of the local stock market has been raised, citing the emergence of industries associated with new technologies. In Japan, traditional industries like machinery, chemistry and automobiles dominate the list of top companies by market capitalization. In comparison, a number of platform operators and chipmakers are listed on Korea’s stock market. This indicates that Korean industries have advanced overall to improve market fundamentals.

Along with semiconductors, businesses that belong to the so-called BBIG, that is, bio, battery, Internet and game, categories occupy the top market cap list to contribute to the reevaluation of the KOSPI.

According to the Korea Exchange, two companies were dropped out of the list of top ten firms by market capitalization last year. The two are the steelmaker POSCO and Samsung C&T, which is a construction and trading unit of Samsung Group. They were replaced by Samsung SDI and Kakao instead. With the secondary battery sector drawing attention as a new industry with growth potential, battery maker Samsung SDI moved up from 18th to 7th to join the list.

Kakao, meanwhile, saw its ranking rise from 22nd to ninth, as its business does not depend on human contact.

Companies that had already been placed in the top ten list, including LG Chem, Internet portal operator Naver and biotech companies Samsung Biolgocis and Celltrion, proved to be the main contributors to the KOSPI’s entry into the 3,000 territory.

Also, Hyundai Motor and Hyundai Mobis representing the traditional auto industry have renewed their value by promptly shifting to an era of eco-friendly vehicles. Amid market expectations for a semiconductor industry boom in this age of contactless services, Samsung Electronics and SK Hynix, the two major stocks of the KOSPI, helped the local stock market to move up to a new era. In this respect, analysts say that a change in industrial structures has led to the recent stock market rally.

The KOSPI has been on an upward trend this year, with the combined market cap of Korea’s four largest business groups surpassing 1,000 trillion won for the first time. Amid the major industrial transformation, corporate success depends on whether to operate new businesses such as secondary batteries, chips, bio and eco-friendly products. These companies have made a quick recovery, while traditional industries haven’t. This may lead to a K-shaped recovery, which refers to an economic recovery where only select sectors recover and others do not, to result in polarization. Both the government and companies should take this into careful consideration when devising economic policies and management strategies.

There has been an improvement in global evaluations about the Korean stock market led by new industries. According to Shinhan Investment, South Korea’s default risk fell to its lowest level. It means the country will find it easier to bring in foreign capital. Mr. Kim explains another major factor behind the strong bullish sentiment in the Korean stock market.

While foreign and institutional investors made up a significant portion of the Korean stock market in the past, the market has seen a growing number of individual investors as of late. The government’s monetary and fiscal policies have also contributed to the stock market rally. The key interest rate has been cut to an unprecedentedly low level, while the government has executed quantitative easing measures and allocated as many as four extra budgets in a single fiscal year. The purpose, of course, is to boost the economy. In the process, a massive amount of money flowed into the stock market to advance the era of KOSPI 3,000.

The rapid rise in the Korean stock market also calls for caution, though. Unlike the soaring stock market, the economy still remains sluggish. Both Finance Minister Hong Nam-ki and Bank of Korea Governor Lee Ju-yeol have warned of the disparities in the real economy and the financial market.

The government has focused on economic stimulus plans so far. But it cannot maintain this stance forever, due to concerns about fiscal soundness. The government will likely continue with its money-easing policy and aggressive fiscal spending this year. But it should also consider fiscal health, and it is uncertain whether the upward trend in the stock market will continue.

The government should prepare against any fallout from the bubble in the asset market and come up with effective measures to funnel abundant market liquidity into productive areas.

The KOSPI 3,000 era has begun. There are concerns about the sizzling market rally. Still, it is certainly welcome news for now, as it reflects the market confidence that the Korean economy will be able to overcome the COVID-19 crisis and rebound.