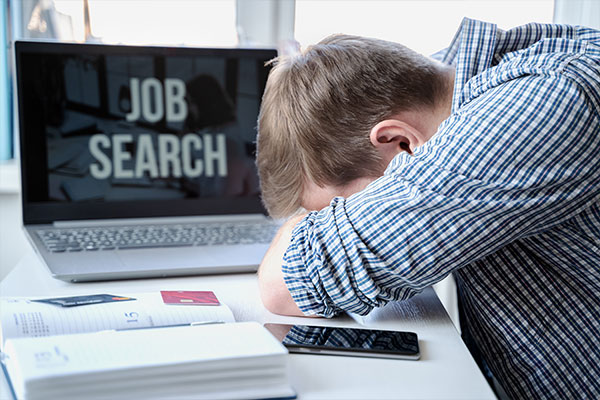 Here is Bae Min-geun, researcher at the LG Economic Research Institute, to discuss the devastating employment shock stemming from the COVID-19 pandemic and potential measures to improve the ailing local job market.

The unemployment rate is an index that assesses the job market situation. This rate in December reached 4.1 percent, up about 1 percentage point from the normal range of 2 to 3 percent. Another index is the number of the employed. According to Statistics Korea, the number of employed people came to 26.9 million last year, down 218-thousand or 0.8 percent from 2019. It represents the first year-on job loss since 2009 and the biggest decline since 1998. That was when Korea lost 1.27 million jobs in the aftermath of the Asian financial crisis.

The number of the employed began to fall in March last year when the economy started to bear the brunt of the COVID-19 outbreak. In December, there were 628-thousand fewer people employed than the same month a year ago. The drop was even bigger than the one in April, which saw the worst job market performance in the entire year of 2020.

Such a negative impact on employment was particularly noticeable in face-to-face service sectors and temporary jobs. The pandemic has promoted contactless services and accelerated the transition to the fourth industrial revolution to bring about a tremendous upheaval in the employment market as well.

An analysis of employment insurance subscribers shows which industries are fortunate enough to benefit from the pandemic and which ones are not. Providers of non-face-to-face services, electric vehicle batteries, bio products and relevant R&D activities have performed well and even created new jobs. On the contrary, the steel and transportation industries as well as in-person services, like restaurants and accommodation, shed many jobs. In a sense, restructuring is underway in the labor market.

By age, employment decreased across all age groups, except those aged 60 and older. This particular group saw job gains, thanks to jobs offered by the government. But most of those jobs ended in November to contribute to the employment woes in December.

Creating jobs is one of the Moon Jae-in government’s priorities. Its job budget last year amounted to 25.5 trillion won or about 23.2 billion US dollars, up 20.1 percent from the previous year. The government spent the huge amount of money in carrying out various employment measures, which turned out to be inadequate to cushion the employment shock. Many also point out that jobs created by mobilizing taxpayers’ money have limitations.

The government has actively offered public sector jobs for the last two years. But those jobs are concentrated in face-to-face service industries. Amid the spread of COVID-19, it is difficult for the industries to stay afloat, making it hard for the government to keep the job program going. I think this factor has partly influenced the rising unemployment rate and fewer jobs. Basically, it is impossible and inappropriate to continue the project of creating jobs through taxpayers’ money for a long time.

More seriously, the number of people who said they had “rested” as well as the number of those who have given up looking for jobs has reached the highest level since relevant data began to be compiled. Those who had “rested” include people who are able to work but choose to take a rest. The number of those who remain chronically unemployed, including these two groups, is approaching three million. They are categorized as the economically inactive population and therefore do not belong to the jobless.

On a disturbing note, the sharpest increase in the number of those who have “rested” was seen in people in their 20s. If the employment conditions for this group do not improve much even after economic recovery, the young population may still remain unemployed to cause serious social problems, including generational conflict.

The job market remained sluggish last year and the trend continues this year. Looking back, however, the youth unemployment rate in Korea has increased since 2014, indicating that young people find it challenging to land jobs.

Amid the long-term recession in the 1990s and the 2000s in Japan, many young people failed to get jobs and financially depended on their aging parents. They are described by some as the “lost generation.”

If young people remain jobless, economic or industrial knowledge and technology will not be transferred to the younger generation properly. This will then widen a gap between generations. Youth unemployment will also make society lose steam on the whole.

The prospects for the future job market are not bright. With the strict social-distancing rule still in place, the job data will likely worsen in the first two months of this year. The government said last week that it would offer 80 percent of public sector jobs that had been planned for this year in the first quarter. Apparently, the government anticipates the worst employment crisis in the first quarter as a result of the third wave of COVID-19 infections.

Compared to last year, economic indexes overall are expected to improve this year. But the job market tends to recover some time after the economic situation improves. Therefore, employment figures may remain low throughout the first half of the year, even if the economy picks up.

Industries, not the government, are the main contributor to generating jobs. It is highly important for the government to map out policies in a way to help companies and industries to grow. Youth unemployment has been a major problem for years in Korea. The government needs to introduce an effective policy to prevent this situation from being protracted further.

The pandemic has frozen up the employment market, and the impact has been felt more acutely in the vulnerable sector. The employment shock caused by the pandemic reminds us once again that job creation is the best welfare policy.

While the public sector props up the employment market, the government should also come up with proper measures to induce the private sector to generate quality jobs.