Korea Seeking to Catch up in Global Space Race 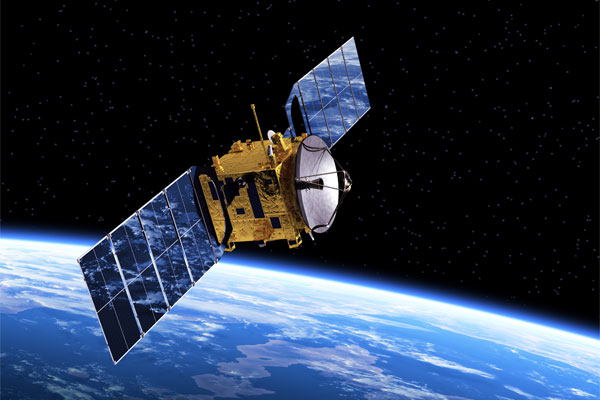 South Korea’s next-generation, mid-sized satellite was successfully launched and made its first contact with a base station on March 22. This carries great significance in the history of Korea’s space development, as it represents an economically feasible technological development that keeps up with global trends in space exploration.

The world has ushered in an era of “New Space,” with outer space emerging as a land of opportunities. In the past, space exploration symbolized the high level of science and technology of a country and national pride. On top of that, countries around the world now see great economic value in space itself. It is little wonder that governments are eager to join hands with the private sector for space development.

The next-generation, mid-sized satellite No.1 weighs about 500 kilograms. Equipped with a precision electro-optical camera, it can identify a single car at about 500 kilometers above the Earth’s surface.

For the next four years, the observational satellite will be used for various purposes such as resource management and disaster control.

South Korea has completed the development of 16 satellites, mostly small ones, since it started satellite development in the early 1990s. This time, it has successfully developed a mid-sized satellite. Not only the state-run Korea Aerospace Research Institute but private companies participated in the development process. Based on technology transfer from the institute, the Korea Aerospace Industries, which is a private company, will oversee the whole process of developing and launching another mid-sized satellite scheduled for launch in the first half of next year.

Korea is also planning to launch its first domestically developed space rocket Nuri in October this year. If the launch proves successful, South Korea will be the seventh country in the world to secure independent technology for space launch vehicles, after the U.S., Russia, Europe, China, Japan and India.

Nuri is a three-stage rocket developed with indigenous technology. The first stage booster uses four engines, and each of the second and third stage boosters use a single engine. 30 Korean companies, including Hanwha Aerospace, have taken part in the rocket project. The successful launch of the rocket will propel Korea’s space technology to a higher stage, although it still has a long way to go before reaching a world-class level.

Space and the space industry might be regarded as something in the distant future. But relevant technology is actually closer to us than we think. Satellites are used for daily weather forecasts and navigation systems that help us find our way. The historic civilian flight into space is expected this year. Cleaning up space debris, space delivery and space advertising can all become a reality. Given the unlimited growth potential of the space industry, major economies like the U.S. and China are expanding their investment in this promising industry.

Other than just rocket launches or manned spacecrafts, the space industry is being perceived from a business point of view now. Morgan Stanley estimates that the global space industry will grow to 1 trillion dollars by 2040. The former Trump administration in the U.S. initiated the Artemis program aimed at returning astronauts to the moon. Private companies like Elon Musk’s SpaceX, Virgin Galactic and Boeing are enthusiastic about space exploration. Thanks to the development of relevant technology, space taxis or space tourism will not be just reserved for a small group of selected people but will be more common and accessible.

Currently, China and Russia seek to build a joint lunar space station and cooperate in exploring the moon and Mars. Meanwhile, the U.S., Australia and Europe have joined forces to develop in outer space. The situation could be described as a new Cold War in space development.

World powers are not the only ones that show interest in outer space. The United Arab Emirates surprised the world by successfully entering the orbit of Mars, becoming the fifth country in the world to do so. Luxembourg announced a plan about the use of space resources in 2017 and chose space as its future growth engine. The U.K. plans to grab 10 percent of the global space market by 2030, as stated in its Space Innovation and Growth Strategy.

Big private companies like Tesla and Amazon are also competing to stay ahead in the space industry with creative ideas.

No doubt, Elon Musk’s SpaceX is leading the industry. Many of you may have heard about the “Crew Dragon” spacecraft developed by SpaceX. The private, crewed spacecraft proved successful. Amazon, which makes up a whopping 40 percent of the e-commerce retail market in the U.S., also has its sights set on space. The space development competition is even fiercer in the private sector.

South Korea is also moving fast to develop its own space technology. The Korean government announced a space development strategy on March 25 with the goal of becoming the world’s seventh-largest space developer. Apparently, the country is determined to make a bold investment in the space industry not to lag behind in the global “New Space” race. Korea aims to launch its first lunar orbiter next year and to realize its dream of landing on the moon with its own space rocket by 2030. However, there is still a long way to go.

As if on cue, technology powerhouses are rushing to outer space. What does it mean? They will explore space in the new era. Korea should join the race. The U.K. and Japan plan to join the U.S.’s Artemis program of lunar exploration. I hope Korea will also be a member of the team to learn more about space development and join the ranks of space powers.

South Korea’s annual budget for space development is 500 million dollars, compared to Japan’s 3 billion dollars. I think more money should be invested in technology development. It’s important for the government to do this, but it’s also necessary to boost the private sector’s capability in this field.

I believe Elon Musk’s SpaceX has contributed to expanding the space industry in the U.S., prompting private companies to dominate the market. A similar development is being perceived in Korea now. The country should nurture the industry led by the private sector and implement support measures, including deregulation.

Space has long been regarded as the realm of governments and intelligence agencies, but it is now approached from an economic and commercial perspective. According to a report released by the Korea Aerospace Research Institute this month, Korea could create 534,300 new jobs, if it manages to raise its market share of the global aerospace industry from the current 0.8 percent to 7 percent, which is the country’s share of the global automobile market.

For Korea, it’s time to pay attention to the space industry as its new growth engine. Both the government and private firms need to show interest in the industry and provide full support to it.