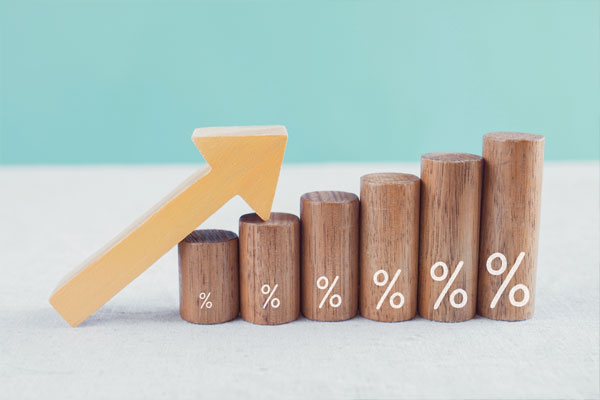 The Bank of Korea or BOK raised its benchmark interest rate to 0.75 percent on August 26 from 0.5 percent. It marks the first time in 15 months that the monetary policy board of the central bank changed the interest rate. It is also the first time since November 2018 that the BOK has raised the key rate. The rate hike signals an exit from the “ultralow rate policy” that the bank has maintained to respond effectively to the COVID-19 pandemic and stimulate the economy. While some emerging economies, including Brazil, have lifted their policy rates this year, Korea is the first major Asian economy to do so.

Here is Kim Dae-ho, director of the Global Economic Research Institute, to examine the background of the BOK’s rate increase and its potential impact on the local economy and finance.

One of the reasons for the rate hike is the growing inflationary pressure. Consumer prices rose 2.6 percent on-year in July, surpassing the government’s inflation target of 2 percent. Also, the low interest rate trend has prompted many Koreans to take out loans to invest in real estate and stocks, raising concerns over an asset price bubble and surging household debt.

To fight rising inflation, stabilize asset prices and rein in snowballing household debt, the BOK has decided to raise the key interest in a major policy shift, although the move may place a burden on small businesses.

Household debt in Korea reached over 1.8 quadrillion won, which is roughly 1.6 trillion US dollars, as of the end of the second quarter of the year. It is the highest to date since relevant data began to be compiled in 2003. Another factor behind the rate increase is confidence in the Korean economy, which is expected to grow over 4 percent this year on the back of robust exports. On top of these domestic issues, there are also external factors that influenced the BOK’s rate-hike decision.

The minutes of the U.S. Federal Open Market Committee meeting show that the Fed will start tapering soon. The U.S. has also seen an increase in housing prices, inflation and household debt. Against the backdrop, the Fed has implied that it will reduce the pace of asset purchases. The US dollar has strengthened over the past month, causing the Korean won to US dollar exchange rate to rise. South Korea has lifted its interest rate before the U.S., in an apparent bid to reduce exchange rate fluctuation resulting from the Fed’s prospective tapering. If the U.S. raises its key interest rate, funds will flock to the U.S. from around the world. As Korea has already raised its own rate, part of the funds may come to Korea. That’s why the BOK has carried out a preemptive rate hike.

Following the rate increase in Korea, borrowers will have to shoulder a heavier burden in debt repayment. The situation is worrisome, considering that 73 percent of the borrowings by households carry floating rates, not fixed rates. That means many indebted households are vulnerable to rising interest rates.

South Korea’s debt, including household, corporate and national, amounts to 5 quadrillion won or some 4.3 trillion dollars. In this situation, a 25 basis point rate hike would result in a huge amount of debt interest repayment gains. Unfortunately, many self-employed people already find it hard to pay back their loans and pay rent due to tough social distancing rules. Those groups will face an even heavier burden. For companies that export their goods, rising interest rates will cause them to lose price competitiveness.

Many analysts predict that the rate hike will not curb the soaring household debt and real estate prices right away. That’s because many households still need to get loans for various reasons, while expectations for a rise in asset prices are still high enough to offset the increasing interest burden resulting from a 0.25 percentage point rate hike.

But some others say that it’s necessary to wait and see the effect of the recent rate increase, because the rate decision sent economic players a clear signal that the era of the ultralow interest rate is over. Moreover, additional rate hikes are anticipated.

BOK Governor Lee Ju-yeol strongly hinted at the possibility of more rate increases. But he said that the central bank would examine the timing and degree of a rate adjustment in consideration of various factors, including developments in the pandemic situation and vaccinations. Another important factor would be monetary policy changes in the U.S., which is expected to raise its interest rate next year. If the U.S. begins tapering earlier than expected, Korea will be in a hurry to raise its own rate. If the U.S. carries out a rate hike slowly, Korea will follow suit.

Clearly, both Korea and the U.S. are moving toward monetary tightening.

After the global financial crisis ended in 2010, the BOK raised the interest rate five times in the span of just one year. It may take similar action when the COVID-19 crisis is over. The government and financial authorities in Korea now have to devise measures to ensure a soft landing of the market in the era of higher interest rates.

Most economists agree that rate hikes are inevitable in light of macroeconomic conditions and the global economic situation. But even if the Korean economy improves overall, some businesses have already been hurt by the pandemic unexpectedly. Apart from rate hikes, the financial authorities need to adopt proper measures to address the problems of the struggling groups, such as a delay in repayment of loans.

It is also important to raise the interest rate little by little so the market can prepare for the change. When formulating monetary policies, the financial authorities need to consider households and small business operators that are exposed to the risk of rate increases. For instance, a new policy may allow those vulnerable groups to change from floating-rate loans to ones with fixed rates.

In the process of overcoming the pandemic and normalizing the economy and finance, the government, the financial authorities and the central bank should be able to come up with well-thought-out policies in cooperation to minimize the negative impact of the pandemic on vulnerable groups.