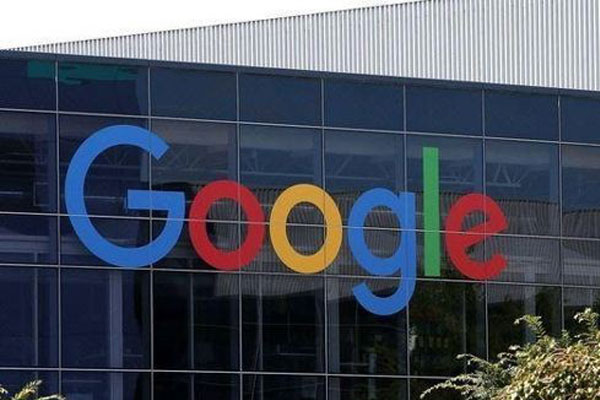 Big-tech firms mean dominant IT companies, including Amazon, Apple and Google in the U.S. They may also refer to Korean online platform providers such as Naver and Kakao. The big-tech platform companies have flourished amid the non-face-to-face trend triggered by the COVID-19 pandemic. But in the shadow of their success story lie some problems, including their excessive market dominance and the abuse of their power over small mom-and-pop businesses.

The government and financial regulators in Korea didn’t want just to sit idle. The financial authorities have put a brake on sales of financial products on the platforms of Naver and Kakao, in the belief that their recommendations of financial products such as insurance and fund products through their platforms are against the law. The passage of the so-called “Anti-Google law” last month can also be understood in the same context.

Here is economic commentator Chung Chul-jin to examine the ongoing move to regulate IT platforms.

Kakao and Naver have their own financial units—Kakao Pay and Naver Financial. The financial arms have recommended funds, insurance and other financial products to customers on their platforms, claiming that it is advertising business. But the financial authorities consider the practice to be an act of intermediation, rather than advertising, because the fintech companies collect sales commissions. For brokering, businesses are required to obtain an intermediary license, and sales of financial products on the platforms of those unregistered business entities go against the law. The authorities have recently announced that the companies should halt such services after a certain period of time. Due to the tough regulation, shares of Kakao and Naver have nosedived.

Regulations against global big-tech companies started even earlier. The National Assembly passed the revision of the Telecommunications Business Act on August 31. With the passage of the so-called “Anti-Google law,” Korea became the first country to ban app stores from limiting payment options. The law prohibits app-store operators like Google and Apple from forcing content businesses to use their specified payment systems. Through their own billing systems, the large platform companies have charged a 30-percent commission on in-app purchases. The content businesses have been helpless against the arbitrary lifting of commission fees charged by app-store operators, which account for nearly 90 percent of the market.

That’s why the political community, the government and financial authorities rolled up their sleeves to regulate the domineering big-tech firms.

There are three main problems concerning platform companies. Speaking of the monopoly issue first, platform operators provide convenient, free services initially. Once they dominate the market, however, they may switch to paid services. Another problem is their reckless business expansion, which could hurt small, local businesses. Third, there is an algorithm issue. YouTube’s video-recommending algorithm, for example, offers similar content, as it only exposes what it wants to show. With these concerns becoming a reality, the Korean government and financial regulators have started to regulate big-tech firms.

Kakao, Naver and Coupang have already been criticized for their power abuse against those in a weaker position and reckless mergers and acquisitions. The number of Kakao affiliates in Korea has increased to 118 in June this year from 45 in 2015. It has expanded its business at random, from the designated driver service and flower delivery to beauty salons, to enter sectors consisting of small businesses. Also, there are numerous cases of unfair trade involving the platform companies, including the unilateral change of business terms and excessive commissions.

Some point out that the government is partly responsible for such a high-handed attitude of those companies. The government is blamed for creating an uneven playing field in favor of big-tech firms, in the process of advocating innovation.

Google, Apple and SNS-related firms, including Facebook and Twitter, were regarded as a role model for Korean companies. It seems the government badly wanted to nurture large, homegrown platform companies quickly. It is true that it eased many regulations for the fledgling industry, while conventional companies, including manufacturers, were still subject to strong regulations. Banks, for instance, are under the strict principle of “separation of industrial and financial capital.” But Internet-only banks such as Kakao Bank and K-Bank are an exception. Big-tech firms have also been encouraged to pursue M&As, but that was not the case with manufacturers. It is only natural that an issue of unfairness arose.

But the government, for its part, had to support local platform companies by giving them some benefits to catch up with the global trend and prevent foreign platform operators that are dominating the local market.

The recent regulatory move against big-tech firms is just the beginning of further regulations.

The ruling Democratic Party of Korea has listed the “platform economy” as one of the top issues to be discussed at the parliamentary audit, which will start next month. The political community is again moving to legislate the “Online Platform Fairness Act” that prevents large platform operators from abusing their superior status. CEOs of major IT firms might be summoned to appear during the audit. Regulating market-dominant platform companies is actually a global trend.

Europe and Japan seek to regulate big-tech companies. The Biden administration in the U.S. has also officially mentioned regulations against monopolistic practices of big-tech firms. The U.S. demands that platform companies share all data, including those related to consumers’ behavior and movement. There are also concerns about the business expansion of platform companies. A new bill in the U.S. calls for Amazon to separate its business into two websites, one for the third-party marketplace and the other for its own private-label products. The platform economy is a global trend, but many raise the need to keep brokers, namely, platform companies, from acting as owners.

Some express concerns about regulations against big-tech firms. Naver and Kakao, in particular, are only a few Korean platform companies that can compete with platform giants in the U.S. The regulations are feared to nip them in the bud even before they grow and restrict consumers’ convenience. It’s time to consider measures aimed at driving innovation while discouraging big-tech firms from acting high-handedly.

Platform companies claim that they provide huge convenience with great efficiency. From an industrial point of view, regulations may spoil creative innovation that will make people’s lives more convenient and efficient.

But we have to consider this. Speaking of a delivery app, for example, the restaurant operator cooks delicious food and the consumer enjoys it. They must be the major players in the transaction. But they end up being subordinate to the delivery app, or platform, which actually plays a leading role. The practice of this kind must be reexamined.

It’s time for both the government and big-tech firms to turn their eyes to the dark shadow behind brilliant innovation. Big-tech companies are proud of the innovation they have achieved. But they should not ignore fair competition and mutual growth to pursue profits only. The government, on its part, should not hinder their growth and innovation, while regulating them by law in an orderly manner.