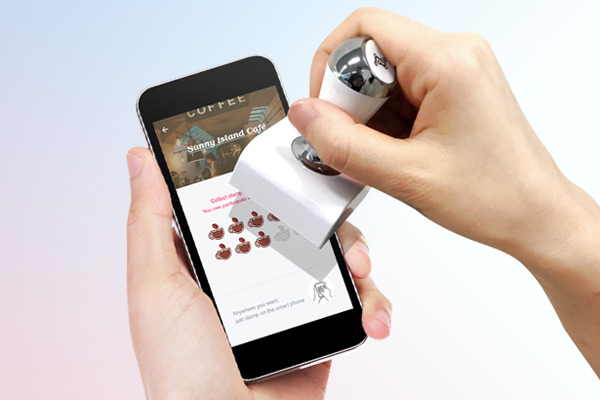 As an IT startup, 12CM is doing business with various partners both in South Korea and overseas, based on its service called the Echoss Platform. Using a smart stamp called the Echoss Stamp, the innovative technology platform directly applies offline stamping culture to the smartphone environment. A simple action of actually stamping on the phone enables various services and manages the authentication process.

Company CEO Han Jung-gyoun(한정균) and CSO Shin Sung-won are both fintech specialists who offered consulting for mobile financial systems such as Internet banking. While providing fintech solutions to local banks, they became interested in online-to-offline or O2O services that connect the offline and online worlds. In an O2O service, for example, people may use online coupons at offline stores.

O2O services require certain infrastructure, including a Point of Sales or POS system supporting an offline mode. In some countries where card payment is not widely used, inadequate infrastructure makes it difficult to use O2O services. To resolve the problem, 12CM worked on a smart stamp system.

I imagine many people may have experienced a smart stamp. If a customer shows his or her smartphone at a store, for example, a smart stamp is touched on the surface of the phone for authentication. Through capacitive touch on the smartphone, five points of conductive material are arranged in a unique pattern in the Echoss Stamp, and cloud-based software identifies the pattern for authentication. The initial cost of establishing infrastructure for this smart stamp is far lower than that of installing other options such as QR codes and barcodes. By providing a greater and easier user experience, the Echoss Stamp has a higher chance of penetrating the market, compared to its alternatives.

When customers visit stores, including cafés and sandwich shops, they might be given a sheet with blank spaces where stamps are supposed to go. Every time they visit there, their sheet is stamped. When the sheet is full, they may get a beverage or others for free. But it is rather inconvenient to carry all the sheets provided by different stores.

12CM put the sheets into the smartphone. It is pretty simple to use the smart stamp. Just like stamping on the paper sheet, hardware shaped like a stamp is touched on the surface of the smartphone. Using the authentication technology, the stamp can conveniently process reward points, voucher usage and even mobile payment. With this smart stamp, offline shops such as convenience stores and department stores do not really need barcode or QR code scanners. The company’s high-tech, easy-to-use smart stamp is being used in some 50 companies in Korea, including Hyundai Department Store and ice cream brand Baskin Robbins, and in 24 different countries.

If you buy a cup of coffee at a coffee shop, your loyalty card is stamped. If you collect 10 stamps, you get free coffee. The Echoss Stamp can be used for this. It can run on all operating systems and web browsers as well as apps. We have subsidiaries or joint ventures in Japan, China, Taiwan, Singapore, Spain and the U.S. Each day, we process about 9 million transactions from mobile-connected services provided by our 90 partners in various parts of the world.

All necessary software is provided in a cloud environment, and the stamp is the only thing that is needed in offline. The smart stamp system is incomparably better than other payment systems, in terms of convenience and cost-effectiveness.

A mobile coupon company spent about 450-thousand US dollars for a year to establish a relevant system at stores of a global coffee chain in Japan. For 12CM, on the other hand, it took only three days to install its smart stamp system at 1,000 Baskin Robbins stores in Japan, and the initial cost was 27-thousand dollars.

On the back of the vast amount of authentication data that have been accumulated for years, 12CM is preparing to take another leap forward. 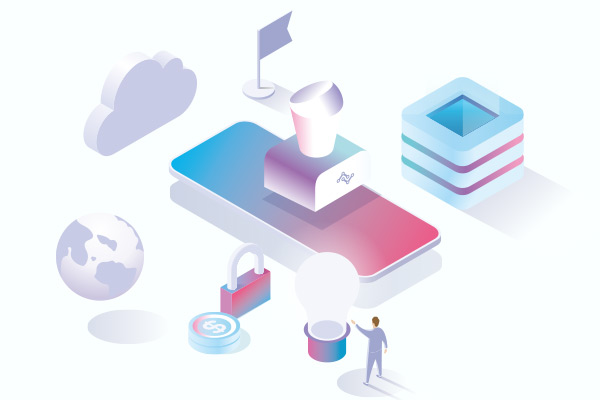 We first started with an O2O-based stamp authentication business. As we have processed 9 million bits of data a day for about seven years, we’ve secured big data. We expanded our business to the big data area in the hopes of doing something new by analyzing, extracting and integrating the huge amount of data. We then thought that we could predict the future based on big data, so we added machine learning-based AI technology to our business. We’ve actively pushed for projects related to big data and AI recently.

12CM also launched a cloud-based financial service for the first time in Korea. It is difficult to provide such services because financial services require a high level of security. But the company unveiled a cloud-based fintech service by partnering with cloud companies. Its smart stamp system was also used for a service to prevent the spread of COVID-19 in Gangwon Province. 12CM is expanding its business portfolio, using its technology that transcends the boundary between online and offline. Its dream is to become a global unicorn company.

We have a goal of setting global standards for some tech platforms. In the course of carrying out business projects related to O2O services, big data and AI, we aim to achieve innovation based on high technology. We’re also interested in making contribution to society using our technology. For example, we could conduct a campaign in cooperation with the World Food Program to help out starving people and create a donation platform to resolve the food problem of developing countries. We’ll show greater interest in environmental, social and governance or ESG activities.

A unicorn is a mythological horse-like creature with a single horn on its forehead. In business, a unicorn refers to a startup that is less than 10 years old and is valued at over 1 billion US dollars. It is almost impossible to achieve such a feat in this harsh reality, where countless companies appear and disappear. That’s probably why companies with the myth-like success story are called unicorn firms. Leading the overseas fintech market with home-grown technology, 12CM plans on exploring more overseas markets next year. Through its business expansion worldwide, the company will hopefully be able to grow into a global unicorn firm.