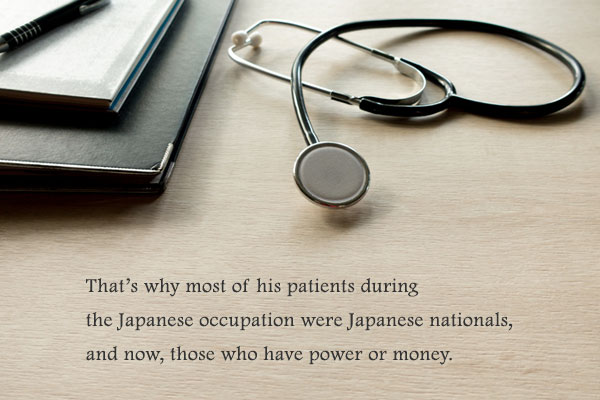 Dr. Lee In-gook’s hospital has two long-established characteristics. One is that the hospital is spotlessly clean and the other is that doctor’s fees are twice as high as other hospitals.

That’s why most of his patients during the Japanese occupation were Japanese nationals, and now, those who have power or money.

The main character of “Captain Lee” is a surgeon named Lee In-gook. He came down to South Korea during the Korean War with nothing but a bag carrying his stethoscope, but soon opened a general hospital and took office as its director.

The word kapitan or captain came to mean the head or the best. Jeon Kwang-yong titled the short story “Captain Lee” to indicate that Dr. Lee In-gook is an opportunist blindly chasing fame and wealth and an elite in Korean society.

The author called Dr. Lee “Captain Lee” to satirize the doctor who voluntarily gave up his own identity and changed his stances with the times, from pro-Japanese to pro-Soviet to finally pro-American. Over the tumultuous history of Korea, from the Japanese colonial period to the Korean War, some people tried to fight injustice while some people made compromises with reality and tried to fulfill their own desires through whatever means possible.

“I survived among the mantis-like Japanese and clingy Russians. Why would Yankees be any different? If a revolution happens, it happens. If a government changes, it changes. Lee In-gook is not dead yet. There were lots more guys who were worse than me.”