The Red Bean Porridge Grandma and the Tiger 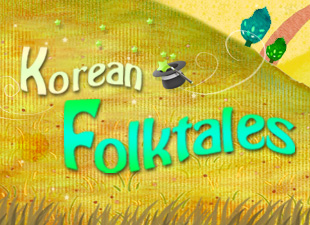 One hot summer day, an old woman was weeding a red bean field. Suddenly, with a terrible roar, a huge tiger appeared from nowhere. The scary animal was just about to attack the old woman when she said urgently. “Wait! Mr. Tiger, listen to me. I’ve planted a lot of red beans here. I’ll harvest them in the coming autumn, and I can make you delicious red bean porridge. Then, you can eat the porridge and me at the same time. What do you say?” The tiger hesitated. He wondered what the red bean porridge would taste like. He figured he could eat the feeble woman any time, and decided to wait until autumn so he could devour both the woman and the porridge. Before disappearing, the tiger told the old woman that he would return in autumn.

Time passed and autumn came. The old woman harvested all the red beans she had worked on during the past summer. While making red bean porridge at home, she suddenly felt sad at the thought of the tiger, as the beast would soon come to eat her. She began to cry. Just then, a chestnut rolled up to her and asked why she was crying. After hearing about the tiger, the chestnut said to the woman, “Grandma, don’t cry. If you give me a bowl of that delicious red bean porridge, I’ll help you out.” The old woman didn’t really believe what the small chestnut said, but she gave him a bowl of porridge anyway. After relishing his food, the chestnut hid in the kitchen stove.

When the granny started weeping again, a turtle, a mortar pestle, a straw mat, an A-frame carrier and a piece of dog poop appeared to ask why she was crying. She answered that she was scared because the tiger would come to eat her very soon. Like the chestnut, these things all asked for a bowl of red bean porridge and promised to help her. After eating their food, the turtle hid in a big water jar and the dog poop lay down in the kitchen doorway. The mortar pestle hung above the kitchen and the straw mat sprawled just outside the kitchen door. Lastly, the A-frame carrier stood next to a tree in the yard.

When darkness fell, the tiger showed up in front of the house, licking his mouth. He envisioned a tasty dinner of red bean porridge and the granny. While the poor woman was trembling with fear in her room, the tiger went straight to the kitchen to look for the red bean porridge. When he stooped down to find a pot, the chestnut, covered with hot ash, sprang out of the stove and hit the tiger in the eye. The tiger was so startled that he almost jumped out of his skin. To wash his burning eye, the tiger put his head in a big water jar standing next to the stove. As if waiting for this to happen, the turtle in the jar bit the tiger’s face hard. Frightened, and in pain, the tiger stormed out of the kitchen, only to slip on the dog poop in the kitchen doorway. Just at that moment, a mortar pestle from above fell right on his head. The tiger fell flat on his back, and the straw mat rolled him up tight. The tiger had no idea of what was happening to him. Even before he got back to his senses, the A-frame carrier in the yard carried the tiger wrapped in the straw mat on its back and ran toward the river. There, the straw mat unfurled before pushing the tiger in the water.

In a nutshell, the things in the house all joined forces to rescue the granny, faithfully keeping their promises. This folktale suggests that, if put together, small efforts by seemingly weak creatures can contribute to fulfilling even the most daunting task.
Share
Print
List