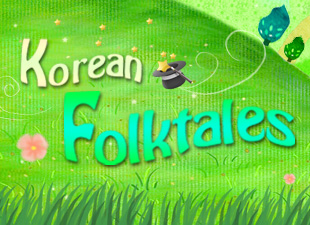 Hello, everyone. Welcome to “Korean Folktales.” In this Monday corner, we introduce you to interesting Korean folk stories. I’m Emilee Jennings. Today, I’ll talk about Manpasikjeok, a legendary flute that is believed to calm the seas and scare away any worries.

King Mumnu was the 30th ruler of the Silla Dynasty. With the help of famous general Kim Yu-shin, the king unified three kingdoms on the Korean Peninsula in the 7th century. On his deathbed, he asked his son to bury him in the East Sea, so that he could become a dragon and protect the kingdom from any foreign invasions even after his death. Following the king’s will, the son, King Sinmun, built his father’s tomb on a small rocky islet off the east coast. He also built a temple overlooking the sea grave to respect his father’s noble will.

One day, an official told the king a strange story. He said that a small island was floating towards the temple. The king asked a fortuneteller to interpret the unusual sign. The fortuneteller replied, “The late king has become a sea dragon and General Kim Yu-shin has become a heavenly god. They want to give you treasure to defend the country, so please go to the sea and receive the valuable present.”

So the king went to the sea and looked at the floating island. From a distance, it looked like a turtle’s head, with a bamboo tree on the top. Oddly enough, the bamboo was divided into two pieces during the day, but would become one again at night. After seven days of heavy storms, the king rode a boat out onto the floating island. When he reached the island, a dragon appeared and said, “My Lord, make a musical instrument with this bamboo tree. If you play it, the entire world will become peaceful. This is a treasure from your father and General Kim.” As the dragon instructed, the king ordered his servants to cut down the bamboo tree. As soon as the king came ashore, the floating island and the dragon disappeared.

The king made a flute out of the mysterious bamboo. It turned out that the flute held incredible powers. When the flute was played, enemy forces would retreat and diseases were cured. Also, the magic flute would bring rainfall if there was a drought and stop the rains in floods. Ever since then, the bamboo flute was called “Manpasikjeok,” meaning a flute that calms down ten-thousand waves, and became a national treasure. Apparently, ten-thousand waves here refer to all sorts of hardships or storms of life.

Some say this legend reflects the Silla Dynasty’s wish to bring together the displaced people from two other kingdoms it had unified and to settle peace and stability in the united Silla kingdom.

That’s it for today’s “Korean Folktales.” Please tune in again next time for another interesting Korean folk story. Thank you for listening. I’m Emilee Jennings. Goodbye, everyone.