150 Years of Korean Diaspora in Russia

Korean descendants in Central Asia and Russia sing a Korean song. On October 12th these ethnic Koreans came to visit Ansan, Gyeonggi Province. Having lived away from Korea for generation, their Korean was halting, but the very fact that they’re finally in Korea overwhelmed them with emotions. Here’s Yu Kai Tamara, an ethnic Korean who took part in the ceremony.

We came from afar to our historical hometown. So I’m glad to be here. I’m grateful that Koreans welcomed us with open hearts. “Arirang” and “Spring in My Home Town” are the best Korean songs. I’m not an Uzbek, but a Korean.

They have no memories of Korea, but their parents have instilled in them the notion that their roots lie in Korea and that they are Korean. To them Korea’s iconic song “Spring in My Home Town” is sung when they long for home and “Arirang” is the song of the Korean people. 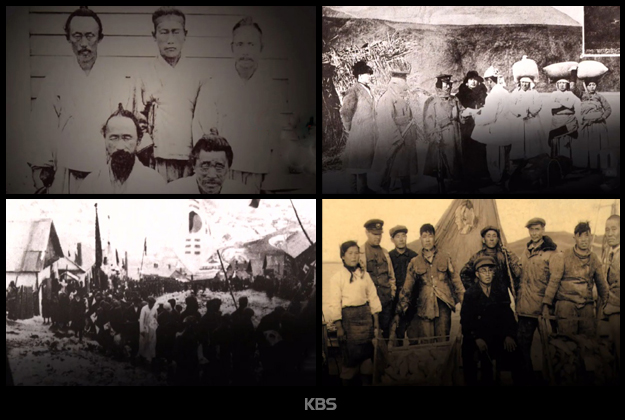 Most of the Korean migrants to Russia were from Hamgyeong Province, near the North Korea-China border. People from this province were impoverished because of the region’s infertile lands, but starting in the 1860s, some Hamgyeong residents had crossed the Tumen River to farm seasonal crops in Russia. They crossed over to Russia in spring and returned to Korea in fall after farming and harvesting crops there. But at the time, border-crossing was a dangerous crime punishable by death. In 1863, 60 people from 14 households in Hamgyeong Province, who had farmed near the Tizinkhe River, requested to settle in Russia, and the following year the Russian government accepted the request. That was the start of Koreans’ emigration to Russia, and that makes this year the 150th anniversary.

As Director Kim Sang-nyeol of the Museum of Korea Emigration History just explained, some Koreans defeated by unproductive farming and poverty moved to Russia’s Maritime Province in 1864. Then the northern part of the Korean Peninsula was hit with a severe famine in 1869, which compelled roughly 10,000 Koreans to find new lives beyond the border. During the Japanese occupation in the early 1920s, there were about 170,000 ethnic Koreans in that part of Russia, and they made up more than a fourth of the entire rural population in Vladivostok. But in 1937, the Soviet government forced Koreans living in Maritime Province to relocate to Central Asia, out of concern that Koreans could spy for the Japanese. Here’s Director Kim Sang-nyeol of the Museum of Korea Emigration History again.

The forced relocation of Koreans in 1937 was absolutely brutal. Two order forms were all that was needed to force more than 170,000 Koreans to move 6,000 kilometers. Some 2,000 Korean community leaders were purged before the relocation and many old people and young children died during the train rides there. They also suffered from mental breakdown. To make matters worse, the place they arrived at was a wasteland. The first Korean settlement in Central Asia was in Ushtobe, Kazakhstan. The Koreans were practically abandoned at a barren field in late October.

Ushtobe in October was too cold and harsh a place for the penniless Korean migrants. The promises of housing and jobs made before the relocation were never honored, leaving Koreans to fend for themselves in the desolate region. They barely survived the first winter in Kazakhstan, aided by some kind Kazakhstanis, but even such hardship could not break their spirits.

They dug caves to build homes there and started farming by cultivating the wasteland. They overcame the brutal surroundings with work ethic and fervor for learning so typical of Korean people. Despite the miserable conditions, those people preserved Korean customs and food, and at last have become the most respected ethnic group in Central Asia. In fact, they’re the most admired group among more than 106 ethnic minorities in Kazakhstan.

Following the disintegration of the Soviet Union, the country was divided into Russia and eleven other independent nations, causing great upheavals in the ethnic Korean community. Some ethnic Koreans have been coming back to Korea in search of better lives, but native Koreans here don’t quite understand the plight of ethnic Koreans from Russia and Central Asia. That’s why the committee planning commemorative events for the 150th anniversary of Korean emigration to Russia has joined hands with the city of Ansan in Gyeonggi Province to organize the “We Are the One Festival.” Here’s Mr. Kim Seung-nyeok who heads a group called “Neomeo,” which teaches Korean to ethnic Koreans from Central Asia.

Korean society doesn’t know much about the ethnic Koreans in Russia and Central Asia, because not much about their history and predicaments have been publicized in mainstream Korea. That is why this kind of event is organized. Descendants of Korean emigrants to Russia and Central Asia have experienced the greatest tragedies and some are still insecure about their identities. Even when they come to live in Korea, they don’t speak Korean and find it hard to adjust to Korean ways of life. Yet they can’t return to where they came from, because there’s no hope there. Uzbekistan and neighboring Central Asian countries are struggling economically and tend to hire people from their native populations, leaving an ethnic minority like Koreans with very few options. So I think we should pay special attention to them.

This is the first year that a festival about Korean migration to Russia is being held. But there is a special reason why the city of Ansan has sponsored this event. Here’s Mr. Kim Seung-nyeok again.

Fan dance performed by Korean-Russian dancers remind us that we are all of one blood, and the food prepared by them help us better understand their culture and lives. 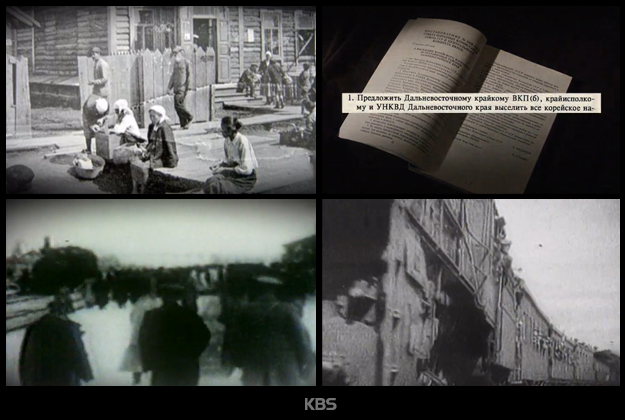 (Woman 1) As I came to know more about Korean-Russians, I realized that they’re not just a part of Korea’s distant history, but they are people who live among us.
(Man 1) I never knew that there were so many Korean-Russians in Korea and was surprised to see so many of them at once. I hope people will take more interest in the descendants of Korean emigrants living in Korea.
(Man 2) Historically, we are one with ethnic Koreans from Russia. I plan to get more interested in them from now on.
(Man 3) I wish they could be accepted into our society as our brethren, instead of strangers. I hope this event will bring all of us closer.

The most popular participant at the “We Are the One Festival” was the Korean Theater in Kazakhstan, the first overseas theater founded by Koreans.

The Korean Theater in Kazakhstan was established in 1932 in Vladivostok. At the time it was a traveling theater company named Wondong Byungang Chosun Theater based in Vladivostok. The theater used to present Korean classical dramas and performances about Korea’s independence activities and peasant movements to speak for the ethnic Korean population in Russia. It was the Korean people’s first overseas theater and predecessor of the Korean Theater currently located in Almaty, Kazakhstan. This cultural haven has provided comfort to Koreans and their descendants who were forced to settle in Central Asia in 1937.

The Korean Theater in Kazakhstan is a historically important place for ethnic Koreans who cannot live in Korea. It is natural for expats of any national heritage to want to preserve their own culture. The Korean Theater in Kazakhstan helped Korean migrants in Russia bond together and safeguard Korean culture for a long time. Whenever I visited Korea, I felt like my spirit was singing. It’s really great that I can visit my fatherland like this and I feel as if we’re connected by an invisible tie.

The theme of their performance is “Connected by One Fate.”
Ethnic Koreans in Russia and Central Asia have never lost their national spirit, singing Korean folk songs to remember their heritage. The members of the Korean Theater in Kazakhstan are still working hard to maintain Korean traditional culture. Here’s Korean Theater singer Zoya Kim to tell us more.

I’m so nervous. I wonder if the audience can understand my pronunciation. I’m worried about my songs, too, about whether they will sound like Korean songs. I feel really responsible, because I’m a member of a national theater. It’s our only cultural center. We have the responsibility to teach Korean culture, arts, and language to Koreans in Kazakhstan. Many young actors don’t speak Korean. Even I’m not very fluent. But nowadays interest in Korea is growing, so we have to preserve and nurture Korean culture and arts. That’s our pride and responsibility.

The Museum of Korea Emigration History is presenting a special exhibition on the 150 years of Korean migration in Russia. Here’s the museum’s director Kim Sang-nyeol again.

The theme of this exhibition is the mother tongue. There are three cultural institutions set up by Korean-Russians to preserve the Korean language. One was closed down in the year following the forced relocation, but the remaining two – the Korean Theater and Koryo Ilbo established in 1923 – have survived and are now spotlighted in our exhibition.

The exhibition’s first section features the lives of the playwrights, film directors, and composers who had worked at the Korean Theater. Among them are dramatist Han Jin, who was originally from North Korea, and music director Yakov Han. In the second section materials about Koryo Ilbo’s photographer Victor Ahn and reporter-turned-poet Kim Byeong-hak are displayed along with some old newspaper articles. The third section deals with Kazakhstani celebrities in love with Korean culture, and the fourth section is about stories of ethnic Koreans who assisted with the exhibition.

The past 150 years have been tough and full of sorrow for Koreans who had left their homes to survive in a strange land. But now celebrations are taking place all over Korea and in ethnic Korean communities in Russia and Central Asia to celebrate their tenacious spirit and love for Korean culture. Now it’s time for the descendants of Korean migrants to look ahead to a new, hopeful future.
Share
Print
List