The 90s music bringing back nostalgia

Share
Print
Singer-songwriter Kim Dong-ryul’s new song, “That’s Me,” was released on October 1st. It’s the title track on his sixth album, the first one in three years. Kim’s signature voice and emotion-laden melody put the song at the top of all music charts as soon as it was released. It even ranked number one in KBS’s Music Bank on October 17th.

The last time Kim Dong-ryul was named number one in a music show was 12 years ago. His focus was on concerts rather than TV appearances, but he proved his staying power when he shot to the top of music ranking shows immediately following the album release. There is another song that climbed to the top of the charts amid much fanfare. It is Seo Taiji’s “Sogyeok-dong.”

The Korean pop music scene has so far been dominated by young idol groups, but recently, older, more established musicians from the 1990s are taking back the limelight. Starting with Seo Taiji, nicknamed the Cultural President in the 1990s, and Kim Dong-ryul, the most iconic vocalist from the 90s, more and more artists from the last decade of the 20th century are making their comeback and raising hopes for the second renaissance of Korean pop music.

The Classic, the group that created a sensation with “The Magic Castle,” returned after 17 years with a new album, which includes “To Us.” Singer-songwriter Yoon Sang also made a comeback with his first new release in five years, “If You Want to Console Me.” The five-member group g.o.d. held an encore concert anchored by the new song “The Wind,” and demonstrated their undying popularity by selling more than 40,000 tickets.

(Man 1) It’s great to see my favorite singers return. I think people look for familiar things.
(Woman 1) I mostly listen to oldies because I like them better. I’ve missed them. They remind me of the old days and they’re easy to listen to. I can’t relate to the latest hits.
(Man 2) I hope to see more ballads and slower songs that touch the heart.
(Man 3) After hearing so many idol groups’ hook songs, the old, sweet love ballads arouse different emotions or deeper feelings.
(Man 4) I used to listen to Noise and R.ef. They bring back old memories.

To the delight of concert organizers and album producers, people responded enthusiastically to the return of the 1990s singers. Even industry insiders have welcomed the returning singers, glad to see a more enriched selection of music for this fall. Here’s music critic Pi Jeong-woo to tell us more. 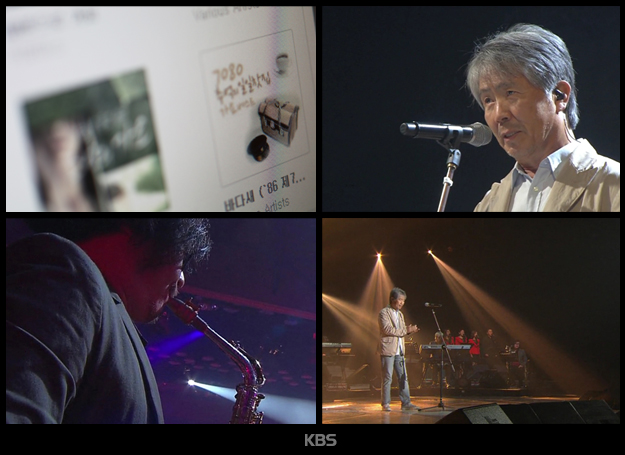 Idol groups have become all the same lately, so there were calls for a second music renaissance. It's great to see such positive reactions from the perspectives of both the singers or producers and the public or consumers. Fall is said to be the season of solitude and that season is completed with music. Ballad singers like Lee Seung-hwan and Kim Dong-ryul have come back and they’re the true practitioners of soulful music of the 90s. These singers are sure to make this fall much richer emotionally.

They must have mustered up courage. The atmosphere for the last few years has ripened to welcome back the 90s singers. Movies like “Architecture 101,” TV dramas, and variety programs began to feature more old stars sharing their stories. Also, audition programs and singing contests cast new lights on golden oldies and younger vocalists have released remakes of old songs for the new generation of listeners. All these factors helped bring back older singers.

For the past two or three years many movies and dramas made us think back to the old days.

Male duo Exhibition’s “Etude of Memory” was featured in the movie “Architecture 101” to summon memories of first love, and the dramas set against the 1990s helped bring back nostalgic memories for people who were young adults back then. Another big factor restoring old memories was the remake albums of younger singers.
Female vocalist I.U. released an album filled with remakes of seven golden oldies from the 80s and 90s, including Cho Deok-bae’s “My Old Story.” To those who lived through the 90s, these songs are nostalgia itself.

(Person 1) At the end of the year I would go to a noraebang and sing Solid’s “Soul Mate.”
(Person 2) Kim Gun-mo’s “Wrong Meeting” used to be played all the time in a burger shop. So whenever I hear that song, I’m reminded of that hamburger shop.
(Person 3) When I hear Seo Taiji’s “I Know,” I remember that I sang that song in a talent show.

The nostalgic atmosphere has fueled the older singers’ desires to release new songs and resume their singing careers. Kim Kwang-jin of The Classic was sure that the public was ready to enjoy the 90s music again before making his comeback album.

The Classic had released three albums before its members went their own ways. But I suggested one day making an album under the name of The Classic again. The 90s songs were performed in various talent shows and auditions, prompting people to go retro. So I thought our latest album was meaningful and I’m glad we made a good album.

Most of the singers that enjoyed explosive popularity in the 90s were songwriters as well. The Classic, Kim Dong-ryul, Seo Taiji, and Yoon Sang are just a few of the artists who wrote their own songs to reveal parts of themselves to the public. Back then, there were a number of songs representing each genre of music, unlike in the 2000s when the Korean pop music scene was flooded with dance music and hook songs performed by young idol groups. Here’s music critic Pi Jeong-woo again.

The 1990s was called the Renaissance of the music industry. That means that songs and musicians from that era were characterized by their diversity and distinct personality. The most prominent feature of that period was the emergence of talented singer-songwriters who competed with one another, in a good way, to make touching songs. Different genres, other than love ballads, were all popular back then, like Deuce’s “Look Back at Me,” Hyun Jin-young’s “You Are in My Unclear Memory,” Roo’Ra’s “The Angel who Lost Wings,” and Yoon Jong-shin’s “Reincarnation.” All these songs remind us of the 90s.

Kim Gun-mo’s second album made quite an impact on the music industry. Its title track “Excuse” was the first reggae-style song introduced in Korea and sparked Korea’s reggae craze.

Kim Gun-mo is significant in Korean music history because he made black music popular in Korea. He was so talented in performing black music that he won the nickname “Korea’s Stevie Wonder.”

The late Shin Hae-chul, who died just last week, was the first one in Korea to try out English rap in a slow ballad. That song was “Goodbye” on his first solo album, released in 1990. 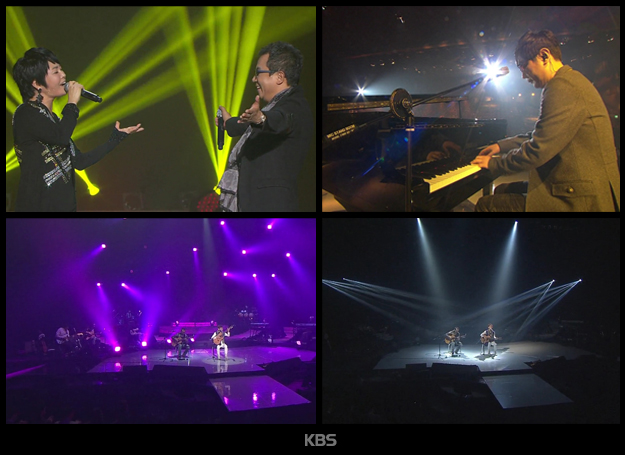 This song was released in 1990. Shin had inserted an English rap part in the middle of this mid-tempo ballad, which was a shocker back then. It was a total departure from the music of the 80s and showed the diversity of 90s music.

Shin was especially admired for carrying out musical experiments in various music genres, including electronic and heavy metal. He has undoubtedly taken Korean pop music to a higher level.

Shin was the leader of progressive rock in Korea. He started his music career as a pretty-faced idol, but gave that up to form a rock band called NEXT and become a real artist. He succeeded in popularizing rock music, especially progressive rock combined with his lyrical melodies that were more accessible to the masses. I believe Shin Hae-chul was the singer, musician, and artist who embodied the 1990s.

It was common back then for people to enjoy all the tracks on an album and try to understand the emotions and meanings incorporated in the lyrics and melodies. That’s why musicians of the 90s were so intent on making every song count. Here’s Kim Kwang-jin of The Classic.

Music was at the center of the cultural industry in the 1990s, because the Korean film industry was not that big and there weren’t as many multimedia contents as there are now. So albums had great cultural implications. An album is a better means to judge a singer’s musical spectrum than a single track. Back then, people had enough patience to listen to the whole ten or twelve tracks in an album, but nowadays people don’t have that kind of patience anymore.

Listening to a song’s lyrics was as emotionally captivating as reading a short essay. The 90s songs were full of introspective thoughts and poetic expressions.

Balladeer Shin Seung-hoon, concert king Lee Seung-hwan and expressive Yoon Sang stole people’s hearts with their touching melodies, sincere lyrics and sweet voices. When they spoke of love, people fell in love, and when they sang about the pain of breaking up, people wept.

Ballads have melodic organizations, meaning there’s an intro, then the melody develops to reach a climax, and then dissipates emotionally to a conclusion. Today’s repetitive songs don’t have those kinds of developmental stages. It’s not easy to give meaning to every note and word in a 3 to 4-minute song. Ballads are meant to make listeners feel deep emotions and remember their sentimental memories. That’s why ballads sing of love, sadness and nostalgia.

The Korean pop music industry has become more colorful and energized recently, ever since the 90s singer-songwriters came back. Their unforgettable voices, solid musical skills, and dramatic creativity are why we expect to see another renaissance of Korean pop music.
Share
Print
List