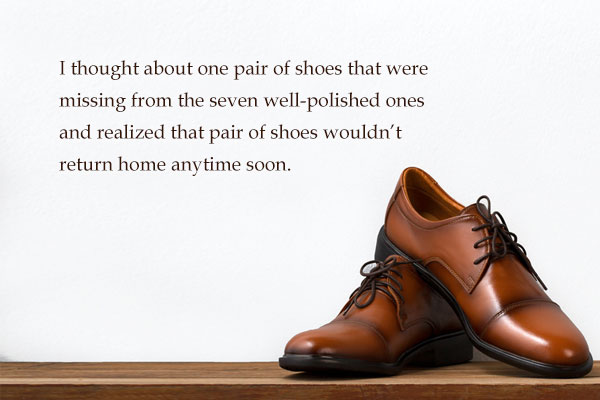 Mr. Oh is the story’s narrator and a high school teacher in Seongnam on the outskirts of Seoul. He had bought a house there but had to rent out a room since he couldn’t keep it up on his teacher’s salary. The new tenant was the story’s protagonist, Mr. Kwon and his family.

Apparently, Mr. Kwon’s shoe-shining skills were way better than the average. Even the tools he used were in a complete set much like the ones belonging to a professional.

When the shoes were gleaming like plated metal sheets, Mr. Kwon’s eyes came up from my feet to my face. He was smiling brightly. His eyes were shining as brilliantly as the point of his shoes.

In August of 1971, there was a terrible incident involving the urban poor. As a part of an urban renewal program, the government had relocated the residents of an illegal shantytown in Seoul to a large residential complex in Gwangju, Gyeonggi-do Province. But there was an administrative glitch in the relocation process, infuriating the poor slum residents to revolt. Author Yun Heung-gil criticized the reality by using the riot as the event that led to Kwon’s appearance in the story.

I sent children along with my wife to the hospital and searched Mr. Kwon’s room thoroughly.

It was the first time since I rented out the room that I looked around the inside in broad daylight. Where a wardrobe should be placed as the most prized household item, there were nine pairs of shoes all neatly lined up like soldiers ready for inspection.

Six pairs were impeccably polished and three were coated in dust. Of ten pairs he had, he must have picked seven pairs that he liked and shined them all at once to wear them alternately, one pair for each day of the week.

I thought about one pair of shoes that were missing from the seven well-polished ones and realized that pair of shoes wouldn’t return home anytime soon.

: 1968 Published “The Season of a Gray Crown” on Hankook Ilbo