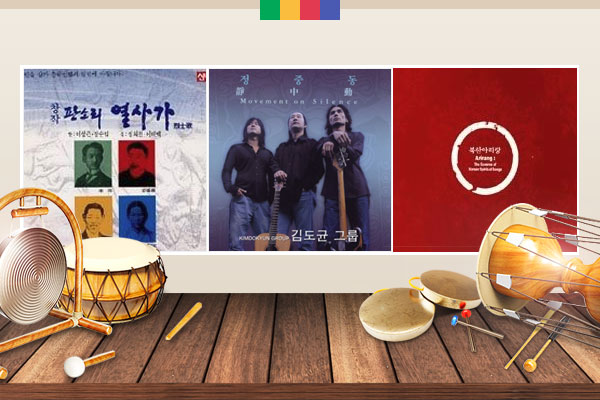 This year’s March 1st is the centennial of the March 1st Movement, a nationwide civic uprising against the Japanese colonial government. Since Korea was annexed by Japan in 1910, Koreans from all walks of life had regularly staged anti-Japanese demonstrations.

But the March 1st Movement was the first nationally coordinated resistance campaign. Widely known as non-violent resistance, a series of protests took place nationwide from March 1st until the end of April, despite a ruthless crackdown by the Japanese government. This event directly led to the establishment of the Korean provisional government in Shanghai that October.

Records show that approximately 1.1 million people participated in some 1,200 protests across Korea. One of the most memorable participants was none other than Yu Gwan-sun유관순. The 17-year old student took part in a protest near Namdaemun Station on March 1st, 1919 with five of her friends. When her school was shut down, she took the Korean Declaration of Independence to her hometown, Cheonan천안, South Chungcheong Province.

Then she read the declaration at Awunae아우내 Market on April 1st and distributed homemade Korean national flags, sparking further demonstrations. Yu actions led to the death of her parents, and she herself was arrested and died in prison. Here is a passage from a creative pansori piece titled “Patriot Yu Gwan-sun” inspired by her life story, sung by Jeong Soon-im.

Another creative pansori piece titled “Song of Patriots” is about the lives of renowned freedom fighters Lee Jun이준, Ahn Jung-geun안중근, Yun Bong-gil윤봉길, and Yu Gwan-sun. It was written by master singer Park Dong-sil박동실, who hails from Damyang담양, Jeollanam-do전라남도 Province.

It’s not clear what inspired Park to write “Song of Patriots.” Back then, the Japanese colonial government banned all Korean songs, fearing that Korean music would heighten Korean people’s patriotism and strengthen anti-Japanese sentiment. This is why Park couldn’t have announced outright that he had written this song, but, according to his students, this song must have been completed before 1945 since they heard Park sing it in secret even before Korea’s liberation.

When the song was at last sung publically after Korea gained independence, everyone in the audience reportedly stood up to cheer and celebrate independence together. During the colonial period, master singer Im Bang-ul’s임방울 album featuring “Ssukdaemeori쑥대머리,” meaning “Disheveled Hair” from the pansori “Chunhyangga춘향가,” supposedly sold more than one million copies. The popularity of Im Bang-ul’s song must have been driven by those who related to Chunghyang’s ordeal. Here’s Im Bang-ul singing “Ssukdaemeori” accompanied by Kim Do-gyun Group.

As more studies were done on independence movements and resistance fighters, a number of female independence activists came to light. One of them was a gisaeng기생 from Suwon named Kim Hyang-hwa김향화. At the time, gisaeng or female entertainers played a key role in anti-Japanese movements. These women took part in protests all over the country and, when King Gojong died, they donned traditional funereal attire and mourned his passing in the capital city.

Many gisaeng also participated in the March 1st Movement, compelling others to participate in regions throughout the country. At the head of these women was Kim Hyang-hwa. She was imprisoned alongside Yun Gwan-sun, and apparently drew more attention at the time than the young student did.

Perhaps Kim Hyang-hwa’s rather low ranking in society – borne out of her lifestyle as a female entertainer – invited greater empathy from the people. We’ll wrap up this episode with “Arirang Fantasy” performed by the Kyoto Symphony Orchestra conducted by maestro Kim Hong-jae.