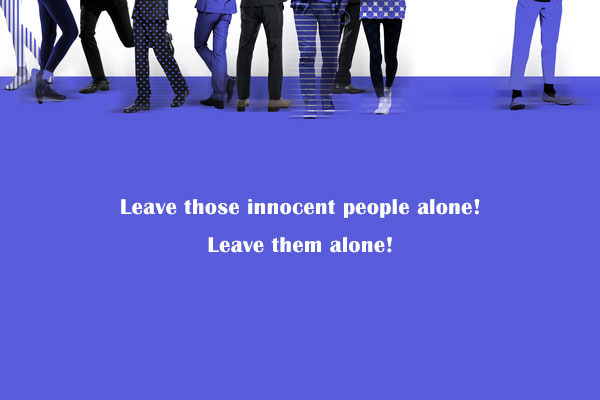 In the following morning, I again ran into that man as I was driving to work.

Two pine trees stood on the neglected lot there and a blue tarp was hung between the two trees like a ceiling.

The man was holding up two sheets of hand-written posters glued on a plywood board. The letters on one poster were too small to read, but those on the other one was quite legible.

Mr. Kim Seok-man at Unit 502 of Building Number 103! Give me back my seven million won!

We have been thinking hard about how to get along with our neighbors in this chaotic world where people’s conflicts with other people flare up all too often. Lee Ki-ho has incorporated this serious topic into a tight fictional framework with wit and insight.

Narrator of the story “I” is a writer and university professor. Strangely, he feels angry all the time, even hitting things with his fist when he was by himself. He doesn’t know why he gets upset so much and tries to control his anger by taking deep breaths.

“Is it because of your mother?”

I asked him with my hands in the parka pocket.

“Is it because you think you are to blame for your mother’s death?”

He looked away from me and dropped his head.

“No, why should she die because of me?”

Just when he said that, I took my hands out of the pocket and grabbed him by the collar.

“What do you mean no! That’s exactly why! You think your mother died because you were late with the money.”

Still held by the collar, he stood up awkwardly, knocking over the portable fishing chair he was sitting on.

“No, I only had six million won. I had to work two more months for the rest.”

Just when he finished saying that, I let go of his collar. I wasn’t listening to what he was saying.

Why do we get angry at innocent people?