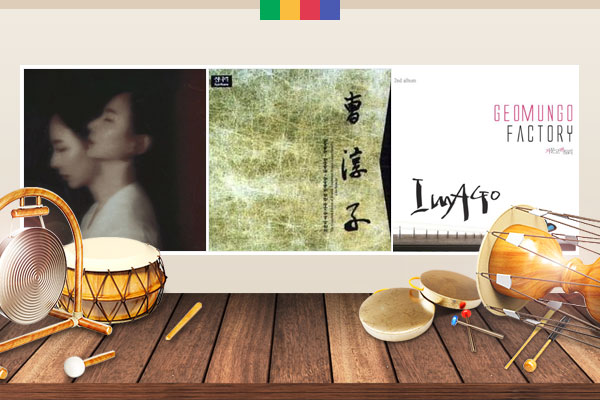 Flowers started blooming in the south and trees become greener by the day. These are signs that a warm spring is on its way. In the old days, however, spring seemed to be a season of parting. In those days, when there were no trains or automobiles, boats were a primary mode of transportation for many.

But boats are useless on a frozen waterway. Thus, people had to postpone their travel plans until the spring thaw. When the weather warmed and the water flowed freely once more, travelers would leave their loved ones, making spring the season of parting. A Goryeo-era poet named Jeong Ji-sang정지상 wrote a poem describing the feeling of spring.

Grass grows greener along the long pier after the rain

And I sing a sad song as I send off my beloved at Nampo.

When would the Daedonggang대동강 River go dry?

Tears of parting are added to the blue river every year.

One who parted with their beloved must have endured many lonely days, and many may have “Susimga수심가” to sooth them. Today’s rendition of this folk song from the western provinces is performed by Kim Moo-bin.

The first couple of lines of the song are translated as thus - if a spirit in a dream can leave traces of its comings and goings, the stone pavement in front of the house would have turned into sand. This implies that the singer had countless dreams of searching for a loved one.

When people bid farewell at the waterside, lovers would often break off a branch from a budding willow tree and give it to their partner as a sign of their affection. But why willow trees of all things? Lee Ik, a Confucian scholar in the later-Joseon period, wrote that Koreans used to give presents to travelers. Willow trees were ubiquitous along rivers, and it did not cost much to break off a willow tree branch to express one’s sincere admiration.

Also, you could plant a willow tree by just sticking a branch in the ground anywhere, so a willow branch was meant to be planted and remember the loved one who gave it to them. There is a poem describing how cuckoos fly playfully among the willow tree branches after a heartbreaking farewell. Willow branches are described as threads in a loom and the cuckoos as the shuttles carrying the threads, weaving the tapestry of spring. Coming up next is a song traditionally sung by female singers titled Isudaeyeop Willow sung by Cho Sun-ja.

The music piece you just heard is among the slowest traditional songs in Korea. The song has only 48 letters, which are stretched over a 10-minute span. In fact, the sound of each letter is stretched for so long that all you hear at the end is the sound of a vowel. Those long vowels contain describable feelings, such as long sighs.

It is said that time heals all wounds. It’s fortunate for humans that even the deepest cuts and saddest occasions become somewhat bearable over time. The last piece we have for today’s episode of Sounds of Korea is Seonaryeong서나령 by Geomungo Factory. According to the geomungo ensemble, this piece was written when the musical group was undergoing the toughest time in its career. Geomungo Factory members say they relied on this music to help them persevere. We all experience hard times, and we are grateful if we can find something or someone to help us get through it.