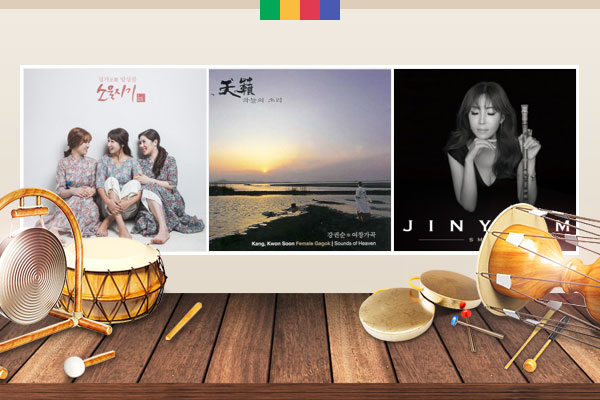 Lee Jeong-bo(이정보) was a renowned Confucian scholar and high-ranking public official during King Yeongjo’s(영조) reign. He loved entertainment and had a deep understanding of music, so he sponsored several musicians after he retired from his public position. Among his proteges was a gisaeng(기생) named Gyeseom(계섬). She used to be a slave at a government office in the Songhwa(송화) region of Hwanghae-do(황해) Province. Her parents died when she was just a child and she started learning how to sing at age 16. When she became a local celebrity with her singing, a gentleman named Won Eui-son(원의손) had her stay at his home and developed her talent even further. But about ten years later, they had a falling-out and she left his house soon after. The person who recognized her talent and took her in thereafter was Lee Jeong-bo(이정보). He cared for her deeply, because she was not only talented but also an extremely hard worker. Thanks to Lee’s patronage, she was able to make the most of her talent and became a national sensation. Unfortunately, Lee passed away when she was at the peak of her career. Gyeseom(계섬) heard the news of his death just as she was preparing for a royal party. She couldn’t even cry out loud lest she lose her voice. All she could do was shed silent tears for her beloved benefactor. She had time to visit his grave only after the funeral was over. She would take wine and food to his grave and sing his favorite songs. Gyeseom(계섬) might have been more grateful to Lee Jeong-bo(이정보) than to her parents, for he had recognized her talent and nurtured her to become a real artist. The first piece for today’s show is “The Road in My Dreams” sung by the female trio Soul Jigi(지기).

Music 1: The Road in My Dreams/ Sung by Soul Jigi

Gyeseom(계섬) was the star singer of her time. When female entertainers came to Seoul to learn singing, they all wanted to learn from her, and all the noblemen wanted her to sing at their parties. They would often write an ode to praise Gyeseom’s(계섬) talent when her performance was over. But she always thought that nobody could appreciate her music and felt no attachment to the world. When she turned forty, she suddenly decided to leave the secular world and live in a remote mountain in Jeongseon(정선), Gangwon-do(강원) Province. On the day she left Hanyang(한양) for her humble home in the mountain, Gyeseom(계섬) called her closest friends to a farewell party. She told them that they only adored her because she wasn’t yet old and wrinkly and that she would abandon them now when she was still young rather than being abandoned when she was old and lonely. Gyeseom(계섬) certainly knew when to let go of her ties to the secular world. She wasn’t just a diva, but also a wise woman who knew that leaving when she was at the top was the best way to keep her integrity. Here’s Kang Kwon-sun(강권순) singing “Gyerak Cheongsando(계락 청산도).”

Gyeseom(계섬) left the capital to live deep in the mountain, but the world did not leave her in peace. Hong Guk-yeong(홍국영), a powerful government official during King Jeongjo’s(정조) reign, forced Gyeseom(계섬) out of retirement, ordering her to sing at a party in the royal palace as a 60-year-old woman. Her name was even included in a list of artists invited to the 60th birthday celebration of King Jeongjo’s(정조) mother. Confucian scholar Sim No-seung(심노승) left an account of his encounter with Gyeseom(계섬) in Paju(파주). According to his journal, the diva was 62 years old at the time, but her hair didn’t grey and she was still full of energy. He also wrote that she had lived as free as a bird, but her one lingering disappointment was that she had not met a man who would love her for who she was. The last piece we’re going to hear today is “New Thousand Years” with Kim Jiny(진이) playing the sogeum(소금).