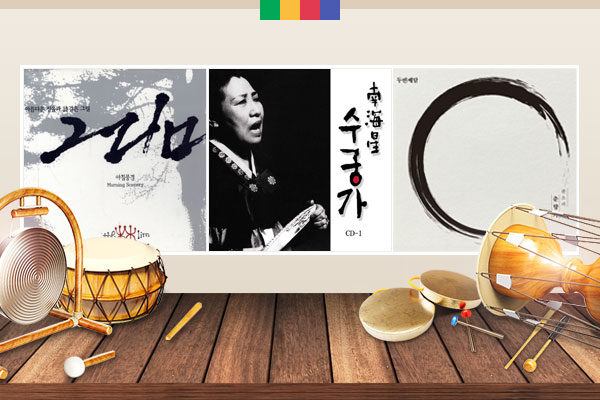 Korea was known for its many mountains and deep valleys, making the country a perfect home for tigers. The majestic and ferocious creature would often wreak havoc among the human population. For instance, an ancient record tells about an incident during the Silla(신라) period when a tiger invaded the heavily guarded royal palace. Imagine how much damage tigers would have brought to ordinary villages and private homes if they were able to penetrate the king’s residence. Because of the predator’s overwhelming power and stately appearance, ancient Koreans revered the tiger as a god or a guardian of the mountain god. Korea has many proverbs and folktales about tigers. One example is a proverb that goes, “Guests in May or June are more frightening than a tiger,” which refers to the difficulty of serving guests when there is not enough food and when the weather grows hot. Another saying, “Poking at the nose of a sleeping tiger,” is similar to a western proverb that goes “Let sleeping dogs lie” which means not to cause trouble by disturbing a peaceful situation. When referring to the distant past, Koreans like to describe it as “a time when tigers used to smoke.” Another famous Korean proverb is “A tiger leaves its skin after its death and a man leaves his name after his death.” Tigers were not just used only in Korean axioms, but they also inspired many folktales and paintings. Tigers in old children’s stories or paintings are depicted as a rather naïve, gullible creature, not a vicious animal. They often fall victim to human guile in many stories, which probably was meant to ease ancient Koreans’ fear of the predatory animal. The first piece for today’s Sounds of Korea is titled “The Day of a Tiger’s Wedding” performed by The Forest.

Music 1: The Day of a Tiger’s Wedding/ Performed by The Forest

MC: Ancient Koreans called the rain falling from the clear skies the fox rain or the day of a tiger’s wedding. In one old folktale, a fox, hoping to get on a tiger’s good side, decided to marry the tiger. But the cloud that had a crush on the fox was so saddened by the news of the fox’s wedding that it cried rain on the wedding day. However, after a while, the crying cloud decided to wish happiness for the fox, which is why the sun shined while it rained. A tiger is featured in the pansori(판소리) “Sugungga(수궁가)” as well. When the turtle came up from the sea to get a rabbit liver for the ailing sea god, the marine creature saw land animals fighting over who got to sit on the highest seat at a party. That’s when a tiger appeared to stop the bickering and take the seat of honor. When a strong character like a tiger or a god appears in a pansori(판소리) piece, its presence is expressed in an unusual and very fast ten-eight times rhythm called “utmori jangdan(엇모리장단).” Let’s listen to the passage in “Sugungga(수궁가)” in which a tiger comes to the party of forest animals.

MC: That was master pansori singer Nam Hae-sung(남해성) singing a passage from the pansori “Sugungga(수궁가).”

When the tiger discovered that a turtle was at the forest animals’ gathering, the tiger wanted to kill it and turn it into nutritious turtle soup. Using its wit, however, the turtle claimed that he wasn’t a turtle, but a toad. When the unconvinced tiger still tried to attack it, the turtle stretched out its neck, scaring the tiger into giving up. This story shows that remaining alert and clever even in times of great danger can save one’s life. A tiger also made an unlikely appearance in the pansori(판소리) “Chunhyangga(춘향가),” which is a love story between Lee Mong-ryong(이몽룡) and Seong Chun-hyang(성춘향). On the day of the two lovers’ wedding, Lee stared and dared not touch the lovely Chun-hyang(춘향). The timid groom was compared to a tiger that could not enjoy a delicious piece of meat placed right in front of it because it was old and toothless. The last music piece for today are two versions of this passage in “Chunhyangga(춘향가).” The first version of “Mancheopcheongsan(만첩청산)” is sung by Koh Yeong-yeol(고영열) accompanied by the gugak(구각) ensemble Second Moon, while the second version is performed by Daehan Saram(대한사람).