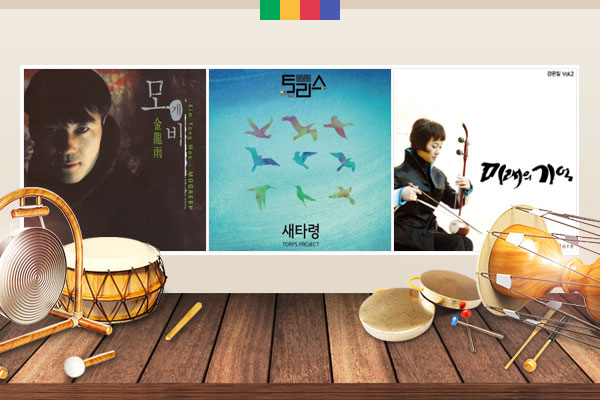 Back in the old days, even beggars had a sense of pride and shame. Although they had to beg for food, they were willing to give something in return. If they received a bowl of rice, they knew it was only right for them to do something to pay for the food, like chop firewood or entertain people. The song beggars used to sing when asking for food is called “Gakseori Taryeong각설이타령,” which means “Beggars’ Song” or “Jangtaryeong장타령.” “Jangtaryeong” was originally a song sung by traveling merchants. Even now, some street vendors attract customers with unique, eye-catching movements with their hands and feet. “Jangtaryeong” was one way to attract shoppers’ attention. In rural communities, markets usually opened once every five days or so. If a market opened in one village on the days that ended in one or five, it would then open in the next village on the days that ended in two or six, and so on. This allowed traveling merchants to move from one place to another to sell their goods. “Jangtaryeong” described the sights and sounds of various marketplaces these merchants traveled. Like the vendors, beggars must have moved as the markets traveled from town to town, and over time “Jangtaryeong” came to be equated with “Gakeseori Taryeong.” The first piece for today’s Sounds of Korea is “Jangtaryeong” sung by Kim Yong-woo.

In a book written by the Joseon-era poet Jo Su-sam(조수삼), there is a story about how a boy from Tongyeong(통영) sang “Saetaryeong새타령” or “The Bird Song” while searching for his long-lost brother. He is said to have sung this song when begging for food as he moved from one village to another. He probably wanted to fly in the sky like a bird and locate his brother from above. The song matched birds’ characteristics to people like this.

A nightingale is a good singer, so it is perfect for a concubine.

A swallow is a good talker, so it is perfect for a servant.

But what if a beggar wasn’t a good singer? Would he have gone hungry because he couldn’t pay for the food with a song? No, beggars who couldn’t sing well learned to play an instrument. The poet Jo Su-sam, mentioned earlier, wrote about a mysterious haegeum해금 player he had met when he was only a six-year-old boy. The musician, who appeared to be an old man of around 60 years of age, talked to his haegeum like a friend and even mimicked animal sounds with the instrument. The boy claimed the haegeum played a song on its own at the musician’s command.

All that sounds too fantastic to believe, but something more incredible happened about 50 years later. When Jo Su-sam turned 60 years old, that old musician allegedly came to his house to beg for food while playing the same haegeum. Did the young Jo Su-sam think the man was much older than he actually was? Or was the beggar the original musician’s son, who looked exactly like his father? No one can answer that question now, but one plausible answer is that some beggars could have been accomplished musicians. Let’s wrap up this week’s Sounds of Korea with a haegeum piece titled “Circus” performed by Kang Eun-il.