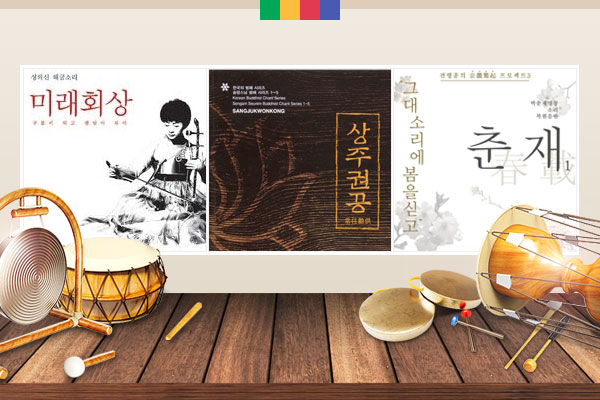 Buddhism has exerted broad influence on Korean culture ever since it was introduced to Korea many centuries ago. Buddha’s birthday, therefore, has become an occasion for diverse cultural festivities, going beyond being just a religious event. A case in point is the Lotus Lantern Festival designated as National Intangible Cultural Heritage No. 122. This festival, which began during the Unified Silla period, from the 7th to 10th centuries, has been enjoyed by people from all walks of life, from the royal family to commoners. Unfortunately, the COVID-19 pandemic has pushed back the Buddha’s birthday celebration from May 30th to April 30th. Nonetheless, Buddha’s birthday is still an occasion to remember Buddha’s wisdom and enlightenment and pray that his compassion would rain down on those suffering from this disease. In Buddhism, there is an expression of “flower rain,” which refers to a time when Buddha was giving a lecture on Yeongchwisan Mountain영취산 and flowers rained down from the sky before a white light shined out from his forehead to illuminate the whole world. A song titled “Namuyeongsanhoisangbulbosal나무영산회상불보살” which described that scene was turned into an instrumental piece called “Yeongsanhoisang영산회상.” Several variations were produced over the years while this piece was passed down to become one of the most well-known musical works for Joseon-era entertainment. “Yeongsanhoisang” is comprised of nine sub-pieces. We’re going to listen to the modernized rendition of “Yeombuldodeuri염불도드리,” one of those nine sub-pieces. In today’s episode Kim Young-ki and Kim Hee-sung will sing to the haegeum accompaniment of Sung Eui-shin.

As described before, “Yeongsanhoisang” was originally a vocal piece called “Yeongsanhoisangbulbosal,” one of the Buddhist chants sung by Buddhist monks during a religious ceremony. These Buddhist chants are called “beompae범패” or “beomeum범음” in Korean. The name of this unique genre of ceremonial music means the sound of Buddha’s teaching or the sound that originated from India. There is a reference to beompae engraved on an old stone tablet erected in front of the main prayer hall in Ssanggyesa쌍계사 Temple in Hadong하동, Gyeongsangnam-do경상남도 Province. The tablet was made to commemorate Venerable Buddhist Monk Jingam진감 who had studied in China during the Unified Silla period before returning home to promote Buddhism. According to the reference, Monk Jingam was so talented at reciting beompae that people wishing to learn the art filled the temple ground. The beompae pieces that are performed today may have originated from Monk Jingam’s time more than a thousand years ago. Beompae is divided into two categories - hotsori홋소리 and jitsori짓소리. Hotsori refers to a song based on a short poem read during the ceremony and jitsori to a recitation of bodhisattvas’ names or mantra in Indian. In jitsori, the lyrics may be short but each letter or syllable is sung in a drawn-out manner, sometimes lasting as long as 10 minutes for a single syllable. Now let’s listen to “Geoyeongsan거영산,” a jitsori piece, performed by Monk Songam.

Buddhist ceremonies are sometimes held outdoors, in front of a large painting of Buddha. This painting is called “gwaebul괘불” and “Geoyeongsan” is sung while bringing out this painting out to the yard. It was during the late 300s when Buddhism was first introduced to Korea, so the faith has been with the Korean people for more than 1,600 years. Over that time Buddhism has left its mark on many areas of our lives, especially on Korean shamanism. Indra, worshipped as the mightiest among all the gods of India, was adopted by Korean Buddhism as the protector of Buddha’s laws called Jeseoksin제석신. Korean shamanism combined this holy Buddhist guardian with its own ancient sky god to create a divine being that oversaw people’s lives and fortunes. Today’s episode will conclude with a Gyeonggi shamanistic song called “Jeseokgeori제석거리,” which prays for everyone’s peace and well-being. This version is sung by the young, rising traditional singer Jeon Byung-hun.