Songs for the hereafter 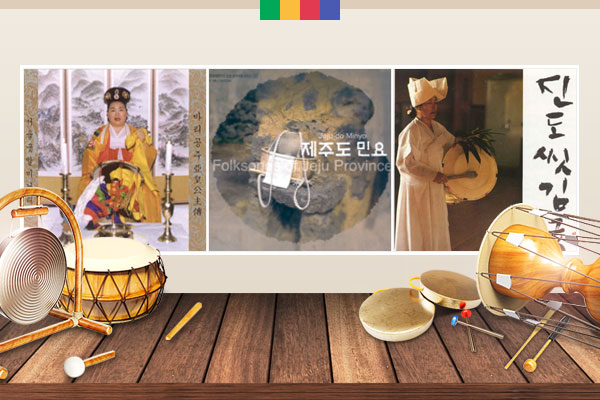 Many people believe that humans have souls and when their physical bodies die, their souls go to the spiritual world. This belief may have been inspired by people’s hope that although their lives on this earth may be short, their lives on the other side would be much longer, preferably eternal, and happier. However, the problem is that no one living has been to the other side to verify this idea and come back to tell us about it. When we plan even a simple overseas trip, we tend to do all sorts of advanced research such as the food, often-used phrases, safe accommodations, and more. So, imagine how fearful people may be when they think about taking a journey alone to the hereafter, a place we have absolutely no information on. But would our minds be put at ease if there was someone, maybe a god or an angel, who would welcome and guide the dead to the other side? Princess Bari featured in Korean myths is such a goddess, who was known to safely guide a person’s soul to the afterlife. She was originally born as the seventh princess of an unknown ancient kingdom. She was a human being who went through tremendous trials and tribulations to become a goddess. Seoul Saenamgut새남굿 is a shaman ritual held to help the dead cross over to the other side. This ritual begins by telling the story of Princess Bari’s life. Here’s master singer Yi Sang-sun to sing the passage from Seoul Saenamgut on how the princess was abandoned at birth just because she was a girl.

Luckily, a kindhearted couple found the abandoned princess and saved her life. One day, her birth parents, the king and queen, became very ill. The cure could be found only in the netherworld where no living person could travel, so the royal couple couldn’t find anyone willing to obtain the cure. The princess’s birth parents search for the girl they abandoned, and she risks her life to get the cure from the world of the dead. When she finally reaches the netherworld, she meets a giant who has the cure, but he demands that she marries him and bears him seven sons before getting the cure. She accepts the offer, meets all his demands, and returns to save her birth parents’ lives and becomes a goddess who guides the dead to the other side. The journey to the netherworld wouldn’t be so scary is there was such a warmhearted goddess like Princess Bari to meet us there. Next up is a Jeju folksong titled “Song of a Flowery Buddhist Prayer,” a funeral procession song. This song was sung when villagers carried an empty casket a day before a real coffin is carried out for the funeral. Lee Myeong-suk sings today’s rendition of the Jeju folksong.

In the past, funerals in Korea were not merely a sad occasion. Families of the deceased would of course be heartbroken, but guests would gather to drink and eat and even play cards, creating a party-like atmosphere in memory of the deceased. In particular, if someone prestigious or who lived a long life died, people would gather on the day before the casket is carried out of the home and put on a play or a music performance. Such culture inspired “Dashiraegi다시래기” from Jindo or “Song of a Flowery Buddhist Prayer” from Jeju. These songs intended to help the families of the deceased to overcome the grief with laughter and music. Today’s last music piece is apart from “Jindo Ssitgimgut진도씻김굿,” a shaman ritual from the Jeolla-do coastal area held to lead the dead souls to the netherworld. A dead person’s resentments are washed away with scented mugwort water and the path to the netherworld is smoothed out. The ritual supposedly helps the dead, but the living can also wash away their guilt and grievances at the ceremony. Here’s Kim Dae-rye singing “Smoothing the Road” from the Jindo Ssitgimgut ritual.