Koreans who love to have fun 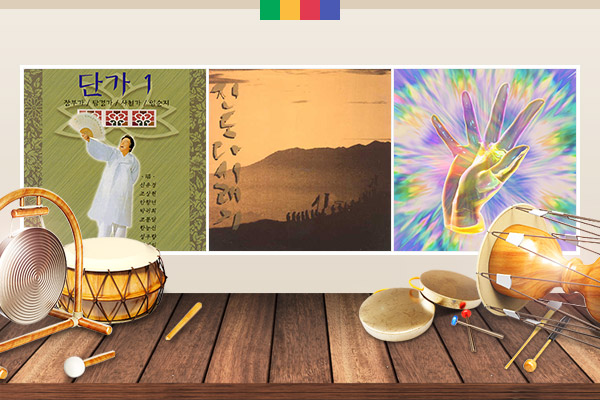 It usually takes three hours at the shortest and as long as eight hours to sing a pansori piece from start to finish. It requires physical and psychological stamina from a pansori singer to perform a pansori work. So pansori singers tend to start off the performance with a short song called “danga단가,” a sort of an opening act to check his or her vocal condition and alert the audience to get ready for the main show. Many danga songs sing of beautiful sceneries or the fleeting nature of time. Today we’re going to listen to danga “Sacheolga사철가” of “Song of the Four Seasons,” which compared a person’s life to the four seasons. The flowering spring season is likened to youth and the snowy winter to one’s waning years. This is the perfect song about how quickly time passes. Here’s master singer Jo Sang-hyun singing “Sacheolga.”

Song of the Four Seasons/ Sung by Jo Sang-hyun

“Sacheolga” is one of the most popular danga songs perhaps because this appeals to us humans who hate how quickly they grow old. Also, people must have liked the song that ends with a passage that urges the good people to enjoy the wine and have more fun and relish life. Danga songs typically end with a line that encourages people to play and have fun. The Korean people are said to have long enjoyed singing and dancing with others. It was a characteristic that was known even to China. There are several records from the ancient Chinese dynasties that documented how Koreans drank and partied for several days in a row and even held farewell parties at funerals. In the old days, funerals were held at homes, not at funeral parlors. The deceased person would have been someone’s family, neighbor and friend. So a funeral was an affair for all villagers. On the eve of the funeral, young people who are going be pallbearers would bring an empty coffin and parade it around the yard while singing and dancing. They were probably rehearsing the funereal procession to the burial ground and simultaneously comforting the grieving family with some entertainment. A play called “Jindo Dashiraegi진도다시래기” designated as Intangible Cultural Property No. 81 in 1985 is a funeral bier production of Jindo Island in Jeollanam-do Province. Here is master singer and Dashiraegi practitioner Kang Joon-seob performing three segments from Dashiraegi.

A Dashiraegi production involves several steps. The song titled “Gwanambosal관암보살” that you heard in the beginning was performed while carrying out the coffin from the house. The song was a prayer for the dead person to reach Nirvana. The second song, “Gasangjenori가상제놀이,” is about how a fake family member of the deceased is focused only on eating all the food prepared for the funeral. Then the third song “Bongsanori봉사놀이” or “A Blind Man’s Game” is a funny passage in which a blind man and his wife make audiences laugh. Such productions don’t have any set dialogues. Rather, they are improvised as the plays progress. In the old days, the dead person’s immediate family could not sleep even at night because they had to stand guard in the deceased’s room to protect his or her spirit. These plays and entertainment helped them bear the sorrow of losing a family member and stay up all night. Today’s episode will conclude with “Until the Day Breaks” sung by Coreyah.

Until the Day Breaks/ Sung by Coreyah