"A Pale Corridor" by Lee Chae-won 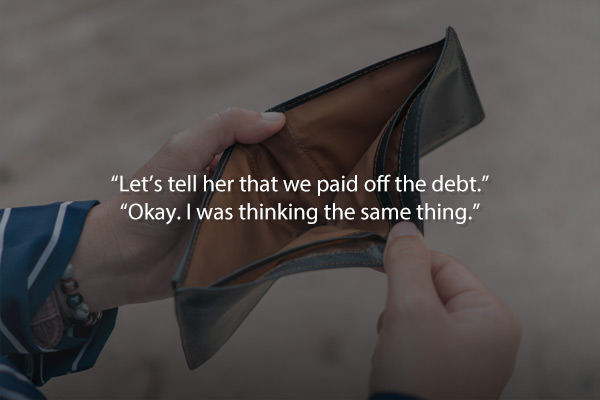 Yeong-sik stared at a bundle of cash. He was proudly thinking that the bundle represented the past 30 years of his company life. But he soon became bitter because he knew that the feeling wouldn’t last long. There was only one place where such a big amount of money could be used.

The truth is that Yeong-sik and Mi-yeon had been paying back Yeong-seon’s debt for the past 30 years. The cash gifts they got for their son’s wedding was the first large sum of money they saw in a long, long time.

They knew the money had to be used to pay off the debt, but Mi-yeon held on to the cash bundle for a few days and smelled it to get high.

“I took the money and paid off all the debt.”

“What? What made you do that without telling me?”

“You said you would set aside some for savings. Why give all of it away?”

“We had to pay it back anyway. It hurts now, but let’s forget about it.”

“Let’s tell her that we paid off the debt.”

“Okay. I was thinking the same thing.”

She wanted her sister-in-law to know that they had paid off her debt and wanted to hear an apology and a thank you from her.