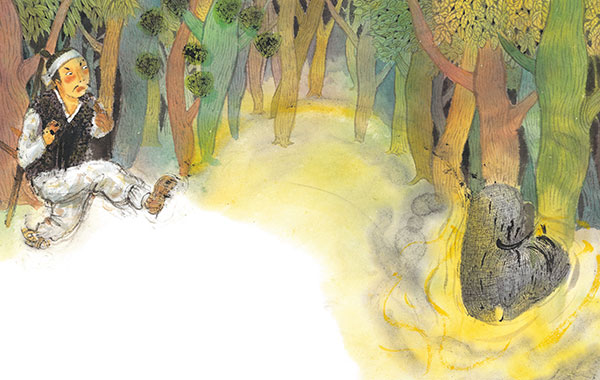 Once upon a time in Korea, there lived an old man and his wife. The old man’s job was making the Korean men’s hat called a “gat.”

The old gat maker was very talented. But one day the old man realized that his hats were not selling as well as before. So he took his hats and traveled to a marketplace located in a distant village.

He was able to sell just one before the market closed. It was already dark by the time he started to head back to his own village. While walking on the mountain trail, he spotted an old house where he could spend the night. That was when a group of horned dokkaebis, the Korean goblins, barged into the room. 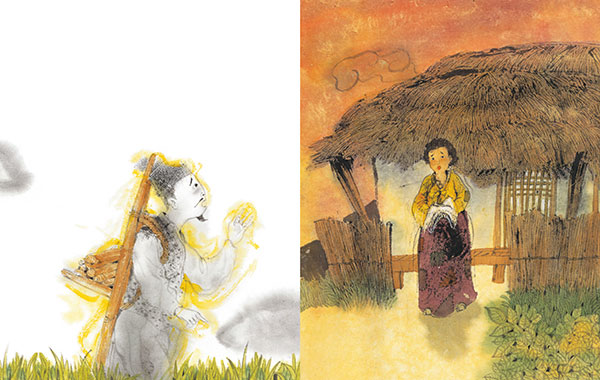 He was so scared that he pretended to be asleep. When he opened his eyes slightly, the goblins were all gone. But he kept hearing the goblins chortling.

‘What is happening to me? Have the goblins bewitched me?’

It turned out that the secret to their sudden appearance lied in their hats. One of the goblins must have dropped it as they hurried away. The old man put the hat in his bag. 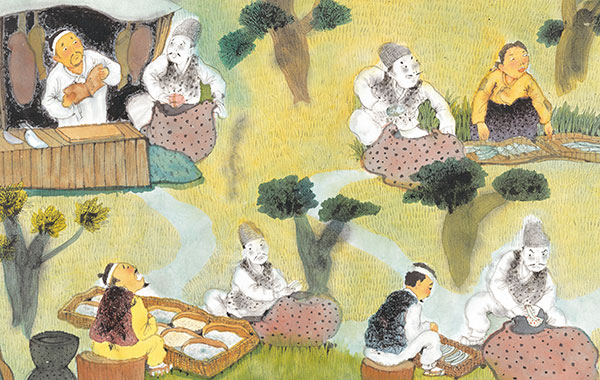 The next day, the man took the hat and a big bag before heading to the marketplace. He put on the hat and put rice cake, rice, silk and money into the bag unbeknownst to the merchants.

“Where did the clothes and money go?”

Nobody saw the old man wearing the goblin hat even though he was right next to them. 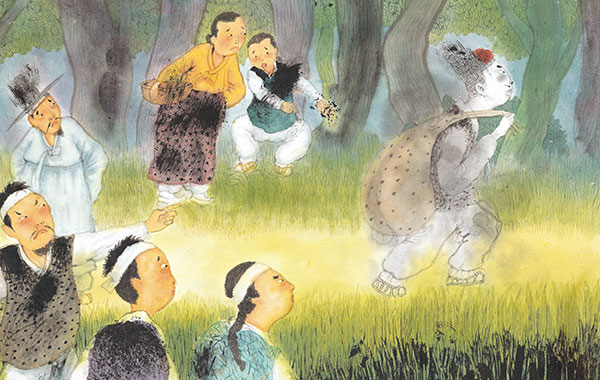 The rats had eaten away at the goblin hat, leaving a hole the size of a thumbnail. The old man mended the hole with a piece of red fabric.

Then, he went to the marketplace with the hat on like usual. But something was different this time. 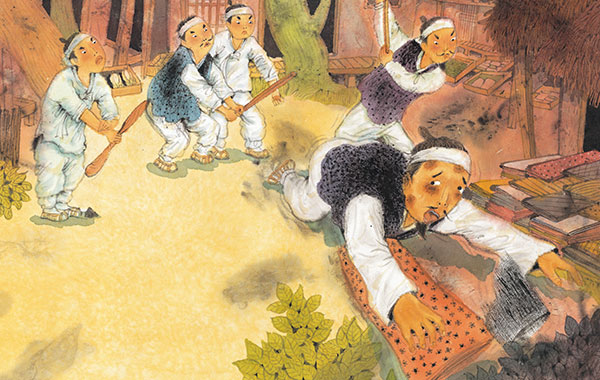 The red fabric used to mend the hole was visible to human eyes.

“Thief! That moving red fabric is the thief!”

Hearing the alert, people rushed over and started wielding sticks at the red patch.

The old man barely escaped with his life. 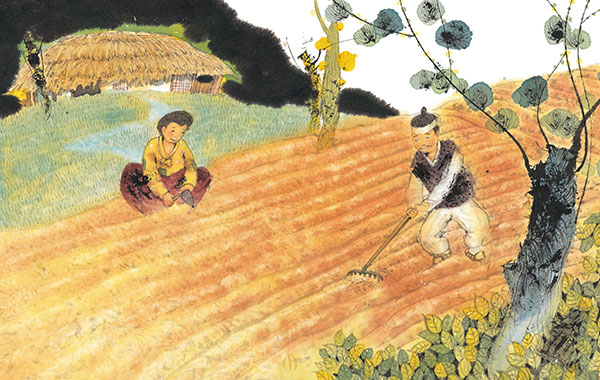 The old man threw the goblin hat in the kitchen stove.

“Dear, I’m going to return the stolen goods to their rightful owners.”

“Good idea. I’ll wait for you with your favorite roasted sweet potatoes.”

The old man resumed making hats. They were poor again but happier than ever.