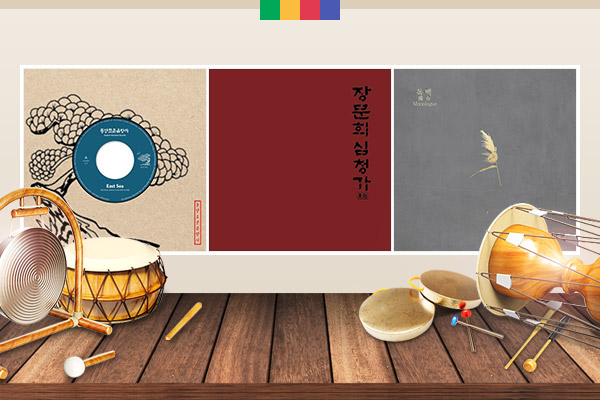 Poet Jeong Cheol정철 of the late Joseon period wrote a poem titled “Gwandongbyeolgok관동별곡” after he toured Kumgangsang금강산 Mountain and famous sights in the area while serving as the governor of Gangwon-do Province. In that poem there is a passage he wrote after watching the roaring waves of the East Sea.

I was up on Mangyangjeong망양정 gazebo after failing to see the origin of the sky.

Who is scaring the already ferocious whale,

Causing it to blow water and go rampant?

As if a silver mountain has been shredded and the shavings scattered over the world,

It snows from the high skies of May.

The whale is a metaphor for the foamy waves and the snow from the May sky the clouds of spray from the crashing waves. According to the 24 subdivisions in seasons, last Wednesday was ‘soseo소서,’ one of the 24 subdivisions in seasons, which means “a small heat” and Sunday was ‘chobok초복,’ the start of the summer heatwave, and next Wednesday is ‘jungbok중복,’ the middle of the heatwave. We are standing right in the middle of summer, so we brought traditional songs that will help you bear the heat better. The first song is titled “The East Sea,” sung by Kim Yul-hee and performed by Soul Sauce.

It wasn’t easy for people in the old days to take baths in their homes, because separate bathtubs were not available in traditional Korean homes. However, men were able to take a half-bath called “deungmok등목.” A man would be down on all fours in a sort of a downward dog pose while another person would pour water down a person’s back. This bathing practice was quite refreshing and helped Korean men withstand the heat. Coming up next is the passage from pansori “Simcheongga심청가” in which Sim Cheong’s father takes a bath. After Sim Cheong became queen, she hosts a grand party for all the blind men in the country. Her father, who hadn’t heard about Sim Cheong’s return yet, was also on his way to the party but the woman was accompanying him to the palace abandoned him in the middle of the trip. He was completely lost and helpless but decided to continue on. As he stumbled around the unfamiliar path, he heard the sound of running water. Covered in dirt from having fallen several times, he followed the sound and upon finding a clear brook, he took off his clothes and washed himself. But alas, someone stole his clothes while he was taking a bath in the brook. He either had to go naked or die of starvation. How would he get himself out of the predicament? Here’s Jang Moon-hee singing that passage from pansori “Simcheongga.”

Poet and politician Yun Seon-do윤선도 spent a total of 16 years in exile. It’s understandable that he became sick and tired of politics. So, he decided to move far away to Jejudo Island but a storm forced him to stop over at Bogildo보길도 Island. He ended up settling on the beautiful island, where he built several gazebos and spent time reading and drinking tea surrounded by nature. One of the poems he wrote while living on the island was the famous “Eobusasisa어부사시사,” a song of four seasons experienced by a seonbi living near the tea. This poem is comprised of 40 lines - ten lines for each season. The song we’re going to hear today is the poem’s modern adaptation. Here’s Kim Nari singing “Eobusasisa.”