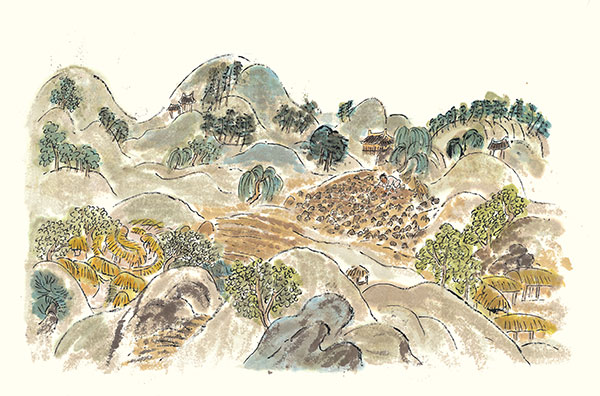 A long, long time ago, there lived a young farmer named Gapsu.

Ten years of hard work finally paid off for Gapsu. He had saved enough money to buy a small patch of land from a greedy old man.

Gapsu got to work on the field as soon as possible. He had to pick out all the rocks from the field before he could plant cabbages. 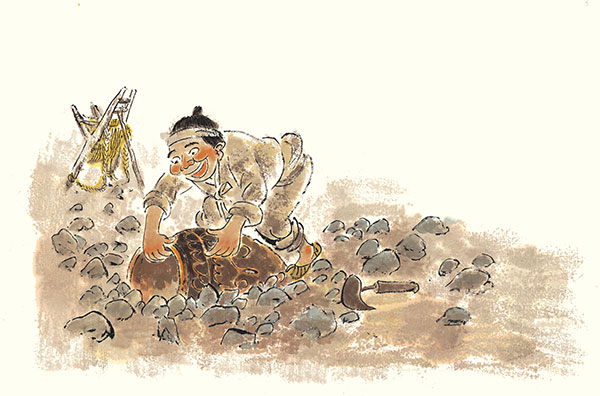 Then something amazing happened one day. He found a large jar buried deep in the ground.

“Good thing I found this. I needed a water pot.”

Gapsu put his hoe in the jar and brought it home.

The next day, Gapsu was getting ready to work at the field again and took the hoe out of the jar, when he saw another hoe in there. No matter how many times he took the hoe out, there was always another one inside the jar.

That night, he put a potato in the jar and went to sleep. 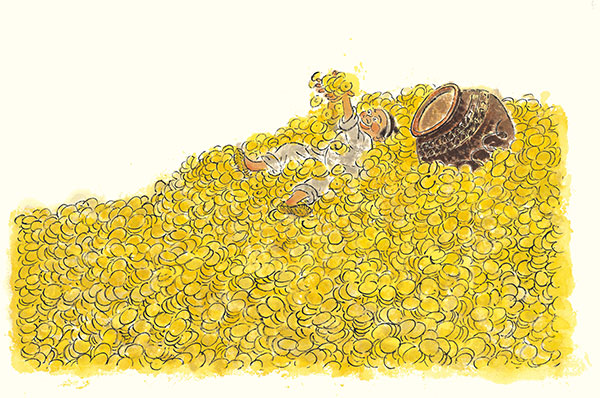 He put only one potato in the jar, but now there were too many to count. In fact, potatoes were just pouring out of the jar!

“The hoe I put in this jar multiplied eightfold the next day. That happened to the potatoes as well. That means that whatever I put in this thing multiplies many times overnight.”

Gapsu couldn’t believe what he had experienced. 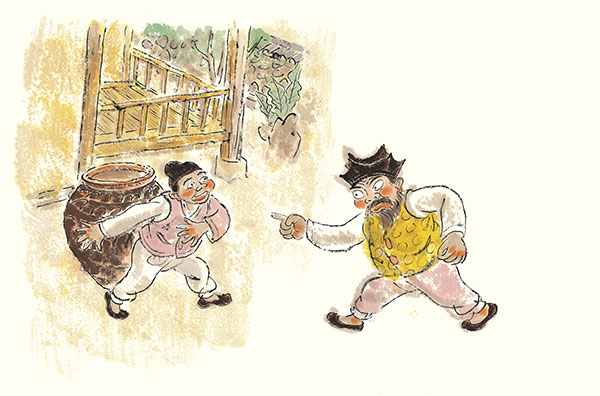 The story of the magical jar spread quickly throughout the village and eventually reached the greedy landowner.

“Gapsu, are you home? That urn came from the field I gave you, right? I am here to take my jar back home.”

The villagers who heard of the greedy landowner’s demand were furious as well, urging Gapsu to go appeal his case to the town magistrate. So Gapsu and the old man went to the magistrate’s office. 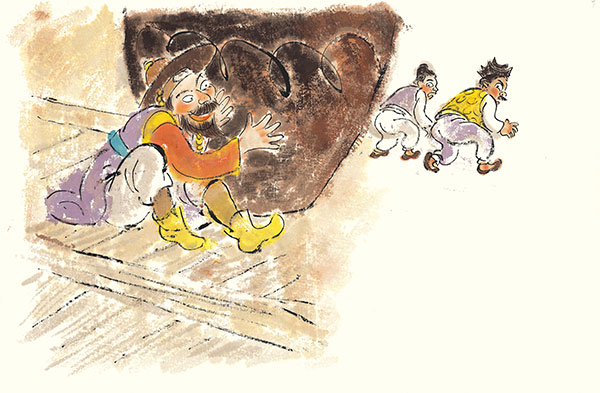 The town magistrate wasn’t interested in a fair trial. His attention was all on that jar.

“Both of you have valid points. But the jar cannot be split in half. So the magistrate’s office will take the jar and oversee its use.” 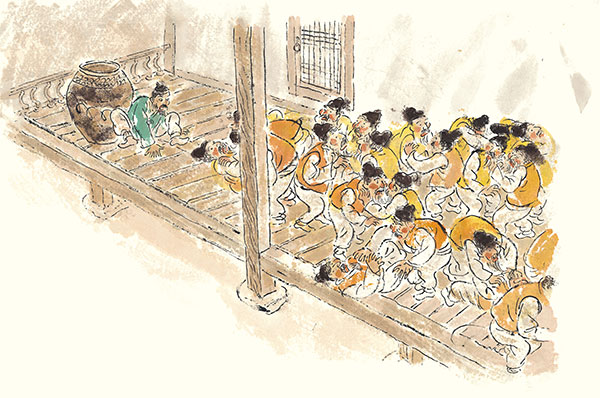 The magistrate quickly helped his father out of the jar. But he kept hearing someone asking for help from inside the jar. In no time, the living room was filled with several copies of the magistrate’s father.

The magistrate regretted coveting someone else’s property, but it was too late.