The Old Man with a Lump 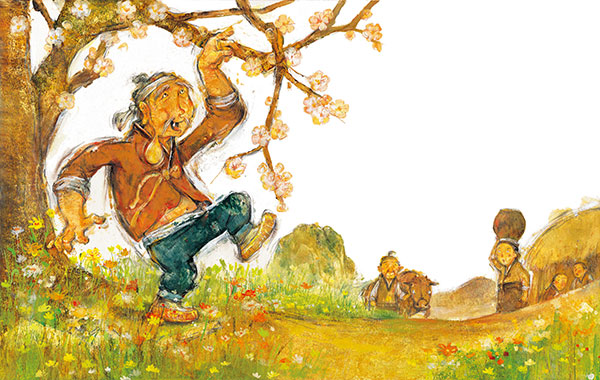 A long, long time ago, there was a beautiful village at the foot of a mountain covered with tall, lush trees.

The upper village and the lower village were divided by a small stream, and both villages had a Mr. Kim. More amazingly, they both had a lump on their left cheek.

But the two men were not at all alike.

Mr. Kim from the lower village was greedy and very bad-tempered. It wasn’t surprising that people didn’t like him all that much.

In contrast, Mr. Kim from the upper village was kind-hearted and friendly, and everyone liked him. 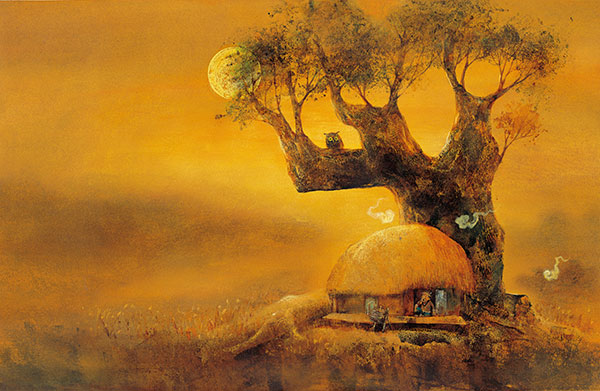 One day, Mr. Kim from the upper village went to the mountain to work chopping firewood.

“I give up. I will have to find my way when the sun comes up again.”

Luckily, he found an old shack nearby and went inside to spend the night. There, he found a wooden bench in the yard.

He got scared realizing he was all alone, deep in the woods. Hearing the animals crying from a distance, the frightened Mr. Kim sat up and started singing. 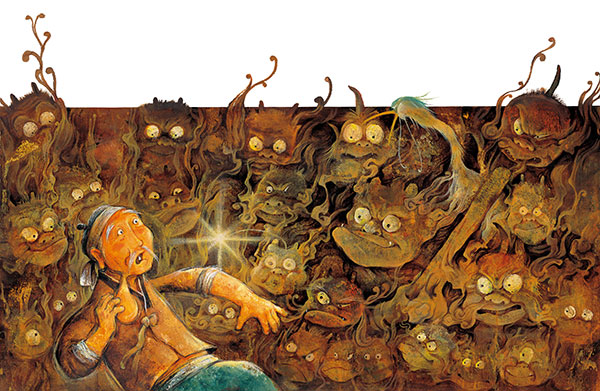 Once he was done, he opened his eyes.

He couldn't believe what he was seeing. Surrounding his bench was a group of horned dokkaebi goblins just staring at him.

They all asked Mr. Kim to sing more songs.

“Mr. Kim, please tell us the secret to your beautiful singing. Could it be because of your lump?”

“Yes, you are right. My lump is the secret to my singing.”

As soon as the dokkaebi leader touched Mr. Kim’s lump with his club, the lump came off without even a sting.

When the sun came up, Mr.Kim packed up all the treasure in his firewood carrier and headed back home. 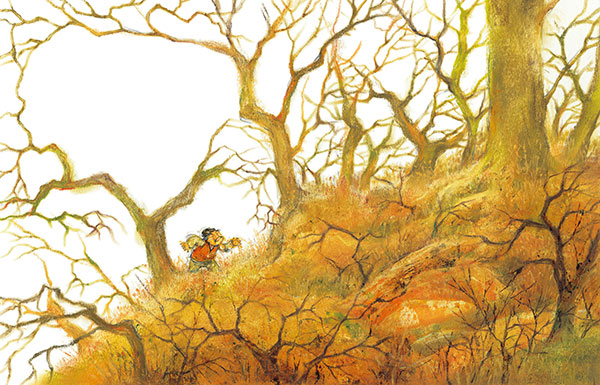 Mr. Kim from the lower village, who learned how the other Mr. Kim gained his fortune, headed to the shack in the mountain to meet the goblins..

When night came, he started singing. While singing, the greedy Mr. Kim looked around to see if the dokkaebi were really coming. To his surprise, he saw a group of goblins approaching the bench. 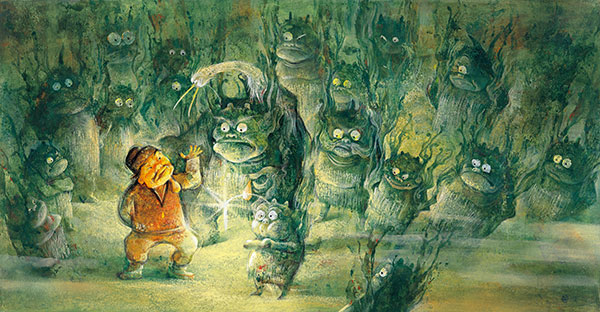 Glad to see them, Mr. Kim said hello to the goblins first.

“Aren’t you curious how I came to have such a beautiful voice? It’s because of this lump. If you want it, you can take it off of me at a price.”

But the dokkaebis suddenly got angry and grabbed Mr. Kim by the collar.

The dokkaebis were furious after realizing that the lump did nothing to improve their singing and that they had been deceived by a human. One of the dokkaebis took out the lump from the sack.

“Didn’t you say your beautiful voice came from this lump? If so, why don’t you take it back?” 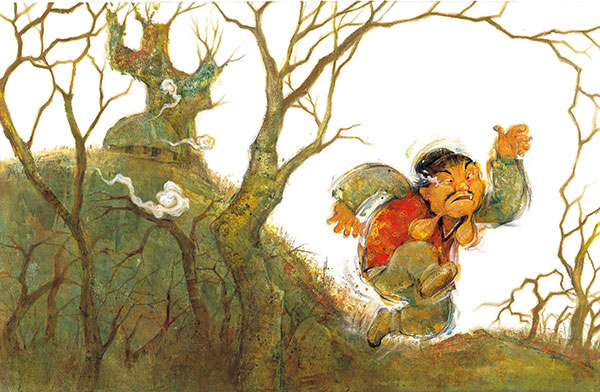 Mr. Kim from the lower village, who came back with one more lump than he bargained for, was so ashamed that he couldn’t dare venture outside of his home. And in the light of day, the villagers never saw him again.

The story of Mr. Kim from the lower village is the basis for a Korean proverb that applies to when someone tries to get rid of their burden, but ends up with more trouble than before.