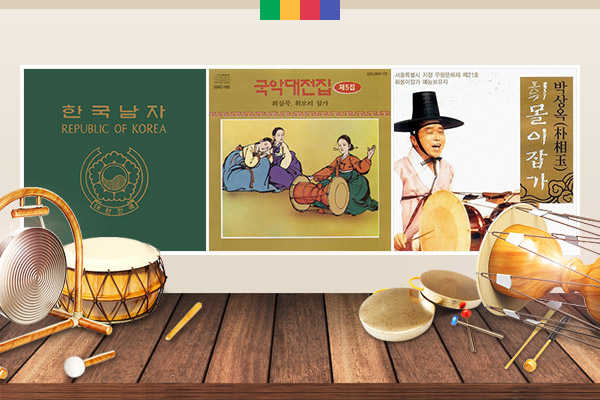 A typical Korean farming village in the old days was generally located at the foot of a low mountain with vast rice fields unfolding in front of it. Densely vegetated waterways were often found leading to the fields. People living in such a village would go fishing when it rained. Rain would cool down the water heated by the sizzling summer sun and oxygenate the water to cause the fish to swim more actively. That was when people got a chance to taste some fish and get their protein. There is a Korean song titled “A Cloudy Summer Day,” which describes a day during a summer monsoon. A villager sees lots of fish in the water but has no tools to catch them. He happens to see a boy driving an ox and asks him if he can borrow a basket to catch some fish. He also asks the boy to take the fish to his house and tell his wife to cook fish stew with lots of vegetables. But the boy, used to doing errands for others, is reluctant to do the man’s bidding, for he wants a share of the catch in return for lending him a basket. That is the story of “A Cloudy Summer Day” and here’s Lee Hee-moon and jazz band Prelude performing the song.

Today’s version of this song was sung to jazz accompaniment, but it originally belonged to a genre called “hwimorijapga휘모리잡가,” sung largely by the singers in Seoul and the Gyeonggi region. Loyal listeners of “Sounds of Korea” must remember by now that “jeongga정가” refers to poem-based songs enjoyed mostly by the nobility or the middle class. In contrast, “japga” songs are for ordinary people, but unlike folksongs we generally know as “minyo민요”, japga songs are passed down among professional singers. Japga can be understood as folksongs performed mostly by professional singers.

There was a group of japga singers called “sagyechuk사계축,” comprised mainly of small businessmen who also worked as singers on the side. They reportedly renovated old warehouses into something like acoustically engineered studios where they would sing together or invite other singers for small concerts. They would start off with jeongga pieces and then sing some long japga songs before wrapping up their musical get-togethers with hwimorijapga songs.

Hwimorijapga is faster in beat than long japga songs and a lot of hwimorijapga songs are humorous and satirical. Next up is a hwimorijapga titled “Song of Toads,” which is about the toads that sail in a wooden shoe down the Cheonggyecheon청계천 River. The song is a satire of the sad lives of people living near the Cheonggyecheon River under the Japanese colonial government. The boating company includes a toad widowed several times and one that escaped capture from police officers. Here’s master singer Lee Chun-hee singing “The Song of Toads.”

The Song of Toads/ Sung by Lee Chun-hee

Hwimorijapga is characterized by fast-paced narratives and melodies. So it’s much easier to understand than long and slow jeonga songs or other types of japga songs. The last piece for this week’s Sounds of Korea is “The Song of Boulders.” Its lyrics describe how a man ate rice not washed carefully enough and bit down on little bits of rock. He could have just spat out the rice but he decides to write a song about it. He lists all sorts of famous rocks and boulders found in and around Seoul, like the Beggar Rock inside the capital’s West Gate and the boulder outside of Jahamun자하문 Gate. After citing all these rocks, he opens the iron rice pot to discover a pair of haetae해태, a mythical creature known to be quite wise, made of granite climbing out of the pot. This funny and exaggerated song will be sung by Park Sang-ok today.

The Song of Boulders/ Sung by Park Sang-ok