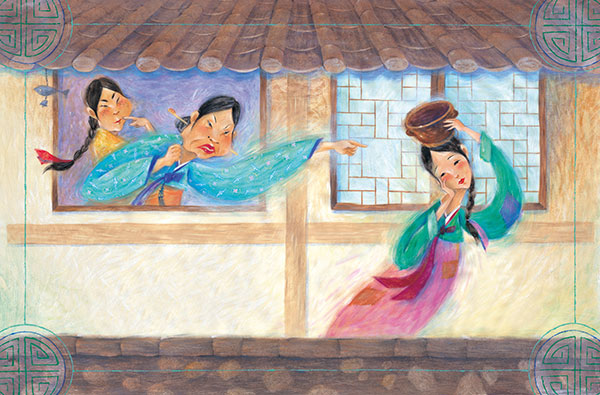 A long, long time ago, there lived a kind-hearted couple who had a daughter named Kongjwi. Kongjwi’s mother passed away when Kongjwi was just a baby, and when she turned 14, her father remarried.

The woman had a daughter of her own called Patjwi, who was a year younger than Kongjwi. The stepmother was very nice to her stepdaughter, but only in front of her husband. When he wasn’t around, she tormented the girl with all the house chores. 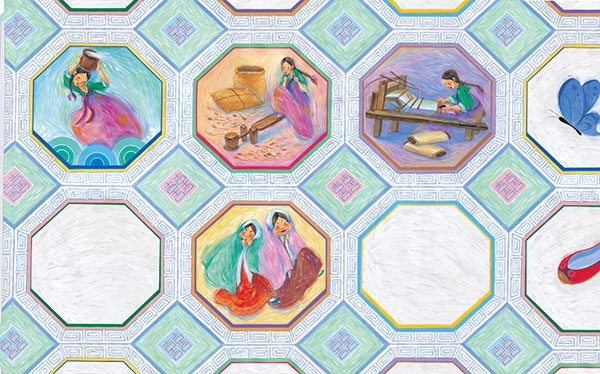 One day, the town’s new magistrate held a big celebration for the entire village. The stepmother took only Patjwi to the party, leaving Kongjwi with so much work to do.

“Kongjwi, you can come to the pary once you’ve cleaned the house, filled the jar with water, hulled the rice, and woven a bolt of fabric.” 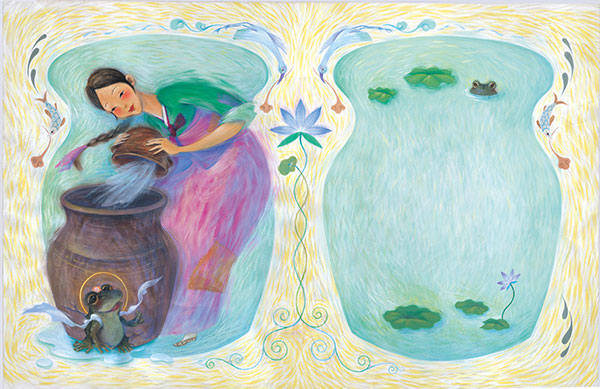 Kongjwi started with the chores as quickly as she could in the hopes of finishing them before the celebration was over. She put out the rice to dry and swept every corner of the house. Then she started filling up the jar with water. But something was not right. No matter how much water she poured in the jar, it didn’t fill up at all.

That was when a big toad crawled out from a corner of the yard.

“You won’t be able to fill up the jar, because it has a big hole at the bottom. I will plug the hole with my body so that you can fill it up. You go get the water.”

Thanks to the toad that plugged up the hole, the jar soon filled up with water. 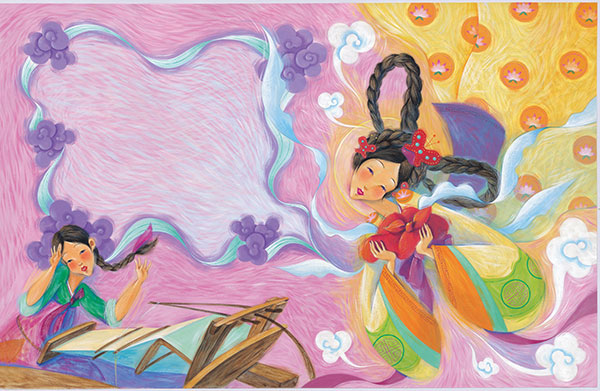 Now what is going on here? As the sparrows flew off, they left behind white rice grains, with all the husk removed.

Kongjwi then went to the loom to weave fabric. To her surprise, she found a heavenly maiden already at work. The divine lady gave Kongjwi a beautiful dress and a pair of shoes with floral embroidery.

“Are these all for me? They’re so pretty. Thank you so much!”

Kongjwi put on the silk dress and flower shoes and rushed to the party. 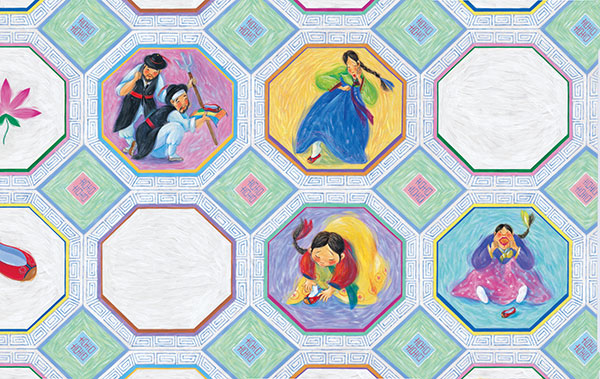 “Who is that lovely girl?”

People at the party all started whispering in admiration when they saw Kongjwi enter. The stepmother couldn’t stand the fact that even the new magistrate showed interest in the girl.

“What are you doing here without finishing the work I told you to do? Go home at once!”

Frightened to see her stepmother so angry, Kongjwi had no other choice but to go home, crying. She was in such a hurry that she didn’t realize that one of her shoes had slipped off. 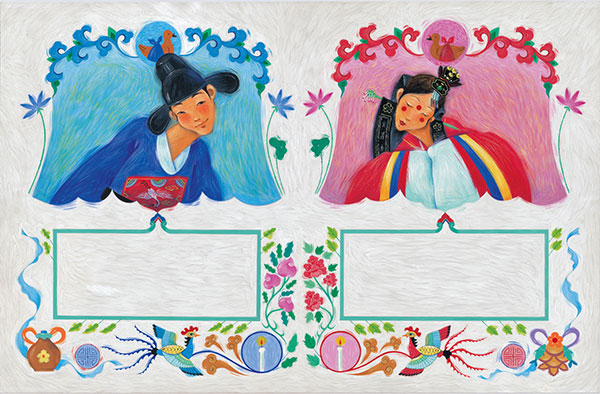 A few days later, the young magistrate and his officers went out in search of the lost shoe’s owner. At last, they arrived at Kongjwi’s house. Kongjwi carefully put her foot into the shoe.

“It fits perfectly. The shoe indeed belongs to the young lady.”

The magistrate fell in love with Kongjwi. He was even more impressed by Kongjwi’s kind heart after hearing how a heavenly maiden gave her the shoes.

He asked her to marry him right there and then and they lived happily ever after.