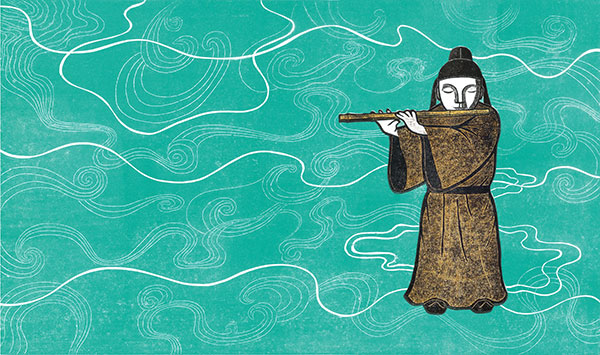 “Now that Manpasikjeok is played, everything will be fine.” (Man 2)

Legend has it that there was a magical wind instrument that came to the rescue whenever a country was in peril, and brought peace and prosperity. The magical flute was called “Manpasikjeok,” meaning an instrument that calmed all the waves. This is the story of King Sinmun, and his father King Munmu. 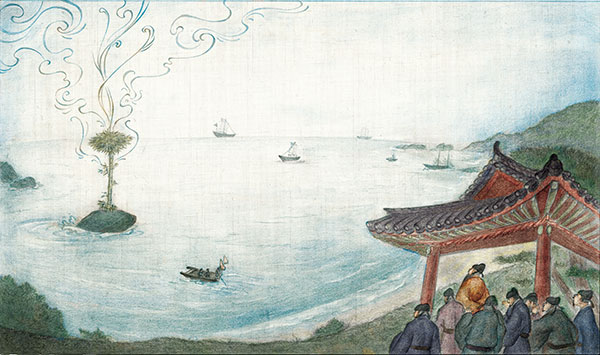 King Munmu was the great ruler who unified the three kingdoms of Goguryeo, Baekje and Silla.

It was King Munmu’s long-standing wish to keep the unified kingdom safe from the dangers of Japanese marauders. That was why he wanted to become the dragon of the East Sea and safeguard the country.

“When I die, I want you to bury me inside the rocky islet in the middle of the East Sea. I will protect Silla from  invaders.”

Honoring his father’s last wish, King Sinmun built a pond on the rocky islet in the middle of the East Sea and built a tomb for his father in that pond. 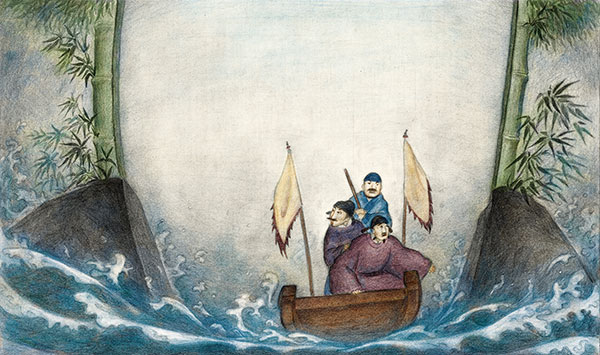 It was a peaceful time in Unified Silla. But then, a small mountain was seen drifting in the East Sea.

Soldiers boarded a raft and sailed over to the small mountain. A bamboo tree that had been split into two during the day, merged into one as the sun set. They hurried back to the king to report this strange incident. 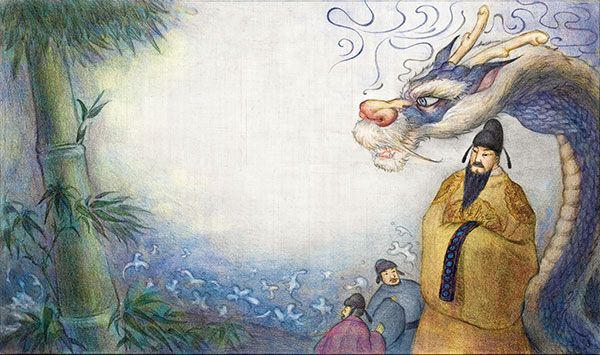 King Sinmun and his officials got on a boat and went to the mountain floating on the sea.

That was when a black dragon emerged from the sea and told them an amazing story.

“That bamboo tree is a very auspicious being. It will fuse together at night. That is when you should chop it down and make an instrument out of it.”

After returning to the palace, King Sinmun summoned the best flute maker in the kingdom.

“King Munmu has sent us this magical bamboo tree to protect the kingdom from invaders. Use it to make the best instrument you can.” 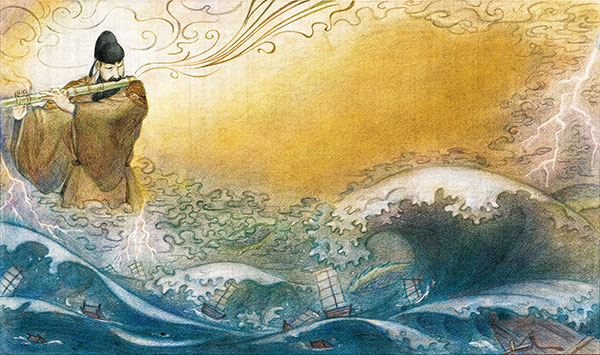 Then one day, Japanese pirates invaded the peaceful kingdom. That was when King Sinmun remembered the magical flute.

Then a miracle happened. The marauding pirates started to retreat as if frightened out of their wits. 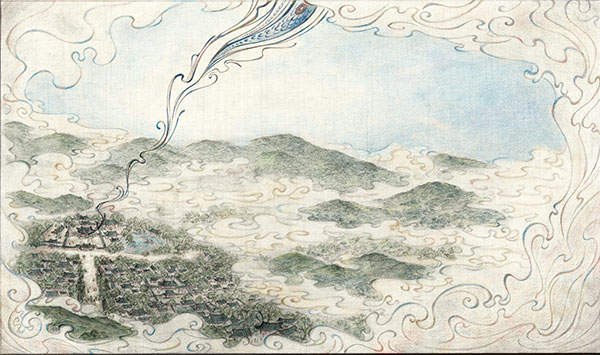 After that, the magical flute was named “Manpasikjeok,” which meant the flute that brings peace whenever the kingdom faces trouble.

The story of King Sinmun and the magical flute which protected the kingdom can be found in the ancient historical books Samgukyusa and Samguksagi.