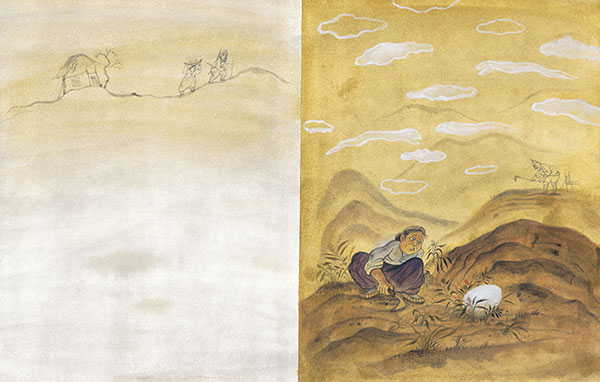 Once upon a time, there lived an old couple. The couple prayed to the mountain god every day for a child of their own.

Their fervent prayer must have moved the mountain god, for at last the old woman gave birth to a baby.

What she gave birth to was not a human child, but a serpent.

“It is the mountain god’s will. We must take good care of the precious life he gave us.” 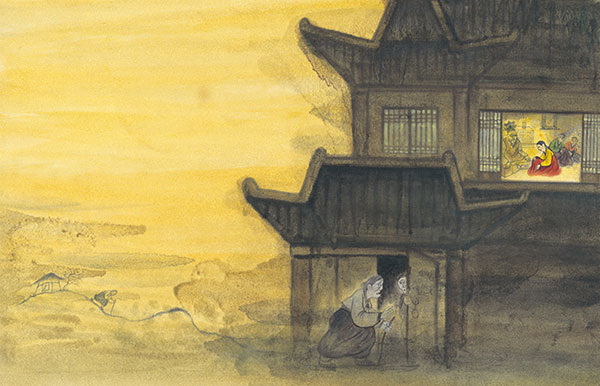 Time flew by and the baby snake grew up to be a healthy and strong.

The old woman visited her neighbor and told them that her son wanted one of her daughters to be his bride. The two older girls refused to hear any more of the offer, but the youngest daughter reacted differently.

“I will marry the serpent.”

She was surprisingly affectionate toward the serpent. 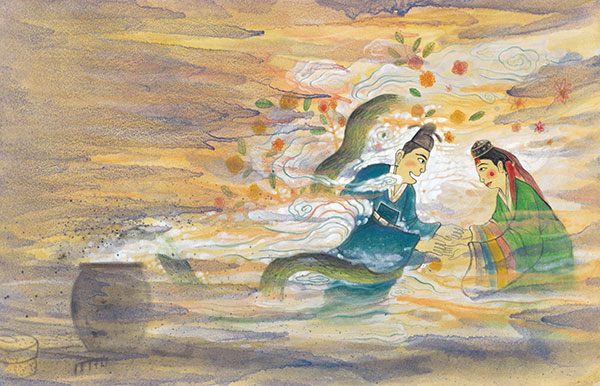 The serpent and the neighbor’s youngest daughter got married.

When night came, the bride started dozing off.

She woke up to the sound of a door opening. But to her amazement, a young man she had never seen before was standing in front of her.

“Dear wife, please calm down. It’s me, your husband.” 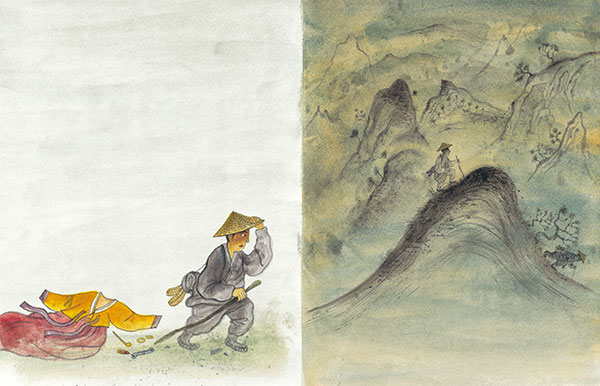 The husband was originally from Heaven, but had been exiled to Earth in the form of a snake after doing something wrong. He could turn into his human form at night, once he found his true match.

So the couple did their own thing by day and spent their nights happily together as man and woman.

One day, the husband told his wife that he had to go on a long trip. His punishment was finally over, and he had to report to Heaven before turning into a human being for good. 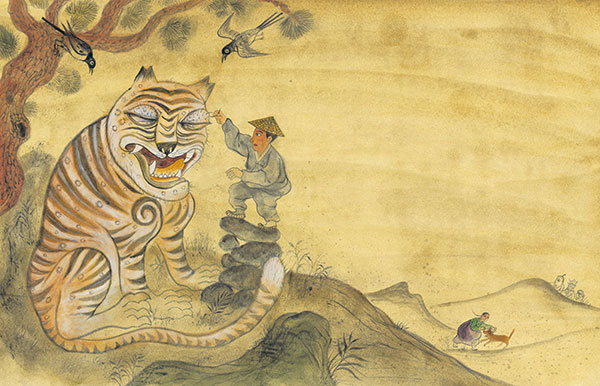 Tired of waiting for him at home, she decided to go out and look for him herself.

Along the way, she helped out some crows, a boar and a lion. She finally arrived at a place the animals told her to go and found a beautiful village right before her eyes.

The husband and wife embraced each other and cried tears of joy.

But alas! In a few days, the husband was to be wed with the daughter of the village chief against his will. 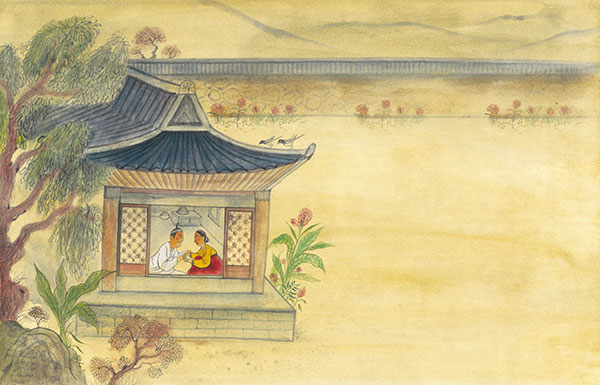 The couple went to the village chief and told him their story.

After thinking for a long time, the village chief said the first person to complete three missions would wed the serpent husband. The young bride poured all her energy into completing the tasks so that she could stay married to her husband.

Because she truly loved her husband, and never gave up, the young woman was able to win back her husband. The two returned to their village and had many children, and lived happily ever after.