The Tale of Lady Park 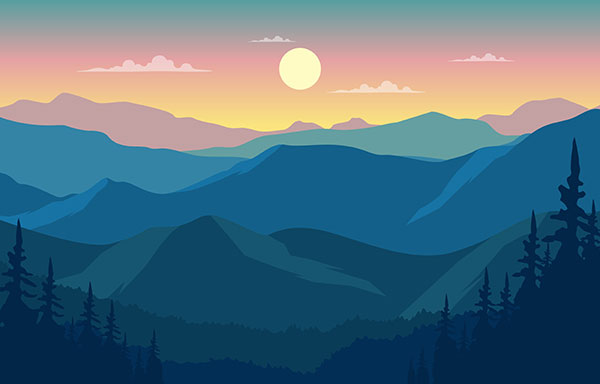 A long, long time ago, in Mount Geumgang, lived a Taoist scholar by the name of Park Hyeon-ok. He was a man of great intellect and character but didn’t seek fame or fortune.

One day, a man named Lee Deuk-chun was appointed as a government inspector in the neighboring village.

On the wedding night, when Lee Si-baek the groom entered the bridal chamber where the new bride was waiting, he was startled out of his wits.

“There is a monster inside. It has a bulging forehead and hideous eyes and mouth.”

Si-baek never returned to his wife’s chambers. Even Inspector Lee’s wife and servants stayed away from the new bride and spread nasty rumors about her.

One lovely night, Lady Park’s father came down from Mount Geumgang riding on clouds to visit his daughter.

When he chanted a magic spell, Lady Park’s skin fell off, revealing a breathtakingly beautiful woman. 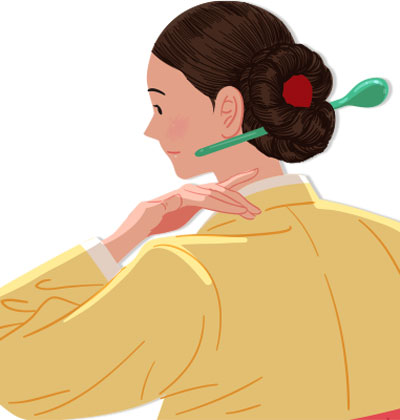 Lady Park explained to her husband what had happened.

“Dear wife, I’m truly sorry for judging you based on your appearance. I’m so ashamed now. Please accept your shallow husband's apology.”

At the time, the Joseon dynasty’s northern border was plagued by foreign invaders. Generals Lee Si-baek and Lim Gyeong-eop were sent to defend the country against the Qing Dynasty.

Ki Ryongdae was a formidable character capable of performing Taoist magic. But Joseon had Lady Park, who was already well aware of the princess’s scheme.

Just as Lady Park had predicted, Ki Ryongdae, disguised as a woman named Seoljungmae, attacked her, but Lady Park performed a magic spell that sent the princess back to her palace instantly. 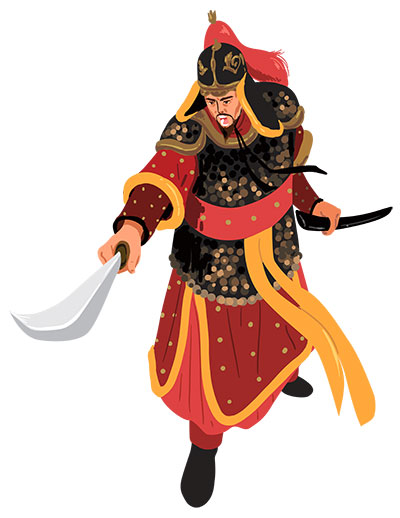 The Chinese emperor became frustrated when his daughter’s sorcery failed to work. So he sent two of his most trusted generals, brothers Yong Goldae and Yong Uldae, to invade Joseon.

Of course, this plan was already detected by Lady Park who could see the future. She told her husband to evacuate the king to Namhansanseong Fortress.

Enraged to find the capital without the king, General Yong Goldae instructed his younger brother to destroy the city. When Yong Uldae came to Lee Si-baek’s house, Gyehwa, shielded with Lady Park’s magic, fought off the general and his soldiers.

As instructed by Lady Park, the king of Joseon wrote a letter of surrender to the Chinese general Yong Goldae. He had to send his eldest son, the crown prince, to China as hostage, but the war came to an end.

Just when he was ready to return to China, Yong Goldae received the news of his younger brother’s death. He raced to Lady Park’s house.

That was when Gyehwa showed up and fought the general. Then, Lady Park herself appeared and cast a spell, immobilizing the general’s arms and legs.The general begged for his life, and Lady Park let him return to his country.

The war truly ended and the king of Joseon appointed Lee Si-baek to a high government post and granted an honorable title to Lady Park for saving the country.