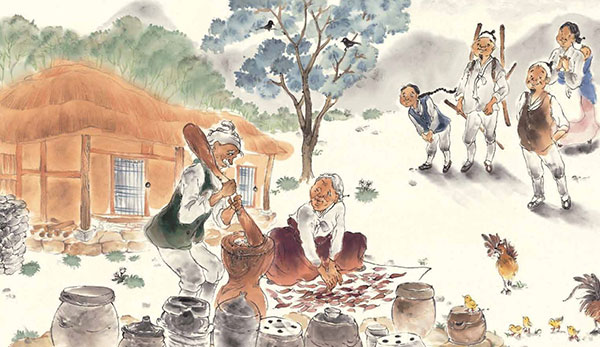 Once upon a time, in a small village, there lived an old couple.

Although the two were poor, they cared for one another very deeply and lived happily together.

Next door to the old couple, there lived a greedy man.

The neighbor was actually very rich, but he would drop by the old couple’s house at mealtime to satisfy his hunger. 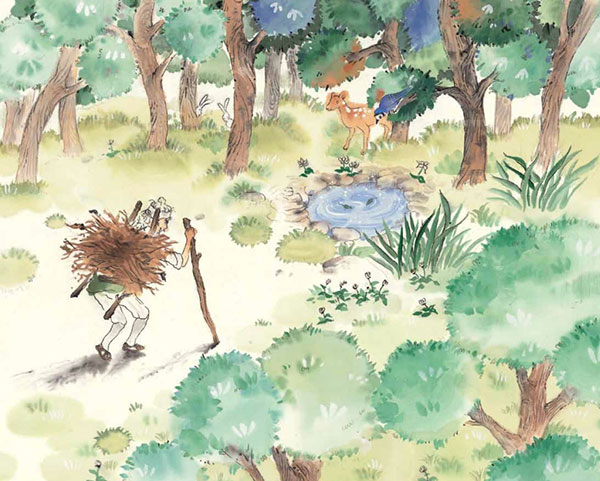 The next day, the old man went to work to chop wood. He gathered up tree branches and loaded them on his wood carrier. He was about to leave when he heard a songbird sing beautifully. The old man sat there listening to the bird for a while, then stood up to go back down the mountain. That’s when he spotted a small spring.

“Oh look, a srping! I’d better drink some water from there.” 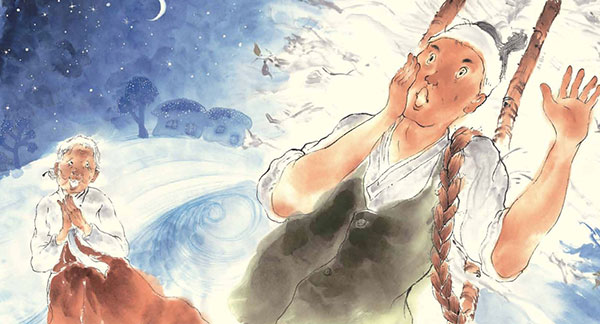 Meanwhile, the old woman, worried about her husband, started going up the mountain herself.

Before long, she spotted a man with a wood carrier. It was too dark to see his face, but she was sure it was her husband.

The two walked down the mountain together.

Once they got home, the old woman was startled out of her wits. 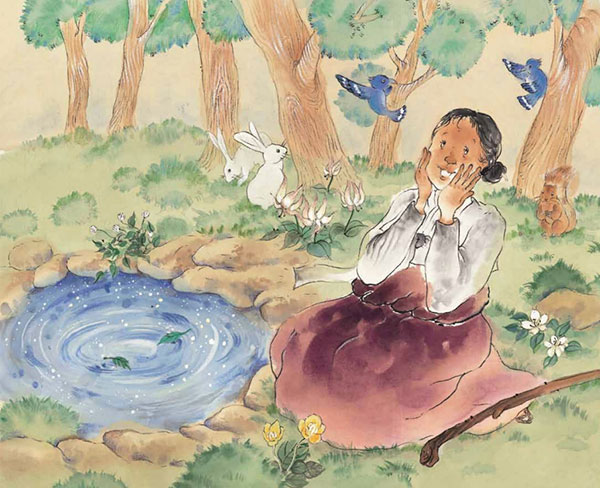 It was too dark in the woods to see clearly, but now that she saw him in the light, the man standing next to her looked like her husband, but from his younger days.

Her husband told her all about the spring everything that took place in the woods that day.

The next morning, the man took his wife to the mountain.

“There is the spring I told you about last night. Now, why don’t you drink some of the spring water as I did?”

The old woman drank from the spring.

“You became younger! You’re just as beautiful as the day I married you.”

The couple embraced each other in joy. 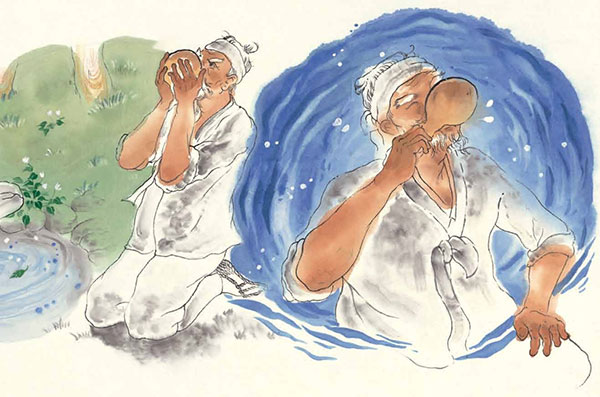 The greedy neighbor was startled to find the strangers.

The kind husband told him everything that had happened.

As soon as the rooster crowed, the man rushed toward the mountain.

The greedy man ran to the spring and drank up as much water as he could. 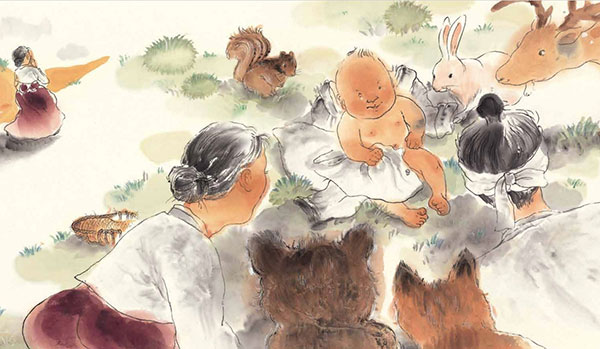 When their neighbor didn’t return home, the kind-hearted couple rushed to the spring in the woods. Instead of their bad-tempered neighbor, they found a crying baby.

That’s right. Their neighbor got greedy and drank too much of the spring water.

The couple raised the baby with love and attention. The greedy neighbor grew up to be kind and considerate, unlike his former self. The three lived happily for the rest of their days.