Songs for the New Year’s Day 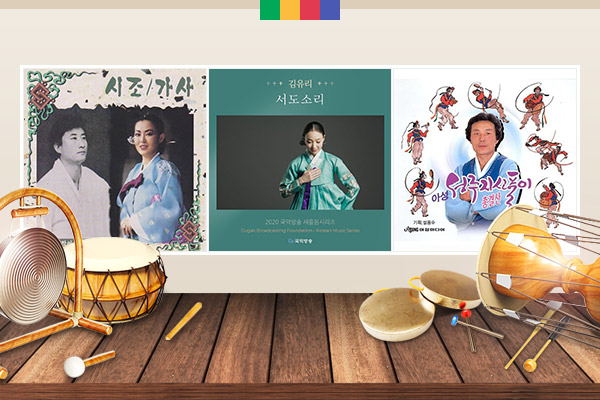 There once was a Joseon-era scholar and politician by the name of Nam Gu-man남구만 who was exiled to Gangwon-do Province after he was involved in political strife. Confucian scholars of Joseon, called ‘seonbi선비,’ didn’t change their way of life even in exile. Although they lived in poverty and loneliness, they read books to sharpen their intellect and used knowledge in their attempts to help ordinary folks and make their lives better. While Nam Gu-man was banished to a village in Gangwon-do for two years, he earned the respect of the locals by teaching local residents how to read as well as fostering local industries. One of the poems he wrote in banishment is “East Window,” a favorite of the Korean people.

Is the east window lightening? The skylark is chirping.

Is the young cow herder not up yet?

When is he going to work the long-furrowed field beyond the hill?

The essence of the poem is encouraging a farmer to farm diligently. It is the exiled scholar’s way of gently suggesting everyone to fulfill his or her role in society: for a student to study hard, a fisherman to fish, and a government employee to be loyal to the country and serve its people. Here is Lee Dong-gyu singing “East Window.”

Year 2022 has dawned and people undoubted made countless resolutions. Among the New Year’s resolutions that people make most often, yet also fail most often, are losing weight, quitting smoking, learning a new language, working out and reading books. How many of these resolutions have you made this year? In addition to making New Year’s resolutions, several customs are carried out on the eve of the New Year’s Day, or at the beginning of a new year, like hanging a strainer on the door on the last day of the year or hanging a painting in a room or jumping on a see-sawing plank called ‘neol널.’ Hanging a strainer prevents evil spirits from entering a home because the spirits will be too busy counting the holes before the day breaks. Hanging a painting of a brave general, a tiger or a dragon also wards off evil spirits. Koreans used to fly kites until the first full moon of the year and then cut off the tethers on the day of the first full moon to send away bad fortune together with the kites. That wasn’t all. Koreans of old also used to invite traveling folk bands to play music to entertain the gods or have professional Buddhist scripture readers to pray for peace in the households. All these practices were meant to chase away bad fortune and bring in good luck. Let’s listen to

People in the old days used to often pray to the heavens and ancestors. They prayed to the sun when it dawned and to the moon at night. Koreans thought of their ancestors first on traditional holidays and prayed to them to look over the well-being of their families. More important than wishing for good fortune for themselves and their families was that they were compelled to live their lives as best as they can with humble hearts, believing that the gods were keeping their eyes on them and would eventually reward them by making their wishes come true. Their faith prevented them from becoming too lazy or mistreating others. Today’s last song is “Jowangpuri조왕풀이” sung by Jo Sang-yong. Jowang was one of the highest-ranking household gods in charge of the kitchen. Serving Jowang faithfully resulted in plenty of food and health for all family members. So let’s listen to “Jonwangpuri” while praying for the well-being of our loved ones throughout the year.