Music for the New Year 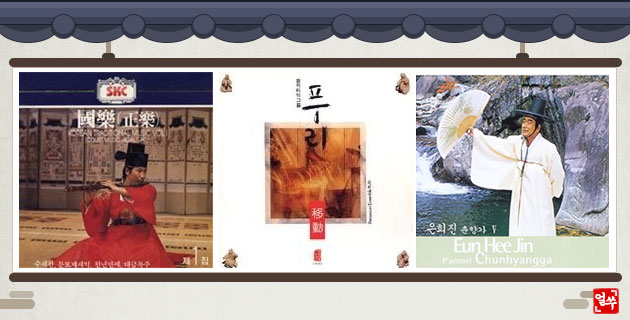 Chinese poet Tao Yuanming wrote a poem called “Four Seasons,” which describes the passing of time. Here is a rough translation of that poem.

All the ponds are filled with spring water
And strange clouds rise like peaks in the summer sky.
Moonlight in the autumn night is clear and bright,
And a lonely pine tree stands tall on a winter hill.

Each line draws a picture of a seasonal landscape right in front of your eyes, doesn’t it? Four seasons of last year have passed by like an arrow and another cycle of four seasons has begun. Did you make any New Year’s resolutions this year? You may feel there is plenty of time to keep all those resolutions, but this year may go by as quickly as 2017, or maybe even faster. Although they didn’t have to, ancient people divided time into days, weeks, months, and years, perhaps because they wanted to have some reference points to look back at their achievements or wrongdoings and to plan ahead. They must have thought that they could make their lives better by looking at the mistakes made in the previous day, month, or year and vowed to make better decisions in the future.
Music 1: Sujecheon/ By Court Music Orchestra, National Gugak Center
The court music opus you just heard is titled “Sujecheon” and was performed by the Court Music Orchestra of the National Gugak Center. “Sujecheon” is said to have originated from a Baekje-era song named “Jeongeupsa (정읍사).” The ancient song is about a woman’s prayer for her husband, a street vendor at a market. When he fails to return even late at night, she sings to the moon to rise up even higher so that the moonlight can better illuminate his way home. This song was passed down many generations, through the Goryeo period and the Joseon Dynasty. However, its lyrics have been lost over the long years, leaving only its melody. Renamed “Sujecheon” in the Joseon Dynasty, the music was performed as an accompaniment piece for the royal dance “Cheoyongmu (처용무)” and sometimes when the crown prince traveled. “Sujecheon” is slow and long, and even the beats are not regular, giving it a sense of freedom. Yet there is a strict order to the arrangement if you listen to it carefully. This is why Koreans regard “Sujecheon” as one of the best pieces of traditional Korean music and westerners call it “spiritual music” or “heavenly music.” The music may help you calm down from all the year-end partying and make plans for the New Year. The next piece we’re going to hear is titled “Gilgunak (길군악)” performed by Puri. “Gunak” is military music and when the word “gil,” meaning road, is added at the front, the term “gilgunak” indicates music performed while marching. So it essentially means military marching music. There are several pieces with the same title “Gilgunak” in Korean music. Some were performed for the real armed forces, while others were for farm music or shamanistic rituals. “Gilgunak” can be called Korea’s version of lively parade music. Here’s the traditional Korean ensemble Puri with their contemporary version of “Gilgunak”.
Music 2: Gilgunak/ By Puri
There are many obstacles standing in our lives. In addition to physical obstacles or situations that prevent us from doing what we want to do, natural conditions like the summer heat wave or winter cold snaps undermine our resolve to achieve something. Even the schools, companies, and communities we belong to have rules and regulations that restrict our behaviors. These constraints can provide excuses for our failures or lack of self-discipline, but can also comfort us when we get unsatisfying results despite enormous efforts. In the pansori “Chunhyangga (춘향가),” there is a passage at the end when Lee Mong-ryong, who has returned home as a secret government inspector, punishes corrupt local officials who tormented residents, including his beloved Chunhyang. People watching this pansori have all been waiting for that thrilling and gratifying scene when the greedy officials flee this way and that at the announcement of Lee Mong-ryong’s arrival. I hope every obstacle standing in your way this year would flee like those officials, and the road ahead of you would stand smooth and straight. Let’s wrap up this episode of Sounds of Korea with the final passage from “Chunhyangga” performed by Eun Hee-jin.
Music 3: A passage from “Chunhyangga”/ Sori by Eun Hee-jin, drum by Kim Cheong-man
Share
Print
List