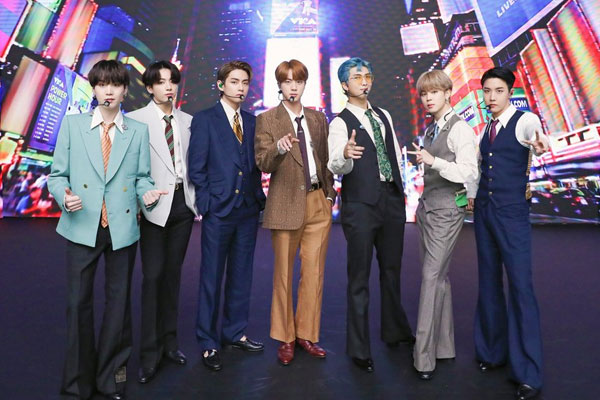 BTS has performed at the iHeartRadio Music Festival which was streamed online in the United States.

The band was booked along with stars such as Alicia Keys and Coldplay on the first day of the two-day festival and presented pre-recorded live stage performances of their new single “Dynamite” as well as past hits.

“Dynamite” remained on the Billboard Hot 100 at 2nd place this week after debuting at no. 1 upon its release.