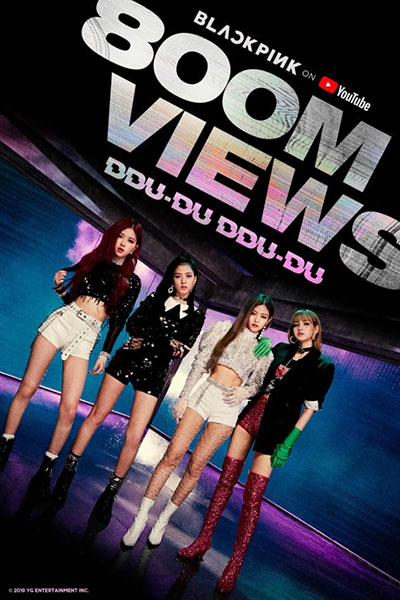 Blackpink has become the first K-pop group with a music video gathering more than 800 million views on YouTube.

According to the group’s management agency, Blackpink’s “Ddu-Du Ddu-Du” surpassed 800 million views over the weekend, reaching the milestone nearly a year since it’s release last June.

Other than Blackpink, Psy is the only Korean singer who surpassed the record as his global hit “Gangnam Style” has 3.3 billion views on YouTube.