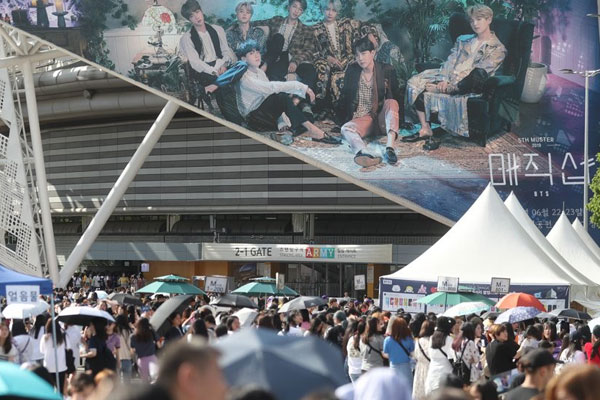 Major landmarks in Seoul were illuminated in violet to celebrate BTS and their fan meeting and concerts in Seoul.

The group held the Seoul leg of its “5th Muster [Magic Shop]” fan meeting and concert tour at Olympic Gymnastics Arena of Olympic Park over the weekend. The landmarks, including N Seoul Tower and Lotte World Tower were lit up in purple in the midst of the fan meet-and-greet.