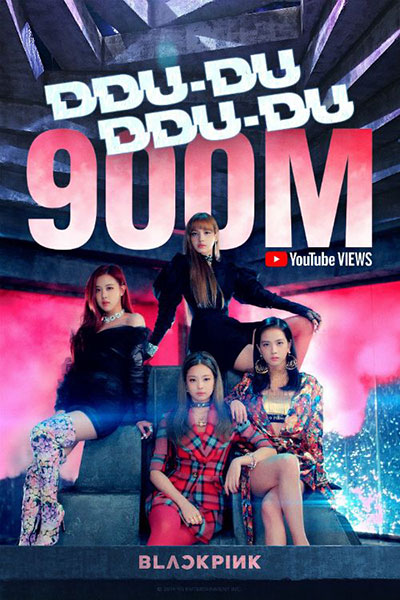 It is the first time that a music video by a K-pop group has reached the milestone. The MV hit the 900 million view mark late Tuesday, slightly more than one year after its release in June last year.

The group is one of the most prominent girl groups in the K-pop scene with the MV for "Kill This Love" reaching 500 million views since its release in April.