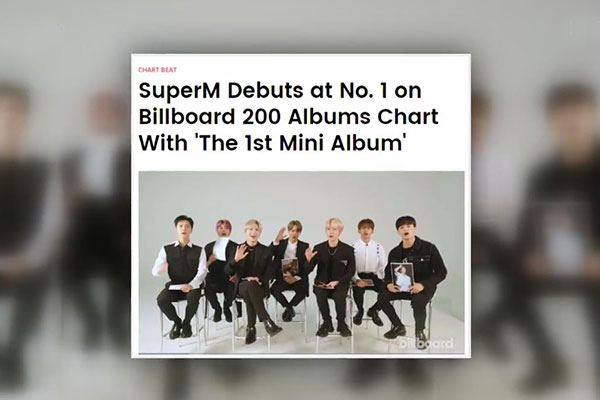 The band has become only the second K-pop music act to top the main Billboard albums chart following BTS and the very first to top the chart with its debut album.

The feat marks a breakout hit for the joint music venture between Korea’s SM Entertainment and Capitol Music Group, a high-profile US distribution network.