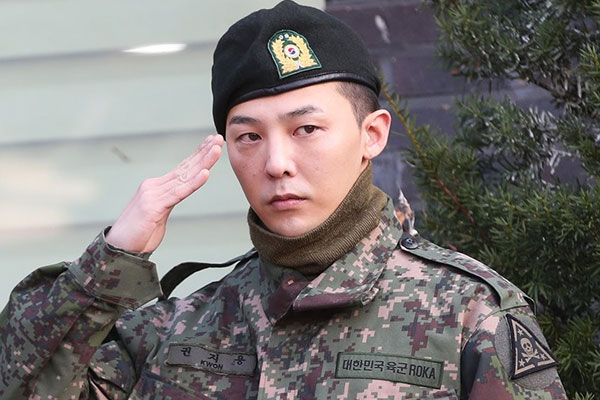 The leader of K-pop boy band BIGBANG, G-Dragon, has completed his mandatory military service and was discharged over the weekend.

Thanking the media and fans who gathered to see him discharged, G-Dragon, whose real name is Kwon Ji-yong, said he will now do his best in his main business.

Beginning his military service in February 2018, G-Dragon has been embroiled in controversy following an allegation that he received special treatment in the military. Two other BIGBANG members, Taeyang and Daesung, are currently serving their mandatory military service.