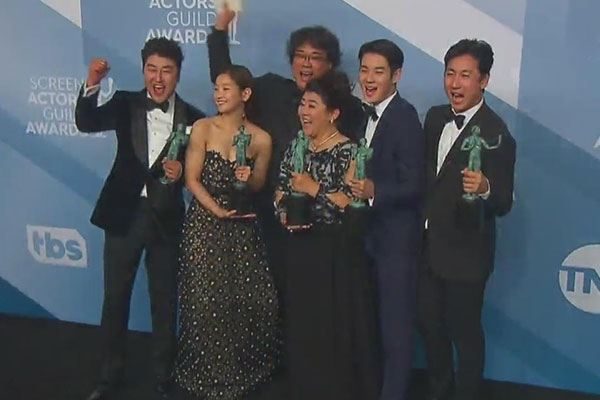 Director Bong Joon-ho’s black comedy “Parasite” has won a key award at this year’s Screen Actors Guild (SAG) Awards in the US.

The film’s 10-member cast, which includes veteran actors Song Kang-ho and Cho Yeo-jeong, was named the winner of the 26th Screen Actors Guild Award for Outstanding Performance by a Cast in a Motion Picture during the award ceremony held in Los Angeles on Sunday Jan. 19 (US time).

It was the first time that the award was given to a foreign language film since Roberto Benigni’s “Life is Beautiful” won it 21 years ago.